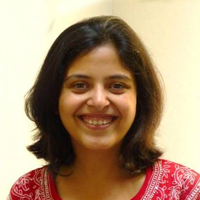 Access to roads is believed to be essential for economic growth and poverty alleviation. This column evaluates the short-term impact of Pradhan Mantri Gram Sadak Yojana – India’s flagship rural road programme. It finds positive effects on trade between villages and cities, primary school enrolment, and use of productivity-enhancing agriculture inputs. However, school dropout rates among teenagers increased owing to better access to jobs.

In recent years, several countries and policy organisations have directed huge sums of money towards the construction of roads. For instance, the World Bank has spent US$20 billion annually on transportation infrastructure since 2006, 69% of which has been for roads. Similarly, the Government of India spent more than US$30 billion on roads between 2001 and 2010.

Much of this spend is based on the belief that access to roads is essential for economic growth and poverty alleviation. However, there is limited understanding of the true impact of infrastructure provision on social and economic outcomes. The primary reason behind this is that roads (and other public goods) are usually provided based on economic, political, or social factors - for instance, they may be provided for vote-garnering just before an election. As a result, it becomes difficult to disentangle the effect of the road from that of these other factors.

In contrast, India’s flagship road construction programme, the Pradhan Mantri Gram Sadak Yojana (PMGSY), initiated by the Government of India in December 2000, is based on a pre-determined rule. Under PMGSY, the government mandated that every village with a population of at least 500 would have access to a paved road to the nearest market centre. This rule-based provision of roads enables measurement of the true impact of the road itself, independent of other confounding factors mentioned above.

In general, we expect roads to bring about broad-based change. The main belief behind the recent spurt in road construction activity across the world is that by connecting markets to individuals, as well as to other markets, roads can spur economic activity. Specifically, when two locations are better connected to each other, they will trade more intensively. This can lead to either an increase in the availability of new goods, or a decrease in the price of goods that were already available as the transportation cost component in the final price goes down.

Further, roads can expand access to economic opportunities (for instance, I may be able to sell my goods in a new market, increasing the overall demand for my goods), which can have implications on other important economic decisions such as investment in human capital, occupation choice, and migration.

In addition, road construction can engender social transformation by bringing about changes in access to services such as schools and hospitals. In the long run, road connectivity can also improve access to modern practices and ideas by bringing remote locations closer to the mainstream.

These theoretical possibilities make a strong case for road construction. However, road construction is extremely investment-intensive, and therefore, money spent on road construction diverts funds away from other social activities. Therefore, it is important to have evidence on the efficacy of roads as a tool for economic development. In recent research, we analyse the impact of the PMGSY programme to provide such evidence (Aggarwal 2015).

Since roads are expected to have broad-based impact, the PMGSY was evaluated on a number of different dimensions using available data for the period 2000-2010, from the National Sample Survey (NSS), the Agricultural Census, and the Ministry of Agriculture’s mandi-level wholesale price series.

One of the primary changes roads are expected to bring about is an increase in trade between the villages and the towns that they connect. This should be reflected in the availability of goods, as well as in the transport costs. I find evidence of both in PMGSY. Specifically, rural households in districts with greater road construction activity increased their consumption of perishable goods (sensitive to transportation time) and of manufactured goods (typically made in urban areas and transported to villages). I also find a decrease in transportation costs in areas that benefitted from the roads.

Road construction also improved access of rural inhabitants to job opportunities in nearby markets. However, this had some unintended consequences. Specifically, teenagers dropped out of school and started working – there was about a 10% decline in secondary school enrolment if a district went from having no rural road connectivity at all to full connectivity. Most of those who joined the labour force either started working at construction sites (boys) or in tailoring (girls). Many teenagers also reported working in animal husbandry – milk and meat are highly perishable items, and a reduction in transportation time is likely to improve their supply in villages significantly.

Improvements in access also led to a 5% increase in school enrolment and attendance for younger children ( 5-14 year olds). These gains potentially came about through two different but closely related channels. First, access to schools improved for the children (a recent study of a cycle distribution programme among secondary school students in Bihar found similar gains in enrolment (Muralidharan and Prakash 2015)). Second, access to schools also improved for teachers leading to a decline in teacher absenteeism, a very common phenomenon among public servants. This potentially made it worthwhile for children to go to school.

Finally, some beneficial impacts are seen for farmers. Specifically, farmers in districts with greater exposure to the road construction programme were more likely to use fertilisers and hybrid seeds. In an average district, there was about a 3% increase in fertiliser usage, and 2% increase in hybrid seed usage. While the exact reason behind this change is unknown, there may be three possible reasons. The first and the most likely reason is that roads led to a decline in the acquisition cost of these inputs due to reduced travel costs. Similar evidence has been found for hybrid seeds in Kenya (Suri 2011). Second, the construction of roads enabled farmers to fetch a better price for their produce, making upfront investments towards inputs more profitable. Third, the presence of a road increased the collateral value of the land itself, relieving farmers’ credit constraints and enabling them to buy expensive inputs.

Infrastructure investment can create an environment conducive to growth

The findings of the study, particularly those pertaining to trade, primary education, and agricultural inputs, underscore the significance of investment in road construction, and have important policy implications.

Universal primary education is not just a domestic priority in most developing countries, but also one of the eight Millennium Development Goals (MDGs). However, despite large budgetary allocations to the education sector, one in every 10 children of primary school age was still out of school in 2012. Our findings show that it may be possible to close at least a part of this gap by improving access to the existing schooling infrastructure through road construction.

However, the increased probability of teenagers dropping out of schools is unexpected and unintended. Dropping out of schools at an earlier age could potentially reduce the lifetime earnings of these children. However, it is hard to take a definitive stand on this as the expected returns to education in rural India are debatable. Further, it must be understood that our study only analyses short-run impacts. It is possible that as family incomes go up in rural areas, secondary school enrolment would increase. However, policymakers may still want to design measures to mitigate the adverse effects in the short run.

More importantly, these findings highlight the importance of making infrastructure investments and creating an environment that is conducive to growth. For instance, it has been notoriously hard to make much progress on fertiliser adoption due to perceived demand constraints such as lack of credit or limited information. In fact, governments in many developing countries, including India, provide large subsidies to promote technology adoption in agriculture. India spent 0.75% of its Gross Domestic Product (GDP) on fertiliser subsidies in 1999-2000 (Gulati and Narayanan 2003). Therefore, the increase in fertiliser usage after road construction is noteworthy as it happened without any contemporaneous demand stimulation

The findings underscore the importance of the State as an enabler of growth and development. Specifically, the adequate provision of public goods such as transportation and communication networks can increase productivity by playing a complementary role to private resources.

A version of this article has appeared in ISBInsight.