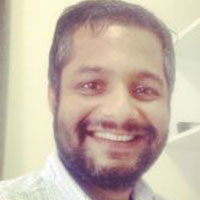 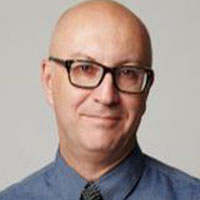 In 2007, Bihar introduced the coupon system in PDS to curb leakages at fair price shops. This column argues that even though the administrative logic of the coupon system is fundamentally sound, such reform can be effective only when accompanied by institutional transformations that broker change in the existing local politics of inclusion and exclusion.

The performance of Bihar’s public distribution system (PDS) remains a topic of considerable national interest. For decades, it has been notorious for extreme levels of maladministration and outright theft. Although different researchers vary in their estimates of the extent of leakage from Bihar’s PDS, there is no doubt about the fact that the state substantially lags the nation when it comes to the operational credibility of this vitally important social safety net1.

In this context, the government has been attempting to reform the state’s PDS. A central plank of these efforts was the 2007 initiative to use coupons to administer the PDS in order to curb the leakages at the beneficiary-fair price shop (FPS) interface. The coupon system is designed to work as follows: every beneficiary household with Antyodaya2 and Below Poverty Line (BPL) card is provided with 12 coupons annually for each of the PDS commodities that include wheat, rice and kerosene; households with Above Poverty Line (APL) are only eligible for kerosene and thus are provided with 12 kerosene coupons. These monthly coupons specify their entitlements and the price they have to pay for each commodity. The monthly PDS entitlements of recipient households include 35 kilograms and 25 kilograms of food grains (wheat and rice) for Antyodaya and BPL households respectively, and a universal entitlement of 2.75 litres of kerosene for all cardholding households. Coupons are distributed through village camps, organised by the local gram panchayat under the surveillance of officials from the block development office (the process of coupon distribution is video-recorded). Every month, beneficiary households redeem three coupons, one against each of the specifie2d PDS commodities, at a local FPS. In principle, beneficiaries can choose the FPS they use). Then, the FPS owner forwards the coupons to the block/district level authorities in order to get next month’s supplies.

To assess the effects of this reform on the operation of Bihar’s PDS, we draw on evidence from a household survey we conducted in 2012 of 350 households in 10 villages, spread across nine administrative blocks in a district of western Bihar (not named for reasons of confidentiality). The breakup of surveyed households by three core PDS card categories included 24 Antyodaya, 167 BPL and 159 APL households. Information was collected on households’ social and economic status, the operation and functioning of the PDS, and their experiences with the coupon system. In addition to the survey, we also attended village meetings and undertook qualitative interviews with a range of key informants including village locals, FPS owners, leaders of gram panchayats, and officials at block and district levels.

Our results bring into focus the wicked problem of attempts to reform the PDS in contexts like Bihar. The administrative logic behind the introduction of coupon-based delivery is fundamentally sound. However, in the absence of broader institutional strengthening and improvements to beneficiaries’ capabilities to demand their rights, such reforms can easily fall foul of new mechanisms of misappropriation by entrenched interests or systemic maladministration across the PDS regime. Our survey data reveals the character and extent of these practices.

Firstly, we find that PDS entitlements among BPL and Antyodaya cardholders were substantially curtailed because of significant delays in coupon delivery. Almost 50% of all BPL and Antyodaya respondents reported that they could not use all of their food grain coupons during the previous 12 months because of problems associated with late delivery (rendering coupons invalid) or because FPS owners failed to honour coupons, citing a lack of stock. Almost a third of BPL and Antyodaya households indicated they had three or more unusable food grain coupons, suggesting that they had missed at least three months of entitlement during the past year.

Second, although coupons were intended to bring about transparency and enhance fairness in the FPS-beneficiary interface, respondents spoke of new stratagems by FPS owners to deny cardholders their entitlements. It was common for FPS owners to demand additional coupons from beneficiaries. We found that that close to 60% of the BPL and Antyodaya households in the sample were asked to provide more than one coupon for a month’s ration supplies. Within all but one of the surveyed villages, there was resignation of the inevitability of these fraudulent practices. To quote one of the survey respondents:

“It is not us who get less than what they are entitled , but all families in the village. And no one speaks up against this practice. We do not think an individual voice of ours could make any difference but if we unite, collective action could change things for the good.”

Local networks of caste and influence

The findings reflect the prevailing power imbalance between most beneficiaries and FPS owners. In one of the study villages, for example, all four FPS owners were members of the high-caste and landowning class of Rajputs and Bhumihars. By the virtue of their social and economic standing, they were able to exert great influence over village affairs and suppress local disquiet. We were informed that in rare cases when beneficiaries complained to block or district officials about these fraudulent practices, it often backfired as the FPS owners would settle the issue in their favour and then act prejudicially against the complainants. Protests were frequently met with the threat of ‘no ration in the future’. In the words of one of the villagers:

“When we protested and asked the dealer to provide us full quota of ration, he threatened to stop the supply of our ration. Then, we shut our mouth because something is better than nothing. Is not it?”

Despite this dismal picture of the coupon system, other data from the survey provides important, pro-poor insights into the reform. As noted above, Bihar’s PDS arrangements also include (coupon-based) monthly allocations of 2.75 litres of kerosene to all cardholding households (not just BPL and Antyodaya). Importantly, we found that these kerosene allocations had considerably less leakage than food grain allocations. While the ‘purchase-entitlement ratio’ (PER) - the proportion of full entitlement obtained by beneficiary households - for food grains was only 30% for Antyodaya households and 39% for BPL households, the PER for kerosene was 68% and 71% respectively.

We believe that the distinctly better allocation of kerosene vis-à-vis food grains is because of the former’s universality. Because subsidised kerosene is available to all, not just to BPL and Antyodaya households, local elites have a stake in ensuring robust delivery and allocation apparatus. Hence, the universality of kerosene entitlements provides a mechanism that aligns the interests of richer and poorer households alike, and this places heightened pressure on FPS owners to ensure ration obligations are met.

The need for institutional transformations

Our study, therefore, highlights the importance of grounding debates on PDS reform within locally-articulated understandings of resources and rights. In our opinion, much of the recent debate on the PDS has been unhelpfully preoccupied with microeconomic discourses that frame policy options in terms of abstractly conceived consumer choice. In the villages of rural India, and especially in places like western Bihar, consumer choice is a misnomer; access to entitlements is conditioned by the real exercise of political power. For PDS reforms to meet expectations, they need to be accompanied by institutional transformations that broker change in existing local politics of inclusion and exclusion. This is the real lesson from the coupon system in Bihar.

This is an abridged version of an article published in the Economic and Political Weekly.