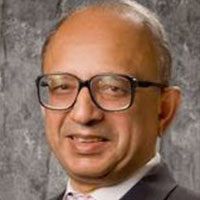 Tamil Nadu is known to give away more freebies to voters than any other state and these are financed mainly by massive revenues from liquor sales. In this article, Swaminathan Aiyar, Consulting Editor of the Economic Times, contends that while using liquor revenue to improve basic State services like education and health is defensible, using it for freebies is a political race between parties to the fiscal bottom.

All liquor shops are run by the Tamil Nadu State Marketing Corporation (TASMAC), a government monopoly, to maximise revenue. TASMAC makes additional money by leasing space to private bars within liquor shops. Liquor revenue has risen from Rs. 28 billion in 2002-03 to Rs. 300 billion today. To finance an ever-growing list of freebies, the state government has aggressively expanded the number of liquor shops, making access easy. These now open early in the morning, leading to stories of drunkenness before noon.

In one sense this approach has succeeded: liquor revenues have boomed. But in another sense the strategy has failed. It has created a big backlash from women complaining of abuse and wasted household money. The DMK (Dravida Munnetra Kazhagam) has blamed Chief Minister Jayalalithaa for encouraging drunks, and promised to impose prohibition if elected. Jayalalithaa in turn has accused the DMK of relaxing prohibition when it was in power, and proposed phased prohibition herself.

Neither party can explain how the freebies will continue if there is no liquor revenue. The history of India is replete with examples of prohibition being introduced to win the female vote at elections, followed by a fiscal crisis caused by lack of liquor revenue, followed by a return to liquor sales. History will surely repeat itself in Tamil Nadu.

It is by no means the only state where prohibition became a major election issue. West Bengal and Kerala, two other states that recently held state elections, also had parties promising prohibition. They too have no convincing explanation of how liquor revenue will be replaced. But none has as long a list of freebies as Tamil Nadu, whose task is therefore most daunting.

In the party manifesto, Jayalalithaa's list of freebies included: free cell phones for ration card holders; free laptops with internet connections for 10th and 12th class students; maternity assistance of Rs. 18,000; maternity leave increased from six to nine months; 100 free electricity units every two months; waiver of all farm loans (at a cost of Rs. 400 billion); fisherfolk assistance to be hiked to Rs. 5,000; women to get 50% subsidy to buy mopeds or scooters; an eight-gram gold coin for women getting married; a free 'Amma kit' including sanitary napkins; and much more. Note that Jayalalithaa already provides 20 kilos of free rice per family, a free mixer-grinder and fan per family, subsidised 'Amma kitchens', and subsidised goats or cows for rural families.

The state is reputed to be India's best in delivering many government services, including education, health, MNREGA (Mahatma Gandhi National Rural Employment Guarantee Act) and the PDS (Public Distribution System). However, complaints of corruption are rising. Industrialists say this has been worsening for 15 years, eroding a once strong reputation for being a business-friendly state. One industrialist says that if you do not pay up, an army of inspectors will descend to harass you and threaten to close your establishment. An educationist complains that environment clearance is now required even for educational institutions, with the bribe for clearance fixed at so much per square foot of space.

The sugar industry ran up enormous losses in recent years because State-advised cane prices were very high in relation to sugar prices. Modi's rescue package for sugar mills in 2014 included raising the amount of alcohol to be blended with petrol from 5% to 10%, with the ethanol price rising from Rs. 34.50 to Rs. 48.50 per litre. But Jayalalithaa wants to maximise alcohol for liquor production. And so she has limited ethanol supply by sugar mills to oil companies to a trickle. The sugar mills are crying foul, in vain. She says she is industry-friendly, but is friendlier to the liquor industry than any other. That's what produces the money for freebies.

Elections in Tamil Nadu are rarely fought on policy issues. Both sides agree on a mixture of economic development and welfarism. Elections are contested mainly on the personal popularity of Jayalalithaa and Karunanidhi, and on competition in freebies. Using liquor revenue to improve basic State services like education and health is defensible. Using it for freebies is a political race between parties to the fiscal bottom. It can only end in tears.

A version of this article first appeared on the Times of India Blog: http://blogs.timesofindia.indiatimes.com/Swaminomics/the-alcoholic-mammaries-of-the-welfare-state/