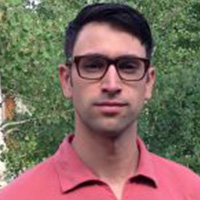 It has long been noted that in India, Hindu children face substantially higher mortality rates than Muslim children, despite being relatively richer on average. This column shows that differences in latrine use by religion can fully explain this pattern. This phenomenon sheds new light on how the open defecation practices of a household can influence the health of its neighbours.

In India, Muslim children are substantially more likely than Hindu children to survive until their fifth birthday, despite Muslim parents being poorer and less educated on average than Hindu parents. The phenomenon has been documented by numerous researchers over the past 20 years, including most recently by Bhalotra et al. (2010). This pattern of Muslim child survival advantage is hard to reconcile with the well-developed body of work (summarised in Geruso 2012) on the importance of income and education in predicting health and mortality. In the context of India, these would predict a mortality disadvantage for Muslims. Nonetheless, by age five, mortality among Muslims is about 18% lower than among Hindus, with an additional 1.7 children per 100 surviving to age five.

In a recently released working paper, Dean Spears and I provide new evidence that helps to explain this fact and offers insight into the importance of sanitation for child survival in India (Geruso and Spears 2014).Though it is by now well known that a substantial fraction of India’s population defecates in the open, without the use of toilets or latrines, what is less well known — at least to those residing outside of rural India — is that Hindus are substantially (40%) more likely than Muslims to do so1.

Because improper disposal of faeces without using a toilet or latrine can spread faecal pathogens that can make people ill, we investigate the role of this sanitation difference in explaining the differential child mortality patterns by religious group2.

Analysing the three most recent rounds of the Government of India’s nationally representative survey data, the National Family Health Survey (NFHS) of India, we find that Hindus are dramatically more likely than Muslims to openly defecate, meaning they self-report using a bush, field, or no facility rather than a latrine or toilet. In the three most recent waves of the NFHS, 67% of Hindu households report openly defecating, while only 42% of the relatively poorer Muslim households do so. This simple but dramatic fact is easily replicable using any Indian survey dataset that asks respondents about religion and waste disposal.

To understand these high-level statistics in more depth, r.i.c.e. researchers in a separate study collected detailed information about behaviour and preferences towards defecation in rural Northern India. This new dataset, online at squatreport.in, reveals that a substantial minority of Hindus who reside in household with a latrine still choose to defecate in the open: 25% of Hindus who own working latrines choose not to use them, compared to 10% of Muslims. Further, Hindus are more likely than Muslims to respond that open defecation away from the home is pure, while using a latrine near the home is not pure.

The question of why latrine use is so different between Hindus and Muslims is interesting though not something we strive to answer in this project. Our focus instead is on the consequences of the open defecation differences that we document.

Having established the fact of this difference in latrine use, we work to trace out the implications for child mortality. We find that whether or not a household uses a latrine and the fraction of its neighbours that do so can completely account for the large child mortality gap between Hindus and Muslims. In other words, once you compare Hindus and Muslims who have the same defecation practice and live in similar sanitation environments, the Muslim mortality advantage completely disappears.

In any study that compares group differences to show a relationship between two variables, readers should maintain healthy scepticism about whether some other difference between groups could be driving the result. In fact, much of our research programme is dedicated to ruling out other plausible causal theories. First and foremost, one might suspect that differences in hand washing between Hindus and Muslims are spuriously accounting for the correlation between sanitation differences and mortality differences. Using the India Human Development Survey (IHDS) 2004-05, which unlike the NFHS includes measures of hand washing, we show that there are no statistical differences in hand washing between Muslim and Hindus. Nor are there differences in the use of soap for washing or in the fraction of households that purify their water. This certainly doesn’t imply that hand washing and water treatment aren’t important for child health and mortality, but it does indicate that these behaviours can’t play any important role in explaining the Hindu-Muslim child mortality difference.

Similarly, we rule out many other plausible explanations, such as the location of the household in a rural versus an urban area. However, the finding that no other Hindu-Muslim difference in behaviours, resources, or environment can explain the child mortality gap is not new. That is a result that has motivated a long literature pointing to the puzzle of Muslim survival advantage. The novelty of our analysis is finding that some difference can, in fact, explain the large gaps in infant and child mortality.

We exploit other features of the data to check the mechanisms underlying our hypothesis, including potential interactions with breastfeeding. If open defecation differences between the religious groups are indeed causing the differences in infant deaths, then the association between sanitation and mortality should be greatest for children most likely to be exposed to faecal germs. Water and food are two key pathways through which poor sanitation causes infections in children. Breastfeeding would therefore be expected to be protective, by interrupting this pathway of disease transmission. In effect, breastfeeding creates a natural barrier against germs, even if the nursing mother ingests those germs. Infants who consume water and other food are more likely to be exposed to and ingest faecal pathogens introduced by neighbours than those who exclusively breastfeed. As in many other datasets, we show a positive association between breastfeeding and child health. But above and beyond the usual relationship, we show that not exclusively breastfeeding is incrementally worse for babies in areas with worse local sanitation. In particular, it is worse in places where sanitation is poor, as proxied by the fraction of one’s neighbours who are Hindu versus Muslims.

Who benefits from latrine use?

Our analysis confirms that Hindu households residing in villages that are predominately Muslim (and therefore have, on average, neighbours more likely to use latrines) experience lower infant and child mortality rates than Hindus living amongst other Hindus. The results are symmetric when considering the neighbours of Muslims. Therefore, what has been called a Muslim advantage in child survival should really be called a Muslim neighbour advantage.

Any alternative story that could explain the patterns we document in the data would have to account for the fact that Muslim neighbours, not whether the household itself is Muslim, is what matters. This rules out a variety of alternative (otherwise plausible) mechanisms, such as the treatment of water or differences in diet that would primarily affect the health of a household’s own members rather than that of its neighbours.

Establishing that open defecation is largely an externality, rather than a consequence of own household behaviour, is an important starting point for justifying policy intervention on economic efficiency grounds and for properly designing such interventions. Moreover, these externalities underscore the importance of ending open defecation for the health and growth of all Indian children.

This is the second of a three-part series on open defecation in India. In the third and final part (to be posted on Tuesday, 19 August 2014), Dean Spears will write about some of the counterintuitive policy implications of India’s open defecation emergency.