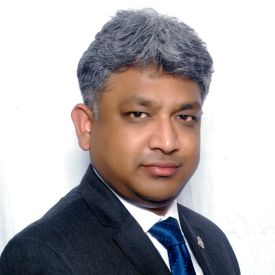 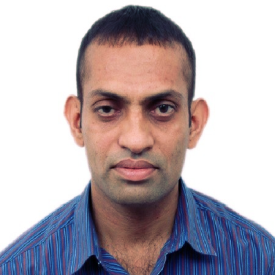 A significant number of people in India remain outside the purview of the formal financial system. Use of financial technologies can help address the gaps in financial inclusion left by the traditional models of banking and finance. In this post, Sarkar and Swami seek to identify the excluded segments of the population and transactions of the economy, and suggest ways in which these may be assimilated through fintech.

Financial inclusion (FI) – an important tool for economic development – formally began in India with the nationalisation of banks in the late 1960s. However, it progressed in a structured manner after 2005, when its significance was recognised in the Annual Policy Statement of the Reserve Bank of India (RBI). The regulator advised every bank to include FI in their business objectives. Since then, its progress was monitored by RBI through implementation of Financial Inclusion Plans (FIP) approved by individual banks' boards, in terms of predetermined parameters. Over the decades, the Indian banking system has relied upon the traditional method of brick-and-mortar branches – and alternative banking outlets at a later stage – to expand the reach of formal financial services. However, all these efforts could not bring the entire population under the coverage of formal financial institutions.

Although a substantial number of people have been brought under the purview of the formal financial system, complete FI is a target yet to be achieved, as many remain excluded. According to World Bank's latest Global Findex Data, India is the second largest country in the world, after China, in terms of financial exclusion, where nearly 190 million people do not have a bank account. Amongst the people who have bank accounts, half of the accounts remain inoperative, implying that these people are still using mostly cash for their daily transactions. Thus, FI is an unfinished task, which calls for exploring alternative measures, and financial technologies (fintech) is one such alternative.

Bank for International Settlement (BIS) has defined fintech as “technologically enabled financial innovation that could result in new business models, applications, processes, or products with an associated material effect on financial markets and institutions and the provision of financial services” (BCBS, 2018). In simple terms, fintech uses different software, technologies, and digital platforms to deliver different financial services to the customers. Thus, by making a few changes in the traditional business model of banks and financial institutions, fintech can deliver financial products and services to the financially excluded population in a more accountable and efficient manner, in the least possible time.

The use of technology in Indian banks dates back to the introduction of Magnetic Ink Character Recognition (MICR) technology in banks in 1984. Later, computerisation in banks took place, and technologies such as those for settlement of accounts, interconnecting branches, electronic fund transfer (EFT) system, Banknet communications, etc. were introduced. Fintech helped the cause of FI with widespread installation and use of automated teller machines (ATMs) throughout the country. Over the last decade, FI got a new push with further utilisation of information and communication technology (ICT) in banking in the form of mobile banking, internet banking, biometric identification, Cheque Truncation System (CTS), Prime Minister Jan Dhan Yojana (PMJDY)1, business correspondence through the use of ICT, RuPay Card Payment Scheme, online KYC (know your customer) verification, and so on.

Currently in India, fintech is being applied in some form or the other for a substantial number of financial transactions of banks. It is believed that fintech has the potential to provide financial services to the excluded population due to its convenience, effectiveness, speed, lower cost, penetration of internet and mobile phones, computer technology, etc. Moreover, use of big-data analysis and machine-learning techniques can boost the expansion of financial services in those segments of economy where the financial services are yet to reach. If that is the case, then why not harness the full potential of fintech firms in achieving the target of complete FI?

The RBI has defined FI as "the process of ensuring access to appropriate financial products and services needed by all sections of society in general and vulnerable groups such as weaker sections and low income groups in particular at an affordable cost in a fair and transparent manner by mainstream institutional players" (Chakrabarty 2013). Hence, an individual can be considered as included in the economy's financial system if s/he has an account with one of the formal financial institutions, and the account is being regularly used by the individual for various financial transactions.

RBI's Report on Trend and Progress of Banking in India 2017-18 has acknowledged the role of initiatives like PMJDY, Aadhaar2-enabled e-KYC verification, linking of Aadhaar with bank accounts, biometric verification through Aadhaar, UPI (Unified Payments Interface) App, etc., in helping the integration of fintech with the existing financial institutions to ensure last-mile connectivity. It mentioned that fintech can be applied in financial services such as payments, clearing, settlement, deposit mobilisation, lending, capital raising, insurance, investment management, market support, etc. Moreover, fintech companies in India are currently making use of various initiatives like PMJDY, Aadhaar, online KYC authentication, RuPay etc. to further expand the financially included population. The same was also recognised in the RBI's Report of the Working Group on FinTech and Digital Banking (2017). Its recommendation on introduction of a ‘Regulatory Sandbox’ (RS) as an innovation hub for live-testing different products and services in a simulated environment and providing regulatory guidance to stakeholders, will be crucial in using fintech for ensuring FI.

How can fintech help in achieving complete financial inclusion in India?

There are studies that show there could be many reasons for people remaining financially excluded (Kempson and Whyley 1999, Hogarth and Donnell 2000, James 2005, Gangopadhyay 2009). Various socioeconomic factors are responsible for such exclusion in different countries. For many decades, the prevalence of financial exclusion has compelled countries to opt for alternative FI measures. One such popular initiative is the use of fintech in financial services.

In order to be financially included, an individual should, firstly, have an account, and thereafter use this account regularly for various financial transactions, preferably non-cash transactions. A large segment of the Indian population still does not have a bank account. There is another segment of the population that have accounts, but they do not regularly transact through them. If at all they undertake such transactions, often they first deposit in or withdraw cash from these accounts. Keeping this basic principle in mind and analysing micro unit-level data pertaining to India captured in the latest Global Findex Data, we find interesting insights into this issue.

The main reasons for people not having or opening accounts are: living far away from formal financial institutions, high cost of operating an account, lack of trust in institutional sources of finance, lack of money, not owning a mobile phone, and other family members already having an account. The key demographic factors are being female, belonging to the lower age group of the population, having low level of education, belonging to the poorest segment of the society, and being out of the workforce.

Moreover, people who have not been using their accounts regularly for transactions are in the 40-60 years age group, those who receive agricultural payments in cash, who send domestic remittances through a mobile phone, who pay utility bills through a mobile phone, and who receive wage payments in an account through mobile banking or in a credit/smart card. If at all these people operate their accounts, they do it mostly through depositing and withdrawing cash.

Thus, these segments of the population have maximum potential in terms of opening new bank accounts and/or appropriate use of fintech to operate existing accounts. These accounts have sufficient scope for increasing the total number of non-cash transactions. Innovative financial technologies, such as data analytics, machine learning, artificial intelligence, blockchain, data-mining technologies, etc., can be used to identify other such segments of the population.

Fintech must be accompanied with the right nudge to enable the existing financially excluded population to operate bank accounts with ease. We need to appreciate the fact that true financial outreach is essentially a synergised function not only of technology, but also of ease of operation, financial literacy, initiatives such as empowering SHGs (self-help groups) and enhancing CSR (corporate social responsibility) initiatives at the corporate level, adding linguistic and regional flavours to the technology, and connecting to the last mile. Further, better monitoring of existing business models, exploring the potential for catering to a wider and diversified portfolio, and most importantly, leveraging the mammoth spread of mobile connectivity across the country, are other crucial factors.

The above-mentioned initiatives are being taken at all levels (banking regulator, banks, financial institutions, central and state governments, district- to block-level administrations, etc.). Although there might be some exclusion errors initially, once technologies get imbibed in the financial system and become a part of the fabric of the banking business, these technologies will be identified as pro-people. These initiatives are part of a phased programme – spread over diverse locales and geographies – and so the stakeholders would have to keep a tab on the exclusion errors and be cognizant of a certain maximum level that may be allowed.

The transformation of any sector of the economy is an iterative, long-term process. It has various dependencies – some enabling or pro-change, and others hindering or slowing down the process of change. The initial stage is always the most crucial and requires investment in terms of time and effort. There is a need to address the current concerns of the financially excluded segment, the transition concerns of those that have recently been financially included, and the service concerns of segments that have, to some extent, become comfortable with fintech. Hence, taking this phased approach, and giving it granular and sub-sectoral timelines, may be optimal. This whole process calls for a lot of testing and re-testing of the products and services in a controlled yet flexible set-up, because the technology cannot be taken and applied as a one-size-fits-all.

RS has been adopted successfully by a majority of nations, in the application of fintech to their financial sectors. In India, with the finalisation of 'Enabling Framework for Regulatory Sandbox' by RBI on 13 August 2019, and the announcement of opening of the first cohort under RS on 4 November 2019, the banking regulator has provided the necessary regulatory support in this endeavour. The RBI has acknowledged that fintech can provide a significant solution to further FI and address the issue of last-mile connectivity. RS has an indicative list of innovative products and services, namely, FI products, retail payments, money transfer services, financial advisory services, digital KYC, digital identification services, marketplace lending, etc.

Awareness programmes and financial literacy campaigns for the general public and stakeholders need to be conducted on a regular basis to provide necessary impetus for the implementation and adoption of fintech. In addition, various incentives in the form of cashbacks, discounts, and subsidies, can be given if an individual moves from cash to non-cash transactions. Close coordination amongst stakeholders – banks, financial institutions, fintech firms, telecom operators, internet service providers, regulators, government agencies, etc. – will be very crucial in this regard, as it will help to reinforce the market forces from both the demand and supply side of the economy to achieve the target of complete FI.

The views expressed here are solely of the authors and do not represent that of the organisation they work for.

Helping the poor to save