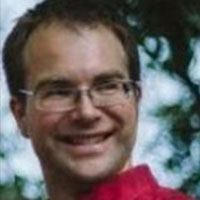 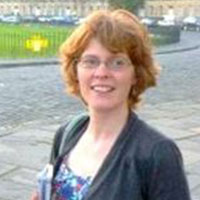 Illiteracy, in India and elsewhere, is largely a female phenomenon. This column analyses a literacy programme aimed at adult women in India and finds that it has impacts beyond increasing literacy and numeracy. The general knowledge of participants improved and they were less likely to be over-confident about what they know – attributes that may contribute to better educating their children and absorbing new information.

There are 771 million illiterate adults in the world, one-third of which live in India. Everywhere, illiteracy is largely a female phenomenon. In India, 49% of adult women are illiterate as opposed to 25% of adult men. While India has been successful in raising primary enrolment rates of children, like elsewhere in the world, the progress on adult literacy is limited.

The value of literacy (the ability to read and write) is two-fold. One is the intrinsic value: literacy can promote self-worth and personal development. The second is the instrumental value: female literacy, in particular, is known to be associated with lower fertility; improved health, hygiene of the family and education of children; better saving practices; and greater gender equity within households as well as outside.

Analysing a literacy programme for adult females in India

The “Tara Akshar Literacy and Numeracy Programme” (TA+) which started operating in 2005 is one of the three instruction methods recognised by the Government of India under the National Literacy Mission (NLM)1 programme . As of today, about 54,000 women have participated in the training, with a self-reported graduation rate of 97%. TA+ is implemented by minimally trained, computer-aided instructors in an interactive, group-based manner (10 women per group). It runs for two hours a day for 56 days, and includes a numeracy component in addition to the literacy module. The programme targets women between 15-45 years of age who are illiterate. They also focus on women predominantly from lower-caste groups, although this is not an essential requirement.

In recent work, we analysed the impact of TA+ administered to adult women in the north Indian state of Uttar Pradesh (UP) by the NGO ‘Development Alternatives’, on several indicators such as general knowledge and self-confidence (Deshpande, Maertens and Ksoll 2015). In a companion paper, we document the significant impacts of TA+ on literacy and numeracy outcomes, particularly on reading of letters and words, as well as counting and number recognition (Deshpande, Desrochers, Ksoll and Shonchoy 2015).

In this column, we present a few of our findings. Specifically, we present evidence on three questions: First, what is the causal link between adult female literacy and general knowledge in the context of short-term adult education? Second, does participation in a literacy programme affect the confidence of women about this general knowledge? Third, does participation make women more aware of the limits of what they know, that is, does it decrease over-confidence?

The sample of women included in this study was selected in May 2014, from 12 villages in Sant Ravidas Nagar district (formerly called Bhadohi) in UP. These were villages where Development Alternatives had not worked before. We conducted our baseline survey in May 2014; the TA+ programme was implemented in June-July 2014. This was followed by our midline survey in August 2014. The results presented in this column are based on the midline survey.

Our sample consisted of 440 women. Of these, 244 were assigned to the treatment group (exposed to TA+), and 196 to the control group (not exposed to TA+). The women were, on average, 35 years old. The average household consisted of nine members. These were predominantly poor women with 70% owning a BPL (Below Poverty Line) card. Most families owned some land, but the average area of farm land owned was less than 1 acre. About 4% were from upper castes, 50% from Other Backward Classes (OBCs) and 46% from Scheduled Castes (SC).

We collected data on household composition and assets; on women’s education, health, and position in the household; and subjective measures of confidence and well-being. In addition, we conducted literacy and numeracy tests, and played a ‘knowledge game’.

Each woman is asked 12 questions. After she answers all of them, the woman is asked how many she thinks she has correct. Then, the woman is told she has an opportunity to revise her answers: she is presented with two suggested answers to each question: one correct and the other incorrect. She is asked to pick which the correct answer is. After this exercise is completed, the woman is rewarded. While she is not told which of her answers were correct, she is told how many answers, in total, she had correct and is rewarded with one pencil valued at Rs. 2.5 for each correct (revised) answer. In addition, if her own estimate of the total number of correct answers is correct, she receives a notebook valued at Rs. 20.

We selected the 12 questions based on the following criteria: questions that directly relate to the TA+ programme content (example, what is the main cause of diarrhea? mosquito bites/ drinking dirty water/ drinking excess water/ not eating green vegetables); those reflecting the ability to read newspapers, pamphlets, directions etc. (examples: who is the prime minister of India?; imagine you are walking to a store. You first walk 2 miles east, then 2 miles north, then 2 miles west and then 1 mile south. How far would you be from the starting position?); and those reflecting the ability to calculate (example, if 20 mangoes have to be equally divided between four people, how many mangoes will each person get?).

Our hypothesis was that TA+ would increase the knowledge score. We find that, on average, the general knowledge score (out of 12) of participants improves by 50% (from 4 to 7). Secondly, we expected programme participation to be associated with an increase in confidence, measured by the participant’s estimate of the number of correct answers (conditional on the actual number of answers that were correct). Contrary to our expectations, this result did not hold. Finally, we expected a decrease in over-confidence (defined as over-estimation: the gap between the estimate of number of correct answers and the actual number of correct answers). We find a slight decrease in over-confidence, that is, women were more aware of the possibility that there is a larger knowledge pool with which they are not very familiar, and that they might be wrong.

We find that literacy and numeracy programmes can have impacts beyond literacy and numeracy, for instance, on general knowledge. Our results suggest that general knowledge increases. Moreover, women seem more aware of the limits of their knowledge and are less likely to be over-confident in this regard. These new abilities may contribute to better educating their children, and absorbing new information. Further research is required to assess the extent to which these new abilities might increase well-being of households.