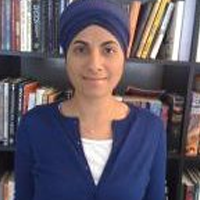 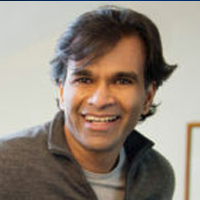 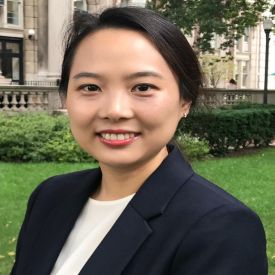 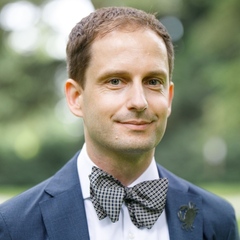 Financial constraints can have psychological consequences and affect productivity by making workers more distracted during work. Based on an experiment among small-scale manufacturing workers in Odisha, this article shows that an interim payment before the end of the contract period raises worker productivity by 7.1% – with a higher increase of 13.3% for poorer workers– and also appears to improve planning and focus with a decline in attentional lapses.

Of all the challenges that poverty presents, one that is gaining attention from researchers is that feeling financially constrained has psychological consequences beyond its direct effects on consumption. Specifically, the inability to meet expenses can create mental burdens, such as anxiety, worry, stress, or sadness. One particularly important consequence could be on productivity. Workers whose mental resources are taxed by financial strain may be less productive – for example, because their mind might wander, leading them to work more distractedly or make more errors. Reduced productivity could in turn create additional economic ramifications such as lower earnings.

To test this connection between poverty and productivity, we conducted a field experiment in 2017-2018 with 408 small-scale manufacturing workers in Odisha, India (Kaur et al. 2021). Workers are employed full-time for a two-week contract job – a typical form of employment in the setting. These workers make disposable leaf plates for restaurants, a physically exacting and cognitively demanding task. Workers are paid piece rates, so their productivity directly impact their earnings.

The experiment is set during the lean season, when there is little agricultural work available. Due to the intermittent nature of lean season employment, the earnings from the experiment comprise the bulk of the workers’ income for the month. These workers are typically strapped for cash during this period. At baseline, 86% of workers report being worried about their finances. The two most commonly reported sources of worries are daily expenses and loans, with 71% of workers carrying outstanding debt.

We find that workers appear to carry their mental burdens to work. On a typical work-day, roughly one in two workers reports worrying about finances while at work. Recent work argues that financial strain can adversely impact cognition and decision-making (Haushofer and Fehr 2014, Mullainathan and Shafir 2013). Hence, these conditions create scope for financial strain to potentially impact worker productivity.

To test this idea, we randomly vary the timing of income receipt among workers and collect detailed measures of worker productivity. The worksite supervisors record how many leafplates workers produce every hour throughout their contract period. To qualify for piece rate payment, a completed leaf plate must satisfy the quality standards developed by contractors, for example, minimum size requirement. Hence, our main measure of output is the number of accepted leaf plates, measured at the hourly level.

Workers in the ‘control group’ (those that are not subjected to any intervention) receive their earnings at the end of the two-week contract period. In contrast, workers in the ‘treatment group’ (those that receive the intervention) receive their earnings in two instalments: an interim payment of earnings-to-date four days before the end of the contract period, and the remainder paid on the final day. Consequently, for a four-day window, treatment workers have received a large cash infusion, while control workers have not. Only the timing of payment changes; the piece rate and all other aspects of the job remain unchanged, meaning that short-term financial concerns are reduced without affecting overall wealth or financial incentives to work.

We find that the large cash infusion appears to immediately reduce financial constraints. After receiving their interim cash payment, treatment workers pay off loans and increase household expenditures – the two most commonly cited sources of financial stress. Within three days of the interim payments, treatment workers are 40 percentage points (222%) more likely to repay their loans, with a 287% increase in loan payment amounts. They also increase spending on household items – such as food, clothing, soap, and fuel – by 42%. Majority of these payments are reported to have occurred on the very same day as when the cash is disbursed, enabling us to measure an immediate effect of cash-on-hand on productivity.

Further, we find that alleviating financial constraints boosts worker productivity. The day after receiving a cash infusion, treatment workers increase output by 0.115 standard deviations1 (SDs), or 7.1%, relative to the control group. These gains persist throughout the work-day, and for the remaining days of the contract period. In addition, they are concentrated among workers who are poorer at baseline, measured both by having fewer assets and less liquidity. The interim payment increases productivity for these poorer workers by 13.3%.

These findings tell us treatment workers become more productive, but our data let us go further: we can also measure changes in how they worked. To produce a leaf plate, irregularly sized leaves must be assembled to form a clean circle. Because each additional leaf takes time to stitch, workers try to use as few leaves as possible. Making leaf plates therefore requires making and adhering to a plan. The consequences of failing to do so are clear when watching plates being made. A worker who has not thought things through might find partway through making a plate that the shape has started to veer from circular toward oblong, thus requiring them to undo stitches to detach the most recent leaves added to the plate, and re-attach them with different positioning. Or, after joining together a series of leaves, a worker might find that a stem is visible or a small gap has appeared between leaves, leading the worker to patch it with another leaf on top.

Hence, we measure three unincentivised markers of attentiveness on each plate: (a) the number of ‘double holes’ – the tell-tale sign that a worker removed a stitch from a plate in order to detach a leaf to undo a mistake; (b) the number of leaves used; and (c) the number of stitches used. A worker who has to undo fewer mistakes, or who makes a completed plate without using extra leaves or stitches to compensate for poor planning or mistakes can be expected to work faster, spending less time per plate. Unbeknownst to the workers, we measure these three dimensions of their output to combine them into a single ‘high attentiveness’ measure2.

Our work provides direct evidence for the impacts of financial strain in a real-job context on worker productivity and consequently, earnings. We find that a relatively modest and expected reduction of financial strain produces meaningful increases in productivity. If poverty reduces productivity, this channel could amplify the impact of negative shocks to income or wealth. Faced with a calamity, people would be less productive exactly when they are in greatest need of cash. These problems are especially dire given that in most poor countries, individuals are heavily reliant on wage earnings to smooth consumption and productive investment in their self-financed enterprises. For policymakers, our work suggests that measures that reduce financial volatility (for example, through stable employment or public workfare programmes) or mitigate vulnerability (for example, through credit access or unemployment insurance) could lead to higher productivity, in addition to improving welfare.