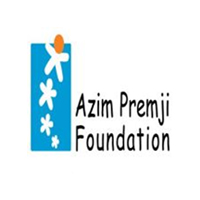 There is an active ongoing debate in the country on the move to scrap the No-Detention Policy and the efficacy of Continuous Comprehensive Evaluation, which were introduced under the Right to Education Act. In this article, Azim Premji Foundation puts forth the argument that if one understood the idea behind assessments in the progressive paradigm of education, the need for these initiatives would become clear.

The Right to Education (RTE) Act, 2009 has made some major changes by introducing the concepts of No-Detention Policy (NDP)1, age-appropriate learning, and Continuous Comprehensive Evaluation (CCE)2. However, most teachers in the country are still struggling to understand what CCE really means or what the impact of NDP is on learning in the classroom. These concepts acknowledge the true goals of education and the fact that knowledge is not an end in itself but a continuum. Adopting the new approaches in a system manner will enable the integration of policies and practices. But rather than travelling down this road and arguing for the adoption of the new approaches, we revisit the concepts of NDP and CCE.

The Central Advisory Board Of Education (CABE) released its sub-committee report on assessment recently and suggested that NDP be applicable only till grade 5. There is an active national debate around the move to scrap the NDP. Some powerful lobbies are also questioning the efficacy of the CCE model. We believe that if one understood the idea behind assessments in the progressive paradigm of education, there would be no real debate on the need for NDP or the benefits of CCE.

The role of assessments in education

Assessments play a critical role in the education system. When designed effectively, assessments perform a number of functions — they facilitate learning; help provide feedback to students on their learning progress; and also provide evidence for external stakeholders to judge the a particular course of study, what students are gaining out of it and so on.

When creating assessments, it is critical to identify the purpose for which they are being designed, that is, whether they are ‘formative’ or ‘summative’. Formative assessments are designed to provide ongoing continuous feedback on student learning to the course instructors. On the other hand, summative assessments are usually administered at the end of a programme of study to evaluate student learning against specified standards or benchmarks. Further, it is also pertinent to identify whom the assessment is being designed for — instructors, students, employers etc.

However research is increasingly disproving many of the benefits attributed to standardised assessments (Broussard 2014, Rooks 2012, Harris et al. 2011, McNeil 2002). Standardised tests have not worked anywhere in the world to improve learning outcomes - all they have done is increase stress among teachers and students. Assessment is primarily useful to teachers and students as a feedback for improvement – it is best done at school by the teachers in their respective classrooms.

Proponents of standardised assessments often fail to acknowledge that education is a product of collaboration between students, teachers, schools, families and communities. Experience has shown how an increased reliance on standardised assessments has led to issues such as teaching to the test, a more narrowed curriculum, teacher cheating3, and student exclusion. Most recently, with unrealistic standards set by the No Child Left Behind Act, in the United States of America, many states have seen massive scandals involving entire schools and school administrations participating in cheating4. Under the Act, public schools were evaluated on the proficiency of students in mathematics and reading (with a goal set for the latter by 2014), determined by individual test scores of students and overall school test scores. While schools which did not perform well initially received enhanced funding from the federal government; over time, teachers and principals of these schools would also receive other sanctions such as replacement of staff and closure of school5. In Atlanta, charges were filed against the superintendent of education as well as principals and teachers in individual schools for changing students’ answers on standardised exams to ensure that more students passed the examinations and the schools showed better results6.

Irrespective of evidences from around the world against standardised testing and penalties based on such tests, the argument against NDP and for standardised tests at various grades levels is fast gaining ground. Unfortunately, it is also erroneously linked to poor learning levels which has been interpreted as ‘falling learning levels’ - although data does not support this theory. By arguing that NDP is responsible for the decline in learning levels, a case is being made to scrap the policy up to the elementary level. However, such a facile argument fails to take into account the real reasons for low learning outcomes in the country. It is important to acknowledge that, as part of its progressive mandate of a child centred education, the RTE Act pivots the right to education around three main concepts - age-appropriate class, CCE and NDP. It is critical that these three concepts be effectively practiced. Children learn by interacting with their peer groups. CCE acknowledges that children progress through the education system at their own pace, and it is designed to facilitate learning at individual speeds. Intrinsic to the recognition of the latter, is the notion then, that, children cannot pass/fail in classes, and hence the need to introduce the NDP of the RTE Act. Unfortunately, the curricula and classroom processes in the country have not kept pace with the progressive vision of the RTE Act. They are designed to facilitate graded learning.

Scrapping NDP will only result in a regression to a system of education based on pure textbook learning, which fails to acknowledge knowledge as a continuous engagement with a learning continuum.

The Ministry of Human Resource and Development (MHRD), in its advisory on implementation of section 29 of the RTE Act, specifies that CCE should be built around five tools - child’s engagement pattern, general observations, observations during group work and individual work in class, child’s written work, and an anecdotal record.

While the CCE was introduced to redesign how assessments are formulated in our country, unfortunately its implementation has remained a big challenge. While the MHRD recommends that the states adopt an activity-based-learning (ABL) model similar to what is being practiced in Tamil Nadu, CCE has mostly evolved into a process of format filling and frequent testing. It is critical that adequate training is provided on the pedagogic motivations behind CCE, so that it is effectively implemented.

To conclude, before we take the plunge, it is useful to note what world leaders in education do in this regard; for example, in Finland - which is universally acknowledged as having one of the best schooling systems in the world - students are not tested at the national level (except for college entry). Finnish students have consistently performed at the top in the Programme for International Student Assessment (PISA) test, and at the same time it has been observed that there is little variation in performance of students across schools in Finland (Hendrickson 2012). While schools conduct their own tests, the schooling system is based on the premise of equality. This should suffice for us to understand that we need to pause and understand what is going on in our schools a little better before making policy u-turns on important and progressive education ideas for which decade-long battles have been fought.