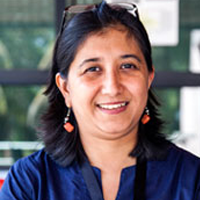 Besides access to toilets, proper treatment and disposal of waste is essential for effective sanitation. In this article, Sujaya Rathi - Principal Research Scientist at CSTEP who is currently involved with developing decision-support tool for sanitation - discusses alternate sanitation systems and the importance of adopting a system that is well-suited to the context and needs of particular cities.

Urban India has to collect, treat and dispose of about 38,000 million litres of human waste and waste water per day (Central Pollution Control Board, 2009). Additionally, the waste from on-site sanitation systems (faecal sludge storage facility within dwelling premises) is not adequately treated in most Indian cities, thus polluting the environment and exposing the population to adverse health impacts. Estimates show that in the next 20 years, an additional 200 million urban dwellers will have to be serviced (Office of the Registrar General & Census Commissioner, 2011). It is indeed a complex and daunting challenge that India will need to respond to much faster than the developed countries did in the past.

Table 1. Status of sanitation in India

Percentage of households having

The current condition of sanitation in the country is dismal, with over 40 million urban dwellers regularly defecating in the open (Census 2011), both due to lack of facilities and low usage of existing facilities. That is why the government’s efforts are concentrated on building toilets to eliminate open defecation. However, this is just a stepping stone - the solution does not lie in only building toilets, as toilets without proper disposal and treatment of the waste don’t really serve the purpose of effective sanitation. The solution also does not lie in only having networked centralised solutions. Expensive sewerage networks are still considered the ultimate solution for urban sanitation. Funding agencies also support such projects, hence presently all cities aspire for sewerage networks to solve their sanitation woes. On-site sanitation options like septic tanks with proper septage management (treatment and disposal of septage) can be a viable, lower cost solution in many cases. As Table 1 indicates, about 33% of the toilets in urban India have piped sewerage systems connected to a sewage treatment plant, which is perhaps treated to disposal standards. A majority of sewage thus remains inadequately treated and causes environmental concerns.

The issues involved in effective sanitation solutions are twofold: access to toilets, and treatment of waste before reuse and/ or safe disposal. The challenge is to improve the performance of the entire sanitation value chain (containment, emptying into transport vehicles, transportation, treatment, and disposal/reuse), which requires a paradigm shift in the way sanitation planning is done in urban India.

Urban Local Bodies (ULBs) in India need to deploy all available on-site, centralised and decentralised sanitation options to provide sanitation to all its citizens in the time frame indicated under the Swachh Bharat Abhiyan.

The choice of sanitation systems for a city should depend on local conditions and the priorities of the city with regard to sanitation, such as coverage, environmental and health benefits, elimination of open defecation, etc. Differences in population density, water usage and availability, soil type, water table level, availability of capital, ability to pay and uncertainty about growth patterns will strongly influence whether a centralised sewerage network is the optimal solution or whether other approaches such as on-site or decentralised sanitation systems are better. In fact, a combination of the two may also be a solution.

Sewer-based systems may be the optimal solution for the high population density core areas, whereas they may not be ideal for areas with unpredictable population growth and fast-changing sanitation needs. Appropriate on-site and decentralised solutions like septic tanks can be a viable, lower-cost solution for areas with chronic water scarcity and unpredictable spatial development. However, they need to be designed and managed well, with effective regulation and monitoring, to ensure proper treatment and disposal of septage. Appropriate treatment systems that are suited to local circumstances, including poor and/ or informal settlements, must be rapidly expanded to fulfil current gaps and accommodate urban growth.

Thus it becomes important to consider a range of choices, to decide what may be suitable for a particular city and its spatial context.

In order to address the current and future sanitation needs of cities, the sanitation research community recognises the need for a ‘portfolio approach’, emphasising the importance for decision-makers to think beyond networked sewer systems to non-networked decentralised/ on-site solutions (Cairns-Smith, Hill and Nazarenko 2014). Further, there is a need for innovative solutions that are cost-effective and flexible enough to adapt to the changing dynamics of Indian cities. It is important to understand that only technical aspects do not solve the whole puzzle. Effective solutions are those that also take into account non-technical considerations as well, such as the accompanying business models (models for collaboration between government utility service providers and private-sector service providers), awareness and information (enabling behaviour change), stakeholder involvement (capacity building for key players), etc.

This approach offers a nuanced look at sanitation where there is a need to have an integrated look at the performance of a sanitation system (impacts on cost, health, environment etc.). However, information and knowledge to understand the performance of different on-site/ decentralised sanitation systems are rarely available for decision-makers. Commonly used systems like pits and stand-alone toilets (without septic tanks) might address issues like open defecation, but they do not address septage management and/ or safe waste disposal. It is thus imperative to develop a broad resource base which will enable decision-makers to choose from a range of technologies to serve the needs of a city.

A decision-support platform, combing both approaches mentioned above, is the need of the hour to assist policymakers and ULBs in addressing India’s sanitation woes. A good decision-support platform for integrated sanitation investment planning would allow the user to compare different types of sanitation systems from financial, social, resource, and logistics perspectives. The platform should allow for regular updates on data or technologies. It should enable:

Aided by the Bill and Melinda Gates Foundation, the Center for Study of Science, Technology and Policy (CSTEP) is currently developing a decision-support platform to assist the integrated assessment of alternative sanitation systems (composed of different sanitation technologies). The primary objective is to provide policymakers with appropriate sanitation system options that are suited to local circumstances, including poor and/ or informal settlements, which must be rapidly expanded to fill current gaps and accommodate urban growth in India.

A version of this article first appeared in Sustainability Next: http://cstep.in/pressroom/newspaper-articles/177