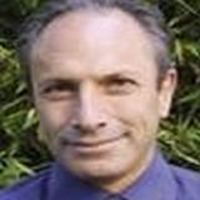 The World Health Assembly is targeting a decline of 100 million in the number of stunted under-five children by 2025; a 10% decline in stunting rates in India by 2014 can close a fifth of the gap. This article contents that we are in the midst of a ‘perfect storm’ for ending undernutrition, and maximum effort is required to take advantage of this transformative opportunity.

How optimistic should we be about progress in global nutrition? Global poverty rates have fallen dramatically over the past 20 years because of rapid economic growth in China combined with its relatively low initial levels of inequality and its large population. Will we see the same for global stunting rates because of progress in India? Will India be the new China?

Well, the stunting declines (for children under two years of age) in the Indian state of Maharashtra between 2006 and 2012 have been dramatic - from about 39% to 23% - a decline of 16 percentage points (UNICEF 2012). Maharashtra is a relatively well-off state with a real commitment to stunting reduction so we might not see that level of reduction nationwide, but even if we saw a 10% decline across all of India that alone would reduce the worldwide number of children that are stunted from 165 million to 150 million. The World Health Assembly (WHA) targets for 2025 are a 40% decline in the number of stunted under-five year olds, which is a target of 100 million. So a decline of 10% in stunting rates in India by 2014 (and the National Family Health Survey – 4 (NFHS4) national survey is reporting in the next year) will close 20% of this WHA gap in 15% of the time elapsed (two out of 15 years) - so, well ahead of the global curve, even with only the India data. Of course all-India might not show these declines in 2014 and other parts of the world might not either, but there is sufficient movement in commitment to be optimistic.

For the first time in decades, the opportunity to end undernutrition is in clear sight. The clarity is driven by a sense of being closer than ever and also by a much better grasp of what to do, why to do it and how to do it. Which elements are coming together to create this transformative opportunity, this ‘perfect storm’ for undernutrition reduction?

First, we have the know-how. We increasingly recognise that investments in nutrition pre and post conception are vital if we are to lock in a bright future for the next generation. Increasingly we know what the most cost-effective interventions are. We recognise that multiple sectors have to work in harmony to achieve this step change in undernutrition reduction. We realise that income growth is vital to support the funding of nutrition-related investments and that responsible and responsive governments are essential for the creation of an enabling environment where investments in nutrition are encouraged and, in turn, deliver improvements in nutrition outcomes.

Second, the enabling environment is promising. Climate change is an ever present uncertainty, but economic growth in the low- and middle-income countries is strong, generating increases in food security, improved water and sanitation provision, supporting empowerment for women and strengthening health systems. This growth also generates tax revenues which can be invested in the social sector and to nutrition in particular. Governance is also improving. Government performance is increasingly recognised as critical for preventing the ravages of conflict; for making it easier for the private sector to do business and generate good jobs; and for allocating resources in an equitable way. The commitment from development partners to nutrition has never been stronger, and is beginning to translate through into increased investments. And if the High Level Panel’s report is indicative of a direction of travel, the post-2015 development goals will feature nutrition more strongly than the Millennium Development Goals (MDGs) have.

Third, we have examples which inspire us and which we can learn from. There have been rapid declines in undernutrition rates in Bangladesh, Cambodia, Ghana, Peru, Vietnam and the Indian state of Maharashtra. These places are achieving declines in line with the 2025 goals developed by the WHA through a combination of broad based economic growth, more responsive and responsible governance, and stronger, more strategic nutrition related investments. They have a rationale for investing in nutrition and credible costed plans for doing so. When these plans start delivering results they also generate widespread political support, helping to keep their governments in power and their citizens alive and thriving.

Finally, many low- and middle-income countries are experiencing a once in a lifetime demographic transition. For these countries the ratio of people of working age to those of non-working age is going to peak in 2040. If these new adults of 2040 can find decent work, this transition will represent a massive demographic dividend for their families and for their nations. But this dividend will only be realised if the brains of those labour force entrants of 2040 were allowed to fully develop as infants 20-25 years earlier, allowing them to maximise learning in school and to raise their productivity in the labour force. Flooding the labour force with young adults who have been undernourished as infants and are therefore less able to find gainful employment could well represent a demographic nightmare, one that is characterised by unemployment, unrest and violence.

What needs to be done to deliver the demographic dividend and ward off the nightmare?

First, we need to build up political commitment to reduce undernutrition. We can’t wait for political will to materialise like manna from the skies - we need to build it from the ground up. The manifestations, budgets and accountability of undernutrition tend to be invisible. How can we bring them into the light? There are many ways of doing this: using new mobile technologies to monitor nutrition outcomes and programme coverage in real time; deploying new social accountability tools to empower citizens to tell us whether they are satisfied with the integrity and quality of efforts to reduce undernutrition, and taking advantage of rapidly expanding big databanks to monitor the commitment and actions of governments and others to reduce undernutrition. Because reducing undernutrition requires many actors and many actions, it needs a relentless forward momentum of the kind that can only be powered by strong and enduring political commitment.

Second, we need to be more creative about mobilising resources for undernutrition reduction. The additional funding needed to end undernutrition is not trivial, but it is also defendable. For example, at best, nutrition investments comprise 4% of overseas development assistance (ODA) ($5 billion out of $138 billion) despite undernutrition responsible for 45% of all mortality of children under five. This is the ODA situation, and it is probably reflected in domestic resource allocation. Something is wrong with this picture. Perhaps the mismatch occurs because while the benefits of undernutrition prevention are large – with benefit-cost ratios in the region of 20-30 - the returns take a generation to materialise. Current financial instruments cannot deal with such long lags — we need innovative new resource mobilisation models (development impact bonds for example) to help families and countries avoid an undernutrition trap. But this cannot be a ‘public sector only’ responsibility. We also need the private sector to join the fight, and bring in their own resources and know-how, but on the terms of those who put public health ahead of private gain. The private sector needs its consumer base to survive and thrive — for commercial as well as humanitarian reasons.

Third, these resources need to be invested in interventions and policies that have been shown to have an impact on nutrition. The evidence base needs to be rigorous but diverse - a mix of demonstrable cause and effect, and plausible pathways of impact. Nutrition specific interventions need to be scaled up. The arsenal of nutrition sensitive interventions needs to be expanded. The potency of the enabling environments created to stimulate undernutrition reduction need to match the more familiar ones created to stimulate general private sector investment.

Finally, we need to build a new generation of nutrition leaders — from community health workers to prime ministers and presidents. They need to be fearless boundary crossers, not easily captured by a sector. They should be idealistic pragmatists, not confined by ideology. They must be alliance builders, as at ease with the political aspects of undernutrition as they are with the technical details. These leaders are in demand but are in short supply. Governments and development partners need to invest in the messy world of capacity development. These leaders are the ones who build commitment and turn it into the actions that can end undernutrition.

This is the world we are in. We are in the midst of a perfect storm for nutrition. Perfect - because it has the power to sweep away all the old prejudices and misconceptions about nutrition. Stormy - because it has the power for transformative change, but also because it might blow itself out before it can do its good work. Zero undernutrition is perhaps possible within the next 15 years or so, but it will require maximum effort from a wide ranging movement of people and ideas. Make no mistake - we are members of a world citizenry that can actually make undernutrition invisible. Not because it will continue to do its silent but terrifyingly destructive work in the background, but because it will have become a thing of the past.

A version of this article has appeared on Development Horizons. This is the first of a two-part series on I4I. In the second part (to appear on I4I on Wednesday, 2 July 2014), the author discusses how the new government generates a new opportunity to put undernutrition prevention higher on the political agenda in India.