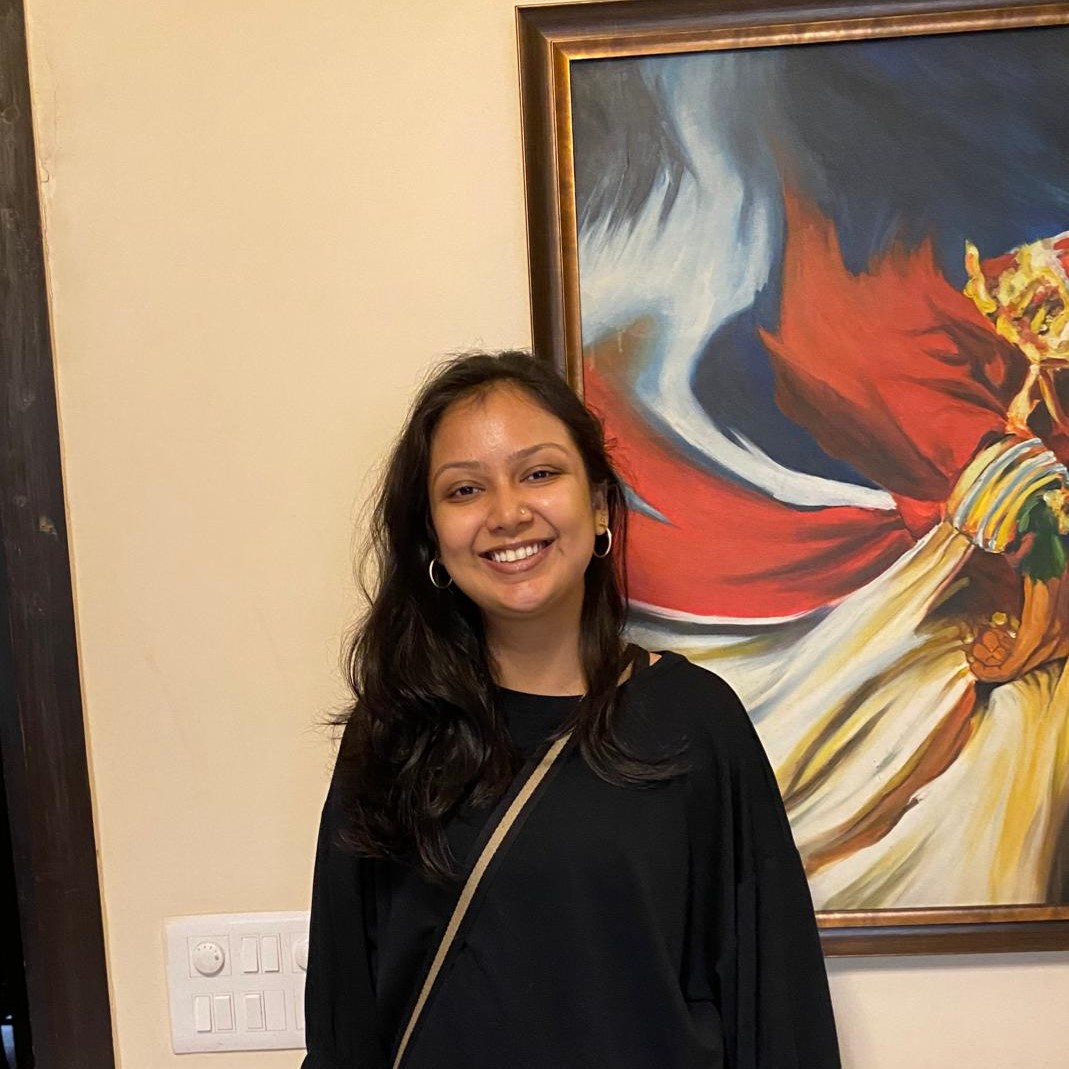 Despite constituting almost half of the qualified health workforce in India, female health workers face a visible gender pay gap and lack of conducive work conditions. In this post, Arushi Pandey examines the evidence on gender disparities in compensation for health workers at various levels, and the impact on women’s careers, service delivery, and universal health coverage and health-related sustainable development goals.

“Where do we really stand when it comes to gender equality? The answer is: we’re just not there yet.”

With its 234 million workers, the global health sector is one of the biggest and fastest growing employers in the world, particularly of women (International Labour Organization (ILO), 2017). Women comprise seven out of 10 health and social care workers, and contribute an estimated US$3 trillion annually to global health, half in the form of unpaid care work (Langer et al. 2015). According to the 68th round (2011-2012) of the National Sample Survey’s report on employment in India, estimates of the health workforce show that women constitute almost half of the qualified health workforce. Among different categories of health workers, qualified nurses and midwives are dominated by women at 88.9%.

Yet, the health sector remains burdened with gender discrimination and inequality. In both the formal and informal healthcare sectors, women are overrepresented in unpaid or underpaid jobs (Ferrant et al.  2014). Many healthcare institutions expect female workers to fit into systems with poorly implemented policies on sex discrimination and sexual harassment in the workplace, and a lack of social protection. Women health workers are at higher risk of violence and harassment (Chauhan et al. 2017), which causes physical and mental harm, low morale and ill-health, while impacting their ability to continue in the profession and provide quality care. For example, ASHA (accredited social health activists) workers face heightened risk of sexual harassment due to their work, but failure to ensure that government institutions, such as schools and hospitals, have properly functioning internal committees, or that districts have local committees, has left these women without accessible channels for redressal (Ved et al. 2019)

The sustained inequality in the sector is most clearly visible in the gender pay gap, which is 25% higher in the health workforce than in any other sector. Women in the health workforce globally earn 28% less than men, and 34% less in India, whereas global estimates show that women across sectors are paid about 22% less than men (ILO, 2018a, 2018b). Both under-compensation and lack of compensation for specific activities can be traced back to the devaluation of female health workers’ skills and social care – particularly evident in the case of CHWs (Steege et al. 2018). Public employment strategies that rely on underpaid women health workers to run major government schemes for nutrition, health, and education, help to reinforce this occupational segmentation and gender wage gaps.

ASHAs – a cadre of over one million female CHWs – often experience low status and precarious working conditions (Ved et al. 2019). Even though ASHAs are considered ‘a game changer for the NHM’, they are still not recognised as full-time formal employees and receive inadequate, irregular honorarium payments combined with monetary and non-monetary incentives (ILO, 2018b). On average, ASHAs earn between Rs. 4,000 and Rs. 5,000 (US$55-69) per month for what is effectively full-time work. Incentives offered are also insufficient. For example, accompanying women to give birth at hospitals is incentivised, but travel for critical antenatal check-ups is not.

The wage gap persists even for female doctors, who are highly underrepresented. While there is little data from India and other low-middle-income countries, numerous studies conclude that female doctors earn 20-29% less than their male colleagues, globally (Boesveld 2020). This may reflect the predominance of men in higher paying leadership positions. One review indicates that only 25% of global health organisations have gender parity at senior management levels, and 20% of organisations have gender parity in their governing bodies (Global Health 5050, 2018).

The health system response to the Covid-19 pandemic has relied heavily on already strained ASHA workers, increasing their work hours and tasks with a negligible increase in pay. A study conducted by the Thomson Reuters Foundation showed that average earnings remained just Rs. 4,156 (US$58) in July 2020 – an increase of Rs. 60 from February – despite the Rs. 1,000 wage increase officially implemented in March.

Nurses as critical frontline workers are also dealing with even longer working hours and reduced pay. In April 2020, the United Nurses Association, a national union representing 380,000 nurses, filed a petition with the Supreme Court seeking the government’s intervention to frame a policy for their welfare – including addressing non-payment of salaries, lack of personal protective equipment (PPE) in hospitals, long shifts, and lack of access to adequate Covid testing and quarantine facilities. However, the Court disposed of the petitions after noting that the central government had already established a helpline number for healthcare workers’ grievance redressal.

The cost of the pay gap

The impact of this financial inequality can be crippling for health systems, healthcare delivery, and to women empowerment – particularly in low-income contexts.

Impact on women’s careers: The devaluation faced by women in the health system through gender-inequitable norms around prestige, salary, and opportunities for advancement impact their continued participation (Hay et al. 2019). A large proportion of qualified and trained female health workers in India, for instance, are currently not in the health workforce (Karan et al. 2019). The 2015 Lancet Commission for Women and Health highlighted how the lack of, low, or inconsistent income in addition to no career mobility leads to high attrition rates among CHWs (Langer et al. ). The Report of the Working Group on National Rural Health Mission (2012-2017) documents that the attrition rate of ASHAs ranges between 5% and 15% (Working group on National Rural Health Mission (NHRM) (2012-2017, 2011).

With women dropping out of the workforce for these reasons, it becomes clear that the absence of gender parity in healthcare leadership is not due to lack of interest, difference in career commitment, or years of education, but due to systemic gender bias, scarcity of opportunity for advancement, and a glass ceiling that exists within healthcare just as in other sectors.

Impact on achieving universal health coverage (UHC) and Sustainable Development Goals (SDGs): With a predicted shortfall of 18 million health workers needed to reach UHC, there is an urgent need to arrest attrition, better deploy available talent, and strengthen health systems by addressing gender inequality in the health workforce. The World Health Organization (WHO) and the Lancet Commission’s SDG Health Price Tag study also found that almost half of the investment required to achieve the health SDGs relates to education, training, and employment of health workers. Investments in the health and social workforce have a powerful multiplier effect on economic growth and women’s economic empowerment and participation, with an estimated 9:1 return on investment (Stenberg et al. 2017). Overall, it is estimated that women’s equal participation in the economy could increase global GDP (gross domestic product) by US$28 trillion or human capital wealth by 21.7% (Woetzel et al. 2015). Evidence from a range of countries shows that increasing the share of household income controlled by women and increasing their ability to earn income independently also benefits the families, especially children, by increasing investment in education, health, nutrition, and housing.

The first step towards a gender-equitable human resource for health is the availability of relevant data. Collection of good quality data on sex distribution across pay grades, and career advancement at national and state levels is the place to start. A well-designed human resources information system (HRIS) could provide this data in a continuous way and help identify issues essential for Human Resource for Health (HRH) policy and planning – including identification of discrimination in pay, promotion, or training. Essential to this process is also including ASHA workers in the HRIS, as well as acknowledging their role while measuring programme management, sustainability, accountability, and value. This measurement is key to making the system more inclusive and cognisant of the barriers faced by CHWs.

The second priority is to integrate this understanding of the gender pay gap and inequity faced by women health workers into health system policy and functioning. Adequate investment in health employment, particularly in underserved settings, will require a multi-stakeholder financing plan including governments, the private sector, and civil society organisations, since non-government stakeholders can inform, learn from and supplement government capacity in this sector.

Ensuring diverse gender representation in decision-making bodies, together with widespread consultation with health workers across cadres, are also key to ensure that all relevant perspectives are considered. Widespread participation and reflection will help ensure accountability around the specific measures put in place. The largest gaps in pay do not exist between women and men working in the same types of jobs, global gender pay gaps are in large part driven by occupational sex segregation – the fact that women and men are concentrated in different sectors and positions (Bennedsen et al. 2019). Hence, diversifying roles, investing in policies and programmes that address occupational sex segregation, incentivising hiring more women in male-dominated positions and vice versa would also have a profound impact on the wage gap in the sector.

An urgent point of reform must be the performance-based pay system for ASHAs, which requires review and restructuring. Mere incentivisation (financial and non-financial) of outputs without job security, protection from violence, workload management, regular payments, and opportunities for career progression cannot ensure ASHAs are able to perform at their best. Engagement with ASHA worker organisations and collectives is essential for this.

The resilience of our health system is becoming increasingly critical with the health and climate shocks predicted over the decades to come. We cannot meet this challenge if 70% of our health workers are demotivated, burnt out, and leaving the system. The gender pay gap in healthcare is endangering lives.