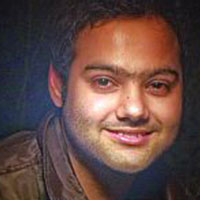 Swachh Bharat Mission – the flagship sanitation programme of the Indian government – aims to make India open-defecation free by 2019. However, this has only been achieved in 17 of 686 districts so far. In this article, Bhaskar Pant outlines the key reasons due to which the government’s efforts are not being reflected in the results, and makes suggestions to increase the effectiveness of the programme.

India is home to over 626 million people who defecate in the open. The country accounts for 90% and 59% of people in South Asia and the world, respectively, that practice open defecation (OD). Around 60% of Indians do not have access to safe and private toilets (WaterAid, 2015). The overwhelming majority of those without access to sanitation facilities in India live in the rural areas.

Swachh Bharat Mission, the government’s flagship sanitation programme, will complete two years in October 2016. However, a recent rapid survey1 conducted by the National Sample Survey Organisation (NSSO) on the programme has put a big question mark on its ability to achieve the goal of an open defecation-free (ODF) India by 2019. It finds that over half (55.4%) of the population in rural areas still defecates in the open. The situation is better in the urban areas where only 8.9% people defecate in the open2. New data submitted by the Ministry of Urban Development to the Lok Sabha also shows that against a target of constructing 2.5 million individual household toilets by March 2016, only 1.32 million were actually built.

The efforts of the government are not being reflected in the results due to several reasons. Firstly, excessively centralised planning with subsidy-focussed, construction-driven approach should be done away with. Instead of the annual plans prepared by districts, micro-planning should be undertaken at the gram panchayat level for more effective and efficient functioning of Swachh Bharat Mission. The government should focus on using the ‘Community-Led Total Sanitation’ (CLTS)3 approach with people building toilets on their own. This will encourage communities to take the lead and identify their own measures to end OD. The national-level approach is meaningless if it is not achieving the desired results. The community should become the starting point and single window for implementing the Swachh Bharat Mission. There is also a dire need for a dedicated cadre of trained personnel to scale-up the programme and trigger change. This requires people from within the community as facilitators. Trained in participatory approaches as well as facilitation skills, these people will be able to mobilise and inspire the community to expedite change.

The second area is behavioural change through effective campaigns where the government needs to move up a gear. The biggest problem in India has never been the building of toilets; it has been promoting their use. Toilet use has never been an embedded cultural practice especially in the rural areas. The Sanitation Quality, Use, Access and Trends (SQUAT) Survey, 2014 clearly pointed out that many people have a revealed preference for OD such that merely providing latrine access without promoting latrine use is unlikely to significantly reduce OD.

Celebrities and sportspersons can be used as the agents of change. A recent campaign by UNICEF (United Nations Children’s Emergency Fund) in partnership with the International Cricket Council (ICC) and Board of Control for Cricket in India (BCCI) called ‘Cricket for Good and Team Swachh’ showed how the popularity of sportspersons amongst children can be leveraged for better sanitation and hygiene. The campaign advocated the use of toilets and discussed the importance of hygiene and sanitation. Through cricket matches, the sportspersons pitched for the use of toilets amongst underprivileged children. However, solely relying on celebrities would not be enough and the government needs to promote local ambassadors as well.

The Banka Bikano (brave and beautiful Bikaner) in Bikaner and Chokho (Clean) Churu in Rajasthan are good examples of effective campaigns that are being led by zealous local administrations and active intervention by communities especially women who are encouraging and monitoring sanitation in the districts. Novel approaches are being adopted, for example, a mobile application to track the use of toilets, on the basis of which payments are made to the communities. In the first case, payments are made to beneficiaries when they start using toilets, while in the latter payments are made only when the whole village is ODF. The mobile application ‘Outcome Tracker’ developed by World Bank’s Water and Sanitation Programme (WSP) has been effectively utilised by the district-level verification team in Bikaner to survey households, schools, and anganwadi centres4 in gram panchayats that have claimed ODF status. The application provides reliable information in the form of photographs and GPS coordinates. With real-time analysis of data, it has become possible for the district administration to verify ODF easily and effectively.

Innovative ideas with successful results should be replicated in other places. A ‘National Rapid Action and Learning Unit’ has been constituted to institutionalise learning from the field and provide quick feedback. The technology aspect is also being focussed and an expert committee under Dr. R.A. Mashelkar has been constituted to examine new innovations. Exhibitions are organised to help the spread of these technologies across states and to partner with all stakeholders including researchers, academic institutions and NGOs working on sanitation in the region.

Use and maintenance of sanitation systems

Government needs to work on the entire sanitation value chain that includes water supply; containment, safe disposal and treatment of waste; and maintenance of infrastructure. The construction of toilets and campaigns need the backing of infrastructure for regular monitoring of toilet use, and servicing and performance assessment of sanitation systems. The NSSO survey finds that in 54.9% of the villages that have community toilets, cleaning was being done by staff employed by the panchayat or on contract payment; in 17% of villages, it was being done by the residents themselves; and in 22.6% of the villages, community toilets were not being cleaned at all. By comparison, in only 8.6% of wards in cities, community toilets were not being cleaned by anyone.

Here, we have to bear in mind that caste practices are a big obstacle in rural India. Government needs to worry about what happens when latrine pits fill up and who empties them. Even as government is facilitating use of a technology that allows the pits to decompose before they need to be emptied, the rural population still sees it as manual scavenging. The lower castes don’t want to clean the toilets of others, not even of those belonging to their own community, and people from upper and intermediate castes don’t want to associate themselves even with the emptying of decomposed pits. Thus, the government needs to focus on Panchayati Raj Institutions (PRIs) and use them as a platform to encourage villagers to adopt sustainable sanitation practices and facilities through awareness creation, health education, and creating public-supported frameworks of disposal and utilisation.

Post construction of toilets, there should be regular monitoring by the community of whether people are actually using the toilets. There is also a big issue of ‘ghost’ toilets that only exist on paper, including toilets that fall out of use or become dysfunctional due to lack of behavioural change and/or poor construction quality. We need to learn from the past and not repeat such failures.

OD poses a serious threat to the health of children and women in India. Thus, corrective and collective action is the only way forward to achieve a ‘Swachh Bharat’ for national development.

A version of this article has appeared on the Times of India Blog.