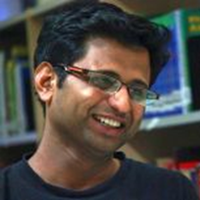 Over the last two decades, students have exited government schools in India due to the poor quality of schools, resulting in the mushrooming of small and tiny private schools that are scattered across the country. In this post, Shivakumar Jolad suggests strategies for restructuring the public schooling system via consolidation of neighbourhood schools and vertical integration across levels of schooling, to enhance efficiency.

India has a massive schooling system, with over 1.5 million schools spread across the country and 260 million children studying from grade 1 to grade 12. Access to neighbourhood schools is now a reality, as nearly 96% of rural habitations have an elementary school (primary and upper primary) within a radius of 3 km.

While the government has ensured access, it has failed miserably in terms of quality. Growth in enrolment in the last two decades was primarily driven by private schools. We see a mass exit of students from government schools, resulting in the mushrooming of small and tiny private schools in both urban and rural areas. Rapid fall in fertility rates has resulted in demographic decline in child population, further accentuating the growth of schools that are small in size. As per UDISE (Unified District Information System for Education) data, in 2015-16, there were about 250,000 elementary schools with enrolment of 30 or less, out of which 78,300 had less than 15 students. Nearly 7,200 schools have zero enrolment. 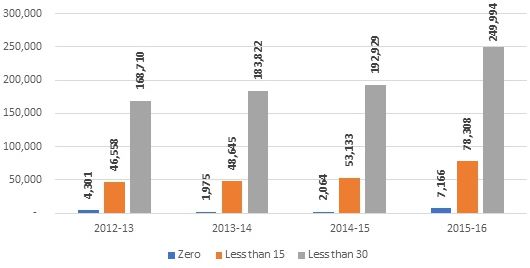 The existence of a large number of small schools compromises quality and efficiency by imposing additional costs in terms of the provision of physical and human resources, and measurement and monitoring of schooling outcomes. The first to exit dysfunctional public schools are those from better socioeconomic classes. The ones from disadvantaged backgrounds suffer the most due to poor quality schooling. Studies have revealed that students drop out mainly because schools are not attractive physically and pedagogically (Ramachandran 2003). These failures of the public school system call for an overhaul of the structure of schooling in India.

Way back in 1966, the Education Commission (popularly called the Kothari Commission) Report studied the school size distribution in India and discussed optimal location and size of schools to avoid waste and duplication and increase efficiency. The Commission recommended optimal size of lower primary schools to be in range 160-200, with 4-5 teachers and a headmaster. For higher primary schools, the suggested enrolment was 300-400 with 7-8 teachers and a headmaster. It called for setting up a secondary school serving a radius of 8-11 km with a population coverage of 10,000 to 15,000, which in today’s standards, is inadequate to achieve universalisation of secondary education.

In the second All India Education Survey, 1973, norms for primary school siting were formulated based on distance and population, which set a precedent for creating neighbourhood schools. The National Policy on Education, 1986, and Programme of Action, 1992, laid stress on achieving Universal Elementary Education (UEE) at the earliest and established many non-formal schools (NFS), which had low enrolment and flexible hours of teaching. Access continued to be a priority even in the early 2000s. Under the Sarva Shikha Abhiyan1, many of the NFS were converted to formal schools. About 204,000 primary and 159,000 upper primary schools were constructed under SSA by 2015-16.

Section 6 of the RTE (Right of children to Free and Compulsory Education) Act, 2009, notified neighbourhood norms for schools that were 1 km walking distance from the habitation of a child at the primary level (grades 1 to 5) and 3 km at the upper primary level (grades 6 to 8), to be established by appropriate government and local authorities.

The complex organisational structure of schooling across different levels such as primary, upper primary, and secondary schools, and multiple managements (within government and private) breaks the continuity in schooling leading to higher dropout rates. There should be no need to have separate primary-only schools when the constitutional mandate is completion of primary and upper primary classes up to grade 8. One option is to merge all lower primary schools into neighbouring higher primary schools or to upgrade them to include upper primary classes. With universalisation of secondary education on the table, primary and secondary schools should be integrated as well. Further, secondary education should include vocational education to enable students to obtain gainful employment.

Current norms for neighbourhood limits for schools vary by level: primary schools within 1 km, upper primary schools within 3 km (RTE), and secondary schools within 5 km walking distance from children. A common norm for all levels of schooling will ensure vertical integration. Currently we do not have adequate supply of government-run secondary schools. Although it is desirable to have schools from grades 1 to 10 within 1 km walking distance, it may not be possible in areas with sparse habitations. A composite neighbourhood schools within 3 km of habitation can be established in rural areas. In urban areas with high population density, the 1 km norm may be adequate for all levels.

Composite schools can be created by vertical integration across levels and consolidation of neighbourhood schools. This leads to increased school size, and better rationalisation of teachers, and prevents multi-grade teaching. Composite elementary schools up to grade 8 with one section for each grade, should ideally have 200-300 students and nine teachers (including head teacher). Schools including secondary classes should have at least 400 students, preferably multiple sections at secondary levels, and 15 teachers to have subject-wise teachers as per requirement.

Many states such as Andhra Pradesh, Rajasthan, Odisha, Himachal Pradesh2, and Maharashtra have attempted to consolidate schools (under names such as school rationalisation, mainstreaming, amalgamation, and integration) at primary and upper primary levels (Srinivasa 2017). However, these attempts have been made without adequate study of the need for consolidation and its impact on children in local communities. Rajasthan has undertaken school mergers on the largest scale. About, 17,000 schools were ordered to be merged, of which 12,944 primary and 1,728 upper primary were merged as of 2016. All primary/upper primary schools with less than 30 children, following the RTE norm, were merged with the schools situated within the 1 km range and having higher enrolments. Primary and upper primary schools were merged with secondary and higher secondary schools. These merged schools are declared as Adarsh Vidhyalaya or ‘model schools’. It is reported that this policy compromised access and children in remote areas dropped out. There was no clear policy on providing transportation and facilitating mobility of students to merged schools. Also, there was no local consultation before the closure of schools.

Any policy around restructuring of public schooling needs to be crafted carefully with a broader perspective, as the outcomes may have several implications on access, equity, and accountability. School location decisions have to take into account the optimal match of schooling demand with supply in the neighbourhood without compromising functional access. Diversified strategies need to BE adopted to address the specific requirements of urban, rural, tribal, and remote locations. The following guiding principles could be followed for school consolidation and restructuring:

Detailed planning for consolidation based on secondary data, child mapping, and mandatory consultations with all stakeholders and local governance institutions should be undertaken. Financially empowered local committees could be set up to look into any transitional problems that may arise. In order to achieve vertical integration, we need to merge SSA and RMSA (Rashtriya Madhyamik Shiksha Abhiyan)3at the Centre, and primary and secondary education bodies under the education departments in states. (MHRD is contemplating merger of SSA and RMSA and integrating preschool education). District Primary Education Plan (DPEP) and District Secondary Education Plan (DSEP) should be merged.

The central, state, and local governments should act as facilitators for consolidation and desist from following a one-size-fits-all approach. Consolidation should be a local exercise, best carried out by local authorities. They should be empowered to take decisions regarding consolidation after careful assessment of the need at the local level in consultation with teachers, parents, and the community. The state government should act as facilitators in the process by providing school data analytics and visualisation platforms, capacity-building of local authorities, and financial support. The Kasturirangan Committee, which has been set up to draft the New Education Policy, is expected to submit its report soon. Evidence and inputs from this work could guide the restructuring of the schooling system in India.

A shorter version of this post has appeared in Mint: https://www.livemint.com/Opinion/jzyj6FN9TvMXVH0YSeJyRP/Restructuring-the-public-school-system.html