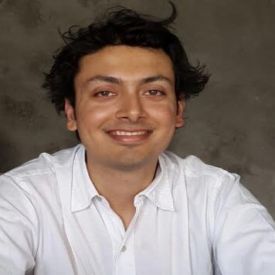 The green revolution, a period of rapid technological change in agriculture stemming from the introduction of high-yielding variety (HYV) crops, transformed India’s agricultural sector between the 1960s and 1980s, ending perennial food shortages and giving rise to ‘modern’ farming based on the intensive usage of inputs like fertiliser, pesticide, and mechanisation.

HYV crops were a simple innovation, based on the development of new semi-dwarf varieties of staple crops that, due to their shorter stature, could support the production of grains and yields up to twice as great as that of traditional varieties. My research suggests that the spread of this simple innovation in crop technology played a key role in India’s historical transition from single-party dominance to multi-party competition, one of the most important episodes of democratic deepening of the 20th century.

How did a technological revolution in agriculture translate into a political revolution? In the decades after independence in 1947, political power in India was monopolised by a single party: the Indian National Congress. Over the course of the 1970s and 1980s, the Congress party’s grip on political power faded, as agrarian and regional opposition parties across the country, ranging from the Telugu Desam Party in the south to the Lok Dal in the north, sprang up and began winning elections at the state level. These parties capitalised on the growing political clout of farmers and cultivating castes, like the Jats and Kammas, who had prospered during the green revolution and found inadequate representation within the urban- and elite-dominated leadership of the Congress party.

How did the green revolution bolster the political power of rural groups? Three key forces were at work. First, farmers grew wealthier and therefore became less dependent on traditional patron-client ties to the Congress party. Second, because HYV crop cultivation was extremely dependent on the usage of inputs like pesticide, fertiliser, electricity, irrigation, and mechanisation, farmers gained the incentives to mobilise to obtain greater subsidies for agriculture. Third, the improved productivity of HYV crops exerted downward pressure on crop market prices, providing a focal point for cross-class collective action by farmers to demand higher crop procurement prices from the Indian government.

In recent research (Dasgupta 2018), I examine the correlation1 between the share of district-level agricultural land planted with HYV crops between 1957 and 1987 and electoral outcomes. The statistical analyses reveal an extremely robust pattern: as the share of district land planted with HYV crops increased, the Congress party’s vote- and seat share fell steadily as agrarian and regional opposition parties gained ground. To account for potential confounding variables which may affect why HYV crops were adopted in some regions of India but not others, it is possible to use aquifers as a source of exogenous (external) variation in HYV crop adoption. Districts with greater aquifer coverage saw disproportionate adoption of the new crop technology after it was introduced in 1967 and also, strikingly, experienced a disproportionate decline in the Congress party’s electoral performance at exactly the same time.

Evidence for the argument can be found in narratives as well, one of the most curious of which is the Telugu Desam Party’s iconisation of Sir Arthur Cotton, a colonial-era British canal engineer posted to India during the 1850s. Since first coming to power in Andhra Pradesh during the 1980s, the Telugu Desam Party has built many statues of and even dedicated a museum to Sir Arthur Cotton. Why? Cotton helped to build a barrage on the Godavari river, which resulted in the spread of canal-based irrigation in coastal Andhra Pradesh. This canal irrigation, in turn, explains why the green revolution occurred with such intensity in coastal Andhra Pradesh, which today represents the ‘rice bowl’ of the south. It is precisely from this agriculturally prosperous coastal region that the Telugu Desam Party has historically drawn most of its electoral support – an intriguing link between the green revolution and political change in India embodied in the proliferating statues of Sir Arthur Cotton.

What have been the long-run consequences of the green revolution?

Today, India is a multi-party competitive system in large part thanks to this technological revolution; indeed, the once dominant Congress party is but a shell of its former self. By increasing the political power of rural groups, the green revolution also gave rise to a regime of extensive subsidisation of the agricultural sector. This has had its share of negative consequences, not least an ecological crisis stemming from the rapid depletion of aquifers and over-usage of toxic pesticides which have, paradoxically, been detrimental to rural communities.