An economic roadmap for India 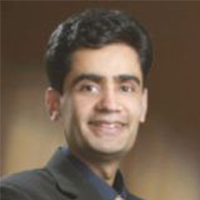 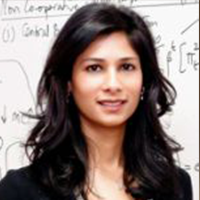 With a new government at the Centre, there is an expectation of a revival of growth of the Indian economy. This article contends that India can return to the path of sustainable growth by investing in capital, promoting growth of industry, improving environment for doing business, prioritising fiscal discipline, and improving education and healthcare.

India’s incoming Prime Minister, Narendra Modi, has promised to turn his country’s sluggish economy around. When asked recently about his reform plans, Modi responded that his roadmap was simply that “Our GDP should grow”. This seems like an obvious goal, but in recent years India appears to have been losing sight of it.

First, India is a ‘young’ emerging market. This means that sustaining a high rate of economic growth for the next five years can come about without making dramatic changes to India’s institutions. A country’s output depends on its inputs, namely its labour force and capital stock, and on the efficiency with which it uses them. When the capital stock – including infrastructure – is deficient, investing in it is one of the quickest ways to generate growth (as long as finance is available). This is the ‘low-hanging fruit’ that Modi should go after right away. It is a much more difficult and gradual process to increase the efficiency of resource use and the skill level of the labour force.

Second, the service sector has been the primary driver of economic growth in the last few decades. Industry’s share of value added is stuck at 25%, and the share of micro and small enterprises in manufacturing employment in India is 84%, compared to 25% in China. This is anachronistic for a country at India’s level of development. The fact that India has moved from an agricultural economy to a service-driven economy with almost no growth in industry is not a virtue; it is an outcome of policies that have hampered manufacturing and mining.

With production costs rising in China, international buyers are looking for alternative sourcing destinations for manufactured products. If India, with its large labour force, is to seize this opportunity, it must nurture its industrial sector.

Third, India’s rank in the World Bank’s “Ease of doing business index” fell from 116th out of 189 countries in 2006 to 134th in 2013 – clear evidence of stalled reforms. The new government needs to reverse this trend and improve the environment for doing business. There is a large constituency of domestic and international investors who will respond positively and rapidly to any steady improvement in India’s institutional environment, which should be an ongoing process.

Here, again, it is not as if large, comprehensive reforms are required. Significant improvement could be achieved by rule changes to accelerate approval of business permits and environmental clearances, simplify labour regulations, and fill judicial vacancies. All of this is well known; what is needed now is the will to undertake such reforms and a mechanism for oversight and accountability to ensure that the bureaucracy implements them quickly and effectively.

Fourth, in recent years the lack of fiscal discipline has been costly for the Indian economy, as excessive demand arising from large deficits translated into stubbornly high inflation and was partly responsible for large current-account deficits. Fiscal discipline should be a priority, not an afterthought. An emerging market requires a strong commitment to keeping fiscal deficits in check. New budget legislation, along the lines of the Fiscal Responsibility Act of 2003, but with more teeth, needs to be instituted.

Lastly, improving the quantity and quality of education and healthcare through partnerships with the private and non-profit sector and researchers is essential to sustain growth beyond the next five years. The new government should promote researcher-policymaker partnerships to design and evaluate innovative programmes to solve knotty policy challenges like improving learning outcomes and boosting preventive healthcare.

India is fortunate to have thought leaders in almost every sector who could help unleash such innovation in partnership with the civil service. Just as there is a chief economic adviser in the finance ministry, why not have a technocratic chief education adviser or a chief health adviser to work with the education and health secretaries?

Will a Modi government be able to deliver on these fronts? Modi has certainly championed economic growth, and he constantly points to his success in building roads and ensuring power supply as Chief Minister in his home state of Gujarat. The BJP manifesto proposes to pursue “minimal government and maximum governance.”

It is refreshing to encounter this acknowledgment that government might sometimes be the problem. But replicating Modi’s success in Gujarat at the national level and confronting other development challenges will require cooperation from state governments, which is uncertain at best. After all, any attempt to change rules and laws (such as labour legislation) that benefit established interest groups invites opposition. What India’s economy needs has been evident for years; the challenge for the new government is to find a way to get it done.

This article has appeared on Project Syndicate and Live Mint.