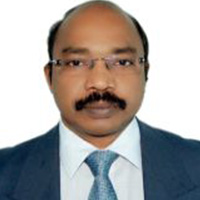 The corporate sector is the linchpin of the ‘Make in India’ campaign. This column finds that the sector is increasingly relying on imported inputs and its net foreign earnings are on the decline, thus contributing to the country’s current account deficit. It suggests that ‘Make in India’ should emphasise domestic procurement of inputs and strengthen technological capabilities in the country.

The much acclaimed ‘Make in India’ campaign is a shot in the arm to external liberalisation, which was ushered in about two decades ago. The private corporate sector, which has increased its role in Indian manufacturing over the years (Rajakumar 2011), has been the linchpin of the campaign. This leads to the question of how the private corporate sector has responded to the trade liberalisation of the 1990s.

With increased opening up, companies may have increased their export orientation as well as import dependence, in order to sustain their competitive advantage. From our country’s balance of payments (BoP)1 point of view, what matters most is how much corporates earn in foreign currencies relative to their spending in foreign currencies.

As an institutional category, corporate sector consists of both Indian and foreign direct investment (FDI) companies. In this column, I make an attempt to examine foreign exchange earnings and spending of corporates in India, by considering Indian companies separately from FDI companies (Rajakumar 2014).

Rearranging the above gives:

I thus derive a separate data series for Indian companies, while retaining data collected from the studies of FDI companies.

Trends in exports and imports of corporates in India

Export orientation of the corporate sector in India, whether Indian or FDI, has undoubtedly increased over the years, as shown by the rising export intensity (exports as percentage of sales) of these companies (Figure 1). With some fluctuations in between, Indian companies have considerably increased their exports from 8% of their sales in 1993-94 to 21.4% in 2011-12. Export of FDI companies was higher than that of Indian companies at 10% of their sales in the 1990s, which gradually went up to 15% in 2003-04; since then it remained more or less unchanged and stood at 14.2% in 2011-12. Over the years, Indian companies outpaced their FDI counterparts, registering higher export intensity. Indian companies have thus increased their global market orientation, whereas FDI companies have tended to remain domestic-market oriented. However, initial export enthusiasm of corporates as a whole has tapered off since 2004-05, when the domestic economy picked up unprecedented growth momentum. Perhaps the domestic market served as a substitute for the global market, given the rise in domestic incomes.

Foreign exchange spending basically has two parts, one, import of merchandise inputs (such as raw materials, components, stores and spares) and capital goods; and two, non-import spending on account of technical fees, royalties, dividends, interest, travelling expenses, professional and consultation fees, and so on. Considering these different items, I worked out the following ratios to examine import intensities:

Table 1. Import intensity of raw materials and stores and spares (in %)

Note: RM&C refers to Raw materials and components, and SS refers to stores and spares

Table 2. Capital goods imported as percentage of spending on purchase of capital goods

Note: Spending on capital goods refers to purchase of plant and machinery, and capital work in progress.

Figure 2. Non-import spending, as % of sales

‘Make in India’ should focus on domestic inputs and technology

Corporates, including both Indian and FDI companies, are increasingly relying on imported inputs. Comparatively better export intensity of Indian companies since 1998-99 indicates that Indian companies have increasingly become more focused on the global market, while FDI companies have become more focused on the Indian market. Corporates report a trade deficit (difference between exports and imports), which has widened in the recent years, accounting for about one fifth of the income of the sector - a sizeable outflow of foreign exchange.

For the country as a whole, the overall current account deficit was 1.6% of gross domestic product (GDP), at market price, in 1992-93 and 4.2% in 2011-12, the highest in the last two decades5. The observed rise in the foreign earnings deficit of the corporate sector would have undeniably contributed to the rising current account deficit.

Given that ‘Make in India’ seeks to provide a fillip to domestic manufacturing, an important shortcoming is the lack of emphasis on procurement of domestically-produced inputs. Based on the results discussed above, it cannot be denied that corporates will view the domestic market as a substitute for the global market, particularly when the domestic economy reports steady growth. As much as the government attempts to invigorate corporate investment (both domestic and foreign) by easing norms, a certain level of export commitment, if solicited, will facilitate more inflow of foreign exchange. It is also necessary to step up domestic technological capabilities so as to reduce reliance on imported technology. Such measures, if appropriately designed and implemented, will reduce the outflow of foreign exchange arising out of corporates’ external transactions.