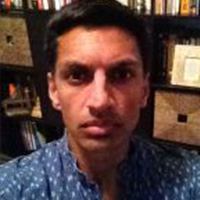 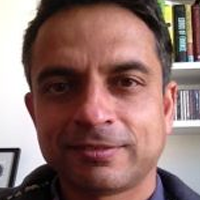 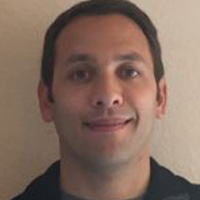 Many of the reforms introduced under the National Food Security Act are modeled on PDS reforms implemented in Chhattisgarh. These reforms are widely believed to be responsible for the state’s success in improving the distribution of food grains through PDS. However, this column shows that Chhattisgarh’s success pre-dates most of the reforms on which the Act is modeled.

By transforming food aid from a discretionary component of the social safety net to a legal right, the National Food Security Act (NFSA) represents an important policy change. Passed in 2013, the NFSA expands the number of households entitled to receive food grains through the public distribution system (PDS). It also introduces a number of reforms - many of which are modeled on PDS reforms implemented by the state of Chhattisgarh – to improve the distribution of PDS food grains. We find, however, that the improvement in Chhattisgarh´s PDS performance pre-dates most of the reforms on which the NFSA is modeled. Our research (Krishnamurthy et al. 2013) suggests caution in predicting whether the reforms proposed under the NFSA can in fact help other states to replicate Chhattisgarh´s much-touted success.

Chhattisgarh as a model for the National Food Security Act

Beginning in 2004, Chhattisgarh´s newly-elected government led by Chief Minister Raman Singh introduced a series of major reforms to the delivery and procurement of PDS food grains1. These included transferring fair price shops (FPSs) to local bodies such as Gram Panchayats2, providing below-poverty-line (BPL) rations (most subsidised rations) to more households, and reducing the PDS ration price. The state also implemented a number of smaller reforms such as sending ‘SMS alerts’ to report grain movements to citizens who registered to receive them, using electronic weighing machines for rations, visibly marking households to indicate their ration entitlement, and publicly displaying a list of all ration-card holders at the FPSs.

In short, our analysis confirms Chhattisgarh´s remarkable and well-publicised success with its PDS. Moreover, not only did people in Chhattisgarh eat more PDS rice, they also improved the quality of their diet by eating more pulses, produce, and animal meat products. This increased the amount of proteins and nutrients such as minerals and iron in their diet.

Success has many fathers

Can we attribute Chhattisgarh’s success to its PDS reforms and, if so, to which ones? Prior to the PDS reforms of the Raman Singh government, the previous state government under the leadership of former Chief Minister Ajit Jogi implemented two key reforms between 2000 and 2003, just after the formation of Chhattisgarh. First, the Jogi government allowed private dealers to apply for licenses to run FPSs. Privatisation almost doubled the number of FPSs in the state. This jump in the number of FPSs is important because PDS access in Chhattisgarh was especially poor. Compared to its neighbouring states, Chhattisgarh started off with less than half the number of FPSs per 1,000 persons. The reform significantly narrowed this gap.

Second, the Jogi government increased the amount of PDS rice that it procured directly from farmers within the state. Starting in 2002, Chhattisgarh began to participate in the decentralised procurement scheme in which state governments procure rice and wheat directly from local farmers. As a result, between 2002 and 2004, PDS rice procurement rose from just under one million metric tonnes to just under two million metric tonnes - an increase of approximately 100%.

We think it likely that Chhattisgarh’s early reforms under the Ajit Jogi government played an important role in its strong PDS performance relative to its neighbours. Consistent with this hypothesis, we find that the biggest jump in PDS usage in Chhattisgarh came from families entitled to the largest PDS subsidies. We also rule out one plausible alternative hypothesis. Chhattisgarh was carved out formerly remote and neglected districts of Madhya Pradesh. As a newly independent state, it may have benefitted from more resources and better governance. This could improve the PDS independently of any specific reforms. However, if this were true, we would expect to see a similar pattern in the states of Jharkhand and Uttarakhand that were formed at the same time. However, our analysis shows no such PDS improvement in those two states.

We are skeptical, however, that Chhattisgarh’s strong PDS performance after 2004 can be fully attributed to the Raman Singh government’s reforms. After all, its neighbours also shared this performance. What, then, accounts for the similar improvement in PDS performance in Chhattisgarh and neighbouring states after 2004? In our view, the answer lies in global trends. This period was marked by a dramatic increase in global food prices and a global financial crisis. Consequently, PDS food grains became attractive to many non-poor families, who are entitled to PDS rations but do not get the full subsidy. In normal times, these families prefer to buy the higher-quality food grains from the market because the price difference is not too large.

Implications for the National Food Security Act: A note of caution

Our research suggests that the PDS success story in Chhattisgarh was driven by multiple factors. The major reforms undertaken by the Raman Singh government starting in 2004 might have played a role, but earlier reforms by the Ajit Jogi government may be at least as important. Post-2004, national trends likely played a major role, and other political and social factors might also have been at work over the entire period.