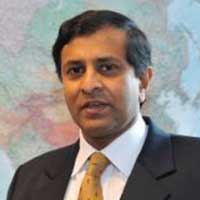 PM Modi recently said that India needs to move from ‘Look East’ to ‘Act East’ and that this is a key component of his government’s foreign policy. In this article, Ganeshan Wignaraja, an economist at the Asian Development Bank, assesses the impact of India’s ‘Look East Policy’ of 1991 on India-East Asia economic integration. He contends that closer ties with East Asia can lead to significant economic gains for India provided government and businesses work together to promote reforms and regional integration.

Following Prime Minister Modi’s visit to Japan in August 2014, his first state visit outside South Asia, there was talk of a new Indian ‘Look East Policy’, version 3.0. The talk has begun to be translated into action. India and the China have signed deals worth US$22 billion during Modi’s visit to China last week. Amid risks and uncertainties in the world economy, reinvigorating economic ties with Japan, China and the rest of East Asia presents a critical opportunity for the Indian government to foster new business opportunities and accelerate India’s growth. By looking to East Asia, business and government can work together to foster economic gains for India.

In ancient times there were cultural, trade and other ties between India and East Asia. For instance, between about 200 BC until around the 15th Century, India and various Southeast Asian kingdoms were linked by cultural, political and trade relations. But these relations diminished over time. From the end of the Second World War till about 1990, India and East Asia were relatively isolated from one another in economic terms. There was miniscule trade or foreign direct investment (FDI), and little talk of closer India-East Asia ties using active regional integration policies. This can be attributed to a lack of political signals to foster India-East Asia economic integration, barriers to regional trade and investment, poor regional transport and logistics links, and cultural and linguistic barriers.

India’s ‘Look East Policy’ of 1991, alongside its historic economic reforms, signalled its intention to revitalise cultural, defense and economic ties with economically important East Asia. Since the 1990s, trade between India and East Asia has grown rapidly from a low base. India’s exports to East Asia grew at 14.7% per year while its imports from East Asia grew at 16.1% per year during 1990-2013. East Asian markets currently account for as much as one-fifth of India’s exports and a quarter of its imports. While regional FDI flows have increased, they lag behind regional trade. Annual average FDI inflows from East Asia to India amounted to US$8.6 billion during 2003-2013 and FDI outflows from India to East Asia amounted to US$4 billion per year. India also has a limited presence in global supply chain trade led by East Asia, accounting for less than 1% of this trade in 2013 (Wignaraja 2014a, 2014b). Thus, the data indicates that India’s ‘Look East Policy’ has resulted in increased trade integration with East Asia but not so much yet in terms of FDI and involvement in global supply chain trade.

Since the mid-2000s, India has also concluded several Free Trade Agreements (FTAs) with East Asian economies including a plurilateral agreement1 with ASEAN (Association of South East Asian Nations), as well as bilateral agreements with Singapore, South Korea, Japan and Malaysia. These agreements were spurred by growing economic ties, the need to reduce barriers to trade and FDI, and slow progress in the World Trade Organization (WTO) Doha Round trade talks.

A mega-regional trade deal, the Regional Comprehensive Economic Partnership (RCEP), encompassing India, Australia, New Zealand and major East Asian economies, is currently being negotiated. The RCEP establishes important FTAs between India and other RCEP members, such as China, Australia and New Zealand, which are currently missing. This will give Indian businesses greater opportunities to access a larger regional market and integrate into regional value chains lead by East Asia.

Developing trade preferences2 and regional, rules-based trade with China offers important advantages for India. But there are concerns among some business sectors in India, particularly in the manufacturing sector, about expanding India–China trade. Some fear that cheap imports of manufactured goods from China will adversely affect them because Chinese firms appear to have price and quality standards that few Indian firms can match. Concerns have also been raised about opening sensitive economic sectors and infrastructure to FDI from China, particularly investment from state-owned enterprises that are said to unfairly benefit from Chinese government subsidies.

But this preoccupation with the absolute advantage of Chinese traders and investors is misplaced. Projections3 indicate India can achieve potential income gains of 2.4% by implementing RCEP (Wignaraja 2014c). India has a comparative advantage on world markets in areas such as information and communication technology, professional services, law, banking, and educational services. The RCEP provides inroads for Indian services in China and the rest of East Asia. Moreover, India has emerged as an important destination for tourists from the Asia Pacific region, presenting further opportunities for Indian businesses. In a positive development, India recently introduced an e-tourist visa4 which should reduce red tape and downtime associated with visa approvals. India has also shown growth in some manufacturing sectors in world markets (including pharmaceuticals, the automotive sector, textiles, and food processing), and this trend is likely to continue under the RCEP. FDI inflows from Japan, China and Korea could result in technology transfer and marketing connections with developed countries which are vital to the development of a competitive manufacturing sector in India.

Lobbying for exemptions for sensitive sectors or more protection for declining manufacturing sectors would be an unproductive, defensive approach to RCEP negotiations. Instead, Indian businesses should prepare for a gradual opening of the market under the RCEP by developing quality, cost-competitive goods and services, and investing in delivery systems that meet international standards. New technology, quality management, timely procurement systems, research and development (R&D), relationships with overseas buyers, and technical training are essential if India is to be internationally competitive.

The Indian government can support domestic manufacturing firms by investing in the implementation of second-generation structural reforms, providing access to finance for Small and Medium Enterprises and investing in transport and energy infrastructure, tertiary-level technical education and science and technology institutions. Accelerating the development of the Delhi-Mumbai Industrial Corridor, which is a potential magnet for Japanese FDI and foreign aid, would be a particularly important infrastructure initiative. Another would be improving the port facilities in Chennai, Kolkata and Mumbai, which are gateways for trade with East Asia.

The Indian government can also facilitate the continued competitiveness of services sector through a combination of policy reforms, productivity improvements and investment in infrastructure and human capital.

India should also use RCEP negotiations to push for lower barriers to trade in services and more transparent investment rules. In addition, it would be worthwhile to suggest better monitoring of non-tariff barriers in overseas markets, anti-dumping measures and trade remedies against legitimate unfair competition.

So far India’s approach to the RCEP negotiations has been positive. Prime Minister Modi’s pro-business government has unveiled new economic reforms including liberalisation of entry regulations for FDI and proposals to simplify taxation. But more ambitious domestic reforms, investment in infrastructure and upgrading of skills are necessary if India is to consolidate the benefits of an eventual RCEP agreement. Indeed, India and East Asia stand to gain from closer economic ties in the future.