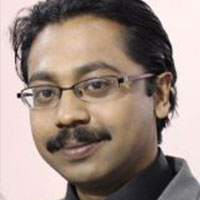 In this article, Mundle and Sikdar of NIPFP, present their estimates of the flow of subsidies through the budgets of the central government and 14 major Indian states in 1987-88 and 2011-12. The estimates show that the overall level of subsidies rela-tive to GDP has declined, as has the share of non-merit subsidies. This suggests some improvement in efficiency in this aspect of public expenditure.

We define budget subsidy as the unrecovered cost of services delivered by the gov-ernment. In the central and state government budgets in India, public expenditure is classified under administrative services, social services, and economic services. Administrative services such as defence, police, general administration, etc. are as-sumed to be pure public goods for which costs are not recoverable, by definition. Hence, the 37 administrative services in the ‘Finance Accounts’ database are not included in the subsidy estimates. The estimates cover all social and economic ser-vices. Examples of major government social services include education, health, and water supply and sanitation. Key economic services provided by the government comprise those for agriculture, industry, power, roads and other infrastructure, etc.

Thus, subsidies have been estimated as the difference between total expenditure, net of transfer payments, and receipts of all government departments providing so-cial and economic services. Transfer payments are excluded because these are unilateral transfers to augment the incomes of individuals or organisations; they are not expenditure incurred in providing any government service. 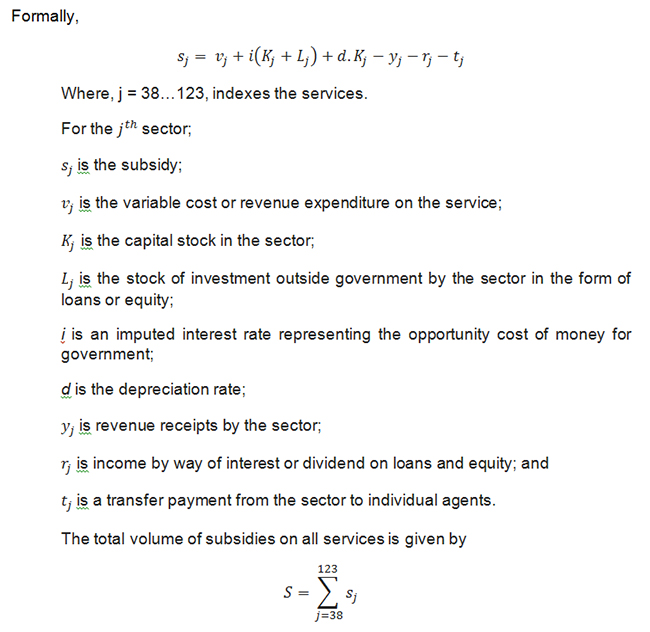 It should be emphasised that not only transfers but also other subsidy-like compo-nents - concessional interest rates, concessional prices of land or other assets, and tax concessions or exemptions (tax expenditures) - are excluded from the estimate. Thus, the concept of budget subsidy is strictly confined to the unrecovered cost of government services (goods) other than pure public services (goods).

The estimates cover 14 major states of India, including undivided Andhra Pradesh, Bihar, Madhya Pradesh, and Uttar Pradesh. On the basis of the current composition of states, altogether 18 states are covered, accounting for around 93% of India’s to-tal population. The estimates also include the flow of subsidies through the central government budget. The all-India estimate includes subsidies provided by the 18 states plus the central government.

We re-estimate subsidies for the year 1987-88, the same year for which Mundle and Rao (1991) had originally estimated subsidies following essentially the same meth-odology1. We compare these with the volume of subsidies provided in 2011-12, the latest year for which ‘Finance Accounts’ data were available when this exercise was started.2

The main finding reported in Table 1 below is that the volume of subsidies relative to GDP (gross domestic product) declined from 12.9% in 1987-88 to 10.6% in 2011-12. But the sectoral pattern of subsidy allocation remained broadly similar over the quarter century: well over half the subsidies are allocated to economic services at the central level, while in the states social services have continued to account for over half of all subsidies. Further details are provided below:

* Ratios in these rows are percentages of GDP. All states refers to the selected 14 major states

* Ratios in these rows are percentages of GDP. All states refers to the selected 14 major states.