Getting more out of India's 'Tourist Visa on Arrival' scheme 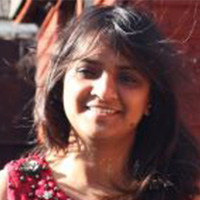 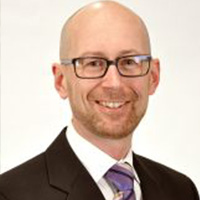 The Government of India has extended the ‘Tourist Visa on Arrival’ scheme - now expected to be renamed ´Visa Online (ETA)´ scheme - from five countries in 2010 to 44 countries in 2014. In this article, Natasha Agarwal and Magnus Lodefalk highlight some of the limitations in the design and implementation of the scheme, and make recommendations for maximising its economic benefit and effectiveness.

By extending the ‘Tourist Visa on Arrival’ (TVoA) scheme1 from five countries2 in 2010 to 44 countries3 in 2014, the Government of India has made unprecedented strides in opening its economy to inbound tourists. Furthermore, the government has initiated reforms of the modalities of the scheme. One of the major reforms, initiated in November 2014, has been to enable tourists to apply and pay for an Indian visa online from their own country, without visiting the Indian Mission. This is called TVoA through ‘Electronic Travel Authorization’ (ETA).

Yet, the share of TVoA through ETA in total foreign tourist arrivals is quite small. The average share of TVoA (with or without ETA) in the total tourist visas issued during the period 2012-2014 was less than 0.5%. Country-wise data also does not present an encouraging picture. For instance, the average share of Singaporeans that obtained TVoA over the period 2010-2013 is less than 2% of the total arrivals of Singaporeans in India. In a similar vein, in December 2014, only 2.2% of Americans entered India by availing the TVoA through ETA, while in January 2015, the figure stood at 4.6%. Hence, inbound tourists do not appear to be very inclined to opt for TVoA.

What limits the success of ´Tourist Visa on Arrival´?

In a forthcoming policy brief, we review the modalities and implementation of the TVoA scheme (Agarwal and Lodefalk 2015). We find the following limitations:

Lack of clarity in application process and travel purpose

First, there is confusion as to what the scheme really means. To a layman, a TVoA would really mean arriving in India, and receiving a 30-day tourist visa at immigration upon showing your passport. However, the official website is not very clear whether this is the case. Point number 5 in ‘Instructions for the applicant’ states that applicant of the eligible country should carry a copy of ETA at the time of travel while point number 1 states that applicants of the eligible countries may apply online minimum four days in advance of the date of arrival, within a window of 30 days. So does this mean that the TVoA will be granted if and only if the applicants of the eligible country have a copy of ETA with them at the time of arrival?6 The Union Minister of Tourism clarified on 9 April 2015 that ETA is mandatory, and accordingly the scheme may be renamed “Visa Online (ETA)” to address the confusion (this has not been formally done yet).

The other source of confusion is in the stated objective of the scheme. According to the website, the facility is available to eligible foreigners whose sole objective of visiting India is recreation, sightseeing, casual visit to meet friends or relatives, short-duration medical treatment, or casual business (See eligibility criteria here). The scheme does not specify what qualifies as a ‘casual’ business visit. In comparison, the Australian government clearly specifies that eligible travellers with an Electronic Travel Authority can undertake business visitor activities. Also, it would be helpful to give details on what may constitute a ‘short-duration medical treatment visit’. The Australian government issues a separate category of “Medical Treatment Visa (subclass 602)”.

Majority of the eligible 44 countries to which the scheme has been opened to (and for which data is available), the average inbound tourist arrivals did not even contribute 1% of the total foreign tourist arrivals in India for the period 2010-2013. Moreover, obtaining is difficult for many of the included countries because of limited access to internet. For example, in Cambodia, average internet access for the period 2010-2013 was as low as approximately 4 persons in every 100 persons7 (Agarwal and Lodefalk 2015). More importantly, for a majority of the countries included, individual export and import vis-à-vis India accounts for less than 1% of India’s total exports and imports. The average trade of India with countries like Vanuatu, Solomon Islands, and Tonga Micronesia, to name a few, for the period 2010-2013, remains negligible.

To maximise economic benefits of the TVoA scheme, we make two strategic propositions:

From ‘Look East’, India has now taken a stand to ‘Act East’. To support this, it helps to know that: a) a majority of the 44 eligible countries are east to India (either in Asia or Oceania region); and b) it finds support in the findings of the United Nations World Tourism Organization (UNWTO) that majority of international travel takes place within the travellers’ own regions.

Nevertheless, the strategy can be strengthened by focusing on the current and future economic importance of the benefitting countries of the scheme. One of the ways to identify the economic importance of the countries could be to look at the ‘Make in India’. The ‘Make in India’ initiative wants India in the global value-added chain by encouraging global manufacturing in India. Therefore, we suggest that India combines the ‘Make in India´ initiative and their ‘Act East´ stand with TVoA by analysing the economic importance of countries, notwithstanding reciprocity, other political factors, diplomatic concerns, and obligations arising out of the international agreements that India is a signatory to. China is an example of a country that is important to India from the perspective of trade and ‘Make in India’ but which constitutes a very low share of inbound tourism in India. Hence, it could be included in the TVoA scheme.

India should also focus on countries that are top spenders in international tourism (only four out of the top 10 countries in 201310 that undertake massive tourism spending abroad are currently eligible for TVoA (UNWTO, 2014).

In a nutshell, India’s initiative to facilitate the visa process is to be lauded. However, the scheme needs to be closely analysed if it is to have any substantial impact, as laid out above. The lessons of the Indian reforms may also be worth considering in other countries as well. Facilitating movement of persons is not only important for the ever expanding tourism industry but also for economies in general in an era of globalisation and international value chains. As one multinational firm puts it: “We work globally – we need people to meet and exchange knowledge. We also need to adapt quickly, or we lose competitive advantages. Mobility is therefore very important to us. Business is better when the right people are at the right place at the right time” (Graneli and Lodefalk 2014). To ‘Make ...(it)... in India’ or elsewhere, smooth movement of persons is key.

This article is based on a Policy Brief that was first published on 13 March 2015.