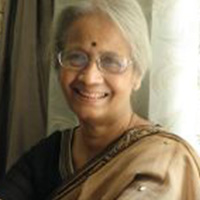 I´ve been thinking cows, bulls and bullocks lately. Being a dyed-in-the-wool Mumbaikar1, I have never known a cow personally. Bulls? Only the Spanish variety glowering dangerously at matadors in films. Bullocks? A little less distantly. I once rode in a cart pulled by a pair of them and five years ago I saw a marvellous film, ´Tingya´, in which a bullock was the tragic hero.

That amounts to more or less zero knowledge about these animals that are a vital part of agriculture. Agriculture, lest we forget, is the original culture of human society. When there was a debate in India over the translation of ´culture´ into Sanskrit, krushti was one of the two frontrunners in the race. Eventually sanskriti won because it had a wider application than krushti, which was too closely associated with agriculture.

The day the state government of Maharashtra decided to ban cow-bull-bullock slaughter, I began to worry about farmers via Tingya. Let me narrate the story of the film briefly. Twelve-year-old Tingya, son of a poor farmer who manages to eke out a living from his few gunthas2 of land, has grown up with the family bullock who is like a brother to him. One day, the inevitable happens. The bullock falls into a ditch, breaks its leg and is no longer useful on the farm. The vet is called in. He takes a look, shakes his head and goes away. The farm needs an animal. There´s no spare money to buy one. The only solution is to sell the incapacitated bullock to the butcher. What ensues is a tug-of-war between economics and sentiment with dire poverty playing referee. Religious taboos don´t even get a look in here. Predictably the bullock is taken away. (I would like to mention here that bullocks are weak bulls castrated in the interests of negative eugenics. It´s not the kindest thing to do to a sacred animal, but clearly, religion concerns itself more with how sacred animals die than live.)

Now the question arises, with the new law in place, what will farmers do with cattle that have had their day? God Pushan3 is supposed to look after their welfare. But somehow he´s not been around much since the Vedas4. So now they only have Devendra Fadnavis5 . With a treasury under stress, he still hopes to gather the limping and the lame, and to conjure up enormous tracts of pastureland where they may spend their last holy years in peace, before walking into the sunset. However, the reality is cracked, parched earth everywhere, with not a blade of grass in sight.

When matters of agriculture bother me, I turn to my friend Milind Murugkar. So I asked him, "What will poor farmers do now that they can´t sell their economically unviable cattle to the butcher?" Prompt came his reply in the form of an article written by Sharad Joshi, leader of the Shetkari Sanghatana (a farmers’ organisation). Joshi takes a clear-eyed look at the problems that will result from the ban on cow-bull-bullock slaughter. Bulls and bullocks, he calculates, are extremely expensive animals to maintain anyway, but particularly so beyond their productive years. A cow is economically viable only if she gives X litres of milk per day. Anything less and she becomes a liability to the farmer. The consequence of shutting the butcher´s door on cow-bull-bullock slaughter might therefore be clandestine killing: "Each time an animal dies," writes Joshi, "an inquiry will have to be held to investigate the reasons behind the death. Was it really natural or was the animal starved or poisoned? A post-mortem will have to be conducted to establish this. Government servants in charge of inquiries will then have a field day squeezing what they can get out of the farmer.

As regards cows, if religious sentiment is to override economic reality, the farmer will have no choice but to double the price of milk.

Caught between hard economics, temperamental rain and the government, the farmer has always died. That is why Mangesh Hadawale, writer-director of Tingya, dedicated his multi-award winning film to "the 131,040 farmers who committed suicide between 1993 and 2006, at the rate of 9,360 a year, 780 a month, 26 a day."

In the case of sacred cows-bulls-bullocks, however, farmers have a way out; and, who knows, they might just take it.

A version of this article has appeared in Mumbai Mirror.