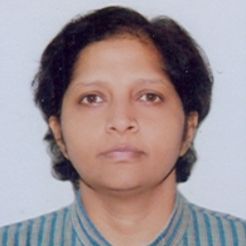 Kavita Rao, Professor, National Institute of Public Finance and Policy, responds to the questions on GST posed in the introduction of this explainer.

It can be argued both ways. To the extent states are faced with uniform taxes, it is possible to argue that states have lost autonomy; perhaps the Centre too has lost autonomy to some extent, since the decision-making within the GST Council so far has been through consensus-building. The fact that there were 29 states and one Union government with varied interests trying to work the modalities of the new regime and at the same time protect their own interests, meant that some compromises were to be expected. To understand this dichotomy, one needs to go back to the constitutional assignment of tax powers in India where the Union government is assigned the right to levy and collect excise on manufacturing, and to tax services while the state governments are assigned the right to tax the sale of goods. The introduction of the GST system required a compromise where the two levels of government shared their base with the other and at the same time, agreed to a degree of harmonisation in structure and procedures. Since the constitutional amendment needed to be approved by the Union government as well as at least half the states to ratify it, the need to balance the concerns of both levels of government was essential. It may be mentioned here that the GST system is based on separate central and state legislations. The recommendations of the GST Council, as mentioned in the previous note, are only recommendations and not binding on any of the governments. Therefore, if the GST Council does not address the concerns and needs of the involved governments, the consensus on GST especially with respect to rates might break down bringing in an assertion of autonomy. On the other hand, if the GST Council succeeds in balancing the concerns of the different governments, it is possible that the anomalies in the design of GST would get smoothed out over time. In this sense, GST reforms would be a process rather than an event which just concluded.

Every tax regime has some exemption thresholds introduced for the convenience of both the taxpayer and the tax administrator. Small units contribute very little to taxes while there is some cost of administration. In the regimes existing prior to GST too, there were exemption thresholds – for the state tax regimes, the exemption threshold was somewhat lower or similar to the GST regime while for central excise, it was considerably higher at Rs 15 million. Thus, the scenario is not dramatically different in GST. That having been said, the impact on the informal sector would depend on the nature of activities being undertaken by the concerned units. For units which seek to sell only to consumers, the GST regime is reasonably irrelevant since there is no input chain which gets violated. This is further reinforced if the seller buys from unregistered entities as well. On the other hand, for units which sell to the formal sector, there are two options available – one, the unit can take a voluntary registration and incur the costs of compliance or two, the formal unit could report sales from informal sector units and pay the corresponding tax before claiming input tax credit, which raises the cost of compliance for the formal unit. It is reasonable to expect that the units in the second category would be encouraged or induced to take registration, while in the former category, the perverse incentives might continue to prevail. There is an attempt to place some checks and balances on this as well – the GSTN (Goods and Services Tax Network) expects to collect information on transactions of sales to unregistered entities of value higher than Rs 250,000. It is proposed that information on all such purchases by unregistered entities can be collated and in the process, entities which are required to be registered can be tracked down.

So turning to the broader question of whether the informal sector would be protected, I believe, for the units which are linked as suppliers to the formal sector, there would be pressure to go formal and the transition might be costly. For the units which supply to the final consumer, things would change if the tax administration can collate information and bring errant dealers into the regime.

I had attempted to identify the likely sources or mechanisms through which GST could impact the economy for a piece in for Arthika Charche (Vol. 2, No. 1). I am reproducing some of the argument here. Apart from any likely changes in the prices/profitability because of a reduction in the extent of cascading in the tax regime, there are two changes that could come about in the new regime:

To the extent that any of these effects play out, there would be an impact on the GDP of the economy. However, since the major changes would require considerable amounts of investment, the gains might take time to materialise.

Gold is a sector which is very susceptible to evasion. Higher taxes tend to discourage compliance. Given that it is a high-value item with very little volume, it is easy to smuggle and circulate in the economy. For instance, with customs duties at 10% on import of gold, it is reported by World Gold Council that about 150 tonnes of gold is smuggled into India annually. Since gold is also considered an asset in which unaccounted incomes are stored and in which illicit payments can be made, it is important to be able to track transactions in gold by encouraging voluntary compliance. That is perhaps the reason for taxing gold at a lower rate. This status is for gold bullion as well as jewellery.

On the face of it, it can be argued that these are activities which the states had been taxing and given that state VAT and the other taxes subsumed into GST constitute about 45% of total own tax revenue of states, states were anxious about the revenue performance of GST and chose to keep these out of the purview. Further, since the autonomy of states in taxation would be somewhat reduced, this might have been an attempt to retain some autonomy. From the perspective of the overall economy however, it is important to recognise that alcohol for human consumption is considered a ‘sin’ good, meaning effectively that, even if and when it is brought into the purview of GST, it would still face a non - rebatable excise. In other words, the liability of tax on this sector might not be significantly lower even if it is brought within the GST ambit.

Turning to real estate transactions, sale of properties under construction have been brought within the ambit of GST – these transactions would face both GST of 18% of value of construction and a stamp duty of about 5%. It is completed property and second and subsequent sales of property that have not been brought into the GST net. It is argued that by bringing into the GST, the builders can claim input tax credit and hence there would be greater transparency in transactions. However, with high rates of tax, there would be an incentive to undervalue the transactions as happens now, especially since labour is a significant part of value added. This is particularly important since loan-financed property transactions are not the dominant part of transactions in property market in India as yet. So the rationale to bring in these transactions within the GST at such rates of tax is not clear.

Organised sector, especially organised manufacturing and transportation stand to gain from this tax reform. This is because these sectors would experience a reduction in the extent of cascading they faced. For the services sector, the impact is mixed – there is an increase in the tax rate for many services, but on the other hand, for any services which procured goods as inputs, in the earlier regime, input tax credit of state taxes was not available, but would be available now. A third segment that could evolve now is centralised supply chains and service providers for this segment to plan and establish these new forms of organisation. And finally, on a lighter note, since the regime has turned out to be very compliance-intensive, it would perhaps provide gains to all manner of tax consultants.

Sectors which faced concessional rates of tax in the earlier regime or got concessions which have been withdrawn and replaced by any alternative incentive mechanism might consider themselves losers since they face an increase in working capital requirements. Let us take the example of an export transaction. In the earlier regime, raw materials domestically procured as well as imports were available without payment of tax. In the new regime, all taxes are to be paid and a refund needs to be claimed on the completion of an export order – the latter could take a few months since the transaction is concluded only when the payment is received.

The other segment which is affected by GST is the informal sector. There is considerable uncertainty introduced in their functioning. This could induce formalisation or the demise of enterprises in these segments. This transition either way would be costly for this segment.

It is hoped that the tax system would evolve into a simpler system through rationalisation of the rate structure and expanding the base to cover some of the activities that are currently excluded. However, in my view, the speed with which this change comes about might depend on the revenue performance of the tax. If the revenue performance is weak, GST Council might not find the will to undertake these changes.

I guess it is a little late for me to answer this question since India has already introduced GST. In hindsight, further delay could not have given us a better design – there were too many different interests trying to find a middle ground. But, providing trade and industry some more time to prepare for the transition after the finalisation of the design and procedures would have made the transition less disruptive. For instance, destocking and stocking could have been avoided.

Budget and politics in pandemic times