Is the structure of Indian manufacturing geared towards job creation? 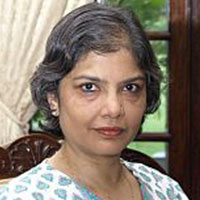 Government of India has envisaged adding 100 million jobs in manufacturing by 2022. This column finds that the structure of the country's manufacturing sector is misaligned with the objective of job creation. Subsectors that have low potential to generate jobs dominate the manufacturing profile. To generate jobs, more employment-intensive subsectors should be promoted.

The Indian manufacturing sector has experienced fluctuating growth rates over the last decade.

Table 1. Growth of index of manufacturing production (base year 2004-05)

As seen in Table 1, after a period of double-digit growth rates in the manufacturing index between 2005-06 and 2007-08, the sector slowed down considerably during 2008-09, the year the global financial crisis hit. A brief recovery was experienced in 2010-11 owing to fiscal stimulus. However, in the last five years, the index has expanded at 3% or less, including a contraction in 2013-14.

This five-year stretch of sub-3% growth rate in the manufacturing index is probably the longest post-independence, indicating deep distress afflicting the sector6.It is a result of continued problems in global economic conditions as well as moderate domestic demand due to poor monsoons, high inflation, declining investments, and other factors.

Notes: (i) Industry codes are from NIC (2004) (ii) Percentage weights have been calculated as percentage of weight in total manufacturing sector in IIP (iii) Weight for 'Manufacture of computer, electronics, and optical products' is for codes 30, 32 and 33 in NIC (2004) as Misra and Suresh (2014) is based on NIC (2008).

The top five sectors by weight in the manufacturing index have employment elasticities that are far below the average for manufacturing as a whole. In fact, the chemicals sector shows fewer jobs with increase in value addition.

Table 3. Top 10 manufacturing subsectors by weight in IIP, and their employment elasticities and growth rates

Food processing and textiles are generally believed to be high employment generators, but the jobs created by them per unit of growth appear to be less than those in more employment-elastic subsectors. These sectors account for 9.6% and 8.2% of total manufacturing sector by weight, respectively. However, their share in unorganised employment is the highest (Goldar and Sadhukhan 2015). The growth of these subsectors has been uneven, but both expanded at an average pace that was much faster than the overall manufacturing index.

The subsector with highest employment elasticity in the RBI list is furniture manufacturing. The weight of this subsector is less than 4% and its growth has been varied, declining substantially in three of five years from 2011-12 to 2015-16, but expanding by a huge 44% in the last financial year.

The second highest employment elasticity is found in wearing apparel, which has 11th highest ranking by weight. It may also be counted among the subsectors to be especially promoted, and its growth potential is evident from the fact that in two of the last five years, it expanded by an average of 15%.

The subsectors 'other non-metallic mineral products', 'fabricated metal products' and 'motor vehicles' are promising as both their contribution to the manufacturing index and rank in employment elasticity is high. While the first has generally grown faster than manufacturing as a whole, the vehicles segment suffered during the low-growth years, and picked up only over 2015-16. Fabricated metals too have not performed well with negative growth rates in three of last five years. Given their above-average employment elasticity, these three subsectors could be targeted in terms of policies to boost and stabilise their growth.

In terms of growth rates, it is heartening to note that the 10 subsectors with highest five-year average growth rates, led by wearing apparel and furniture, have an employment elasticity that is higher than average (Table 4). This may indicate that the shift to more job-creating subsectors is underway, despite relatively lower weights.

Table 4. Top 10 fastest-growing subsectors, and their employment elasticity and weight in IIP

It may be noted that the weightage accorded to the subsectors comprising the IIP is undergoing revision and the new index with base year of 2011-12 is expected to be introduced by end of 2016. Possibly, this may reveal new insights into the structure of India's manufacturing sector.

My analysis suggests that if India is to generate more jobs in manufacturing, a strategy to promote the most employment-intensive sectors is required. The sectors which should receive greater policy attention are wearing apparel, other non-metallic mineral products, fabricated metals, motor vehicles, and furniture.

In general, my somewhat back-of-the-envelope calculation points to the need for a more comprehensive analysis of the structure of India's manufacturing sector in terms of employment-generation capabilities. If growth continues to be largely in subsectors with low employment elasticity, the manufacturing sector overall would not be able to meet the job creation objective. Industrial policy for employment generation would need to consider several other factors as well, including total employment in the sector, labour productivity, domestic and export demand, and investment potential.

It is necessary to introduce sectoral industrial policies that synergise with India's asset of a large working class, and choose the right subsectors that will drive employment growth.