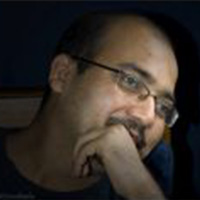 Over the last few months, the central government announced a set of measures to restrict MNREGA. The rationale essentially revolves around corruption in the scheme and lack of economic viability. In this article, Amitava Gupta refutes this justification and argues that the attack on MNREGA is a attack on the rights of the poor to a fair share in the nation’s prosperity.

Concerned about the approach of the central government toward the Mahatma Gandhi National Rural Employment Guarantee Act (MNREGA), 28 Indian (or of Indian origin) development economists wrote a letter to the Prime Minister, urging him to stop tampering with the scheme1. The letter, as one might have suspected, did not go down well with Jagdish Bhagwati. He, along with Arvind Panagariya, was quick to put forward a rebuttal.

The central government announced a set of measures pertaining to MNREGA over the last couple of months or so. These include restricting the scheme to the poorest 200 districts, reducing the labour-to-material ratio from 60:40 to 51:49, freezing the real wage rate, and imposing a cap on the state expenditure on the scheme. Put together, these measures deliver a lethal blow to MNREGA. Bhagwati and Panagariya extend unconditional support to this rather brutal amputation. What they essentially do is to summarise the standard arguments against the scheme. The arguments can be clubbed under two heads — (i) the scheme is marred in corruption, and (ii) it does not generate revenue to justify the spending from the exchequer. Hence, it should be done away with. It is worth checking if these arguments have some merit or are they merely political salvos packaged as economic wisdom.

Throwing the baby out with the bath water

No one in his right mind would deny that MNREGA carries the burden of corruption. However, an intriguing question will be, is there any scheme whatsoever in India not plagued by the menace of corruption? If MNREGA is to be singled out for prevalence of corruption, one needs to show that this scheme has a level of corruption significantly higher than the general level. Unfortunately, none of the so called pro-market economic gurus cared to substantiate their claim with this sort of statistical analysis. Or, may one suspect that they actually did and found their hypothesis does not hold true?

There is no good reason to assume that MNREGA would have a statistically significant, higher prevalence of corruption than any other welfare scheme, or any other scheme in general. Rather, one might logically conclude that if any scheme has the potential to do away with rampant corruption, it is MNREGA. It is structurally more transparent as the bulk of the expenditure goes toward wage payments. Hence, it is comparatively easier to track the money trail. In the age of information technology, Aadhaar2 and direct cash transfers can eliminate leakage in MNREGA to a large extent. In fact, some of the states, a few of which are run by BJP-led governments, have actually achieved significant success in reducing corruption in the scheme. It is predominantly a design issue. Abandoning or mutilating the scheme is not the solution.

Meanwhile, Surjit S Bhalla wrote an op-ed claiming corruption should be reason enough to do away with MNREGA. He delves into some arithmetic to prove that MNREGA is as corrupt as the Public Distribution System (PDS). He claimed that his calculations are based on figures from the 66th round (2009-10) of the National Sample Survey (NSS) (however, these were never found, despite repeated efforts). However, surprisingly, what was more unexpected from an economist of his repute is that he did not justify the rationale behind throwing the baby out with the bath water. If prevalence of corruption was indeed reason enough, then India may as well get rid of the entire police force! Hence, corruption cannot be the clinching argument of the anti-MNREGA lobby.

If the government needs a substantive reason to abandon MNREGA (although it appears that they can jolly well do without any reason to do away with the scheme), it has to question the rationale behind it. That´s exactly what the second set of arguments does. Bhagwati did not mince words when he declared the scheme economically unviable as it does not generate enough revenue to justify the cost incurred by the government.

Focusing too much on the market (or, what´s believed to be the essence of the market) can (mis)lead people to miss certain changes in India that international bodies like International Food Policy Research Institute (IFPRI) point out. In the latest Global Hunger Index (GHI), the institute noted that India has made significant progress in reducing the number of underweight children under five - by almost 13 percentage points between 2005-06 and 2013-14. It also noted that the sharp drop by India in the GHI underweight children score outpaces the drop in other South Asian countries. As if to prevent the attribution of the result to sheer coincidence with the roll-out of MNREGA, the institute mentioned that the score has improved due to the government’s roll-out and expansion of several programmes that target undernutrition. Such schemes include the Intergrated Child Development Scheme (ICDS), National Rural Health Mission (NRHM), as well as MNREGA.

The anti-MNREGA lobby would remain unimpressed by this. Even the fact that a mere 0.3% of India´s Gross Domestic Product (GDP) goes toward MNREGA and that in turn benefits 50 million households (roughly 125 million people, poorest of the poor) would not cut the ice. From the inception till December 2012, a total of Rs. 129,000 crore (US$ 20.9 bn approx.) was spent toward wage payments under this scheme. Compare this with Rs. 132,860 crore (US$ 21.6 bn approx.) spent to subsidise petroleum. Unfortunately, subsidising something that almost never reaches the poor does not generate even a fraction of furor among some economists as spending an identical amount for the poorest of poor does. The idea that the government does not spend to earn profit but to achieve some socially desirable goals may be obnoxious to some, but that is precisely the case. Cost-benefit analysis is something that the corporates swear by, but it is not and can never be the guiding principle behind government spending. Developing capability among the most downtrodden of the citizens is one of the basic duties of any government. To help them generate a little more income than what the market would ever allow is the state´s responsibility. If someone wants to measure the success of MNREGA or the lack of it, checking whether it helped the poor get a better deal in terms of their wages is the way to go.

In their latest book India: An Uncertain Glory, Jean Drèze and Amartya Sen show that the scheme actuaIly delivered. In the first five years of the 21st century, that saw the ‘India Shining’ re-election campaign slogan of the BJP-led NDA government in 2004, the real wages of rural male agricultural labourers crept up at a pace of 0.1% per year. India was not shining for them. From 2005-06 to 2010-11, things took a distinct turn towards somewhat better prospects. All rural workers, whether working as non-agriculture unskilled labourers (the category MNREGA applies to) or not, saw their real wages increasing at last. Women benefited more than men. The rural wage growth rate never caught up with the spectacular GDP growth but the difference ceased to be obscene. Of course, causally attributing this wage growth to MNREGA is challenging from an econometric point of view, but it is suggestive evidence. What those opposed to MNREGA are overlooking, for reasons best known to them, is the fact that a significant volume of assets were also created through this scheme. While it is true that the assets may not pass the litmus test of cost-benefit analysis that the corporates would insist on, the scheme was not designed for this purpose. Providing a safety net, generating employment and increasing rural income were the targets and despite problems of implementation, it is difficult to argue that MNREGA failed to deliver.

A more recent piece by Abheek Barua, refuting the case for MNREGA, grudgingly acknowledges MNREGA´s impact on rural wages. He, like Bhagwati, argues that MNREGA has distorted the rural wage rate and that in turn has created a supply shock for agriculture as well as industry. Until very recently, all that the scheme offered to labourers as daily wage was the ‘princely’ sum of Rs. 130. If that, as an outside option, distorted the prevalent wage structure, what was the wage rate that the labourers were forced to work at? Wage rate in the manufacturing industry in China grew at around 12% per year over the first decade of this century. India lagged far behind with an annual growth rate of 2.5%. MNREGA led to a significant increase in the growth rate of rural wages - it is beyond doubt that the money wage rise was large enough to compensate for the effect of inflation that this wage increase triggered.

It is more than clear that the bounty the entrepreneurs enjoyed over the years prior to the introduction of MNREGA came at the cost of the welfare of the downtrodden. MNREGA was instrumental in undoing some of the injustices. Where would the money, which would otherwise have gone to 50 million families, go? A fair guess would be that it will be spent on dedicated freight corridors, smart cities, flyovers and likes. Though that would be of immense benefit to the entrepreneurs, will it also benefit the proverbial aam aadmi (I realise, to my surprise, that this word is almost out of circulation now)? Economists of the Bhagwati-Panagariya variety would bring in the trickle-down theory that essentially says that the rich cannot mop up all the benefits; at least some leftovers will eventually reach the poor. If that was to be the case, then why ‘shining India’ failed its poor is one question that they would not like to answer.

The attack on MNREGA is actually an attack on the claims of the poor on the nation´s prosperity. I elsewhere argued that legislation such as MNREGA and the Right to Food has revolutionised the concept of welfare in India by transforming it from being dependent on the rulers´ mercy to a constitutional right. Such schemes give the aam aadmi their right to claim a fair share of the country´s economic growth, and bind the government to deliver. Weakening programmes like MNREGA and ushering in the failed theory of trickle-down to become the guiding philosophy of governance will be a betrayal towards the poor.