The Planning Commission and federal transfers 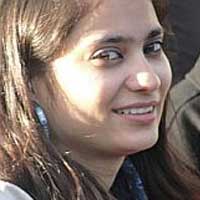 The resolution to set up the Planning Commission in India was passed in February, 1950, in an era when centralised planned development was perceived to be a means of raising a country’s standard of living. India was experiencing significant turmoil - inflationary pressures were high, balance of payments was poor, and the supply of essential commodities such as food had become deficient. A pressing need was felt for a body that could perform a comprehensive appraisal of nationwide resources and formulate a plan for the utilisation of the same (Government of India’s Resolution, 1950).

In the six decades of its existence, the Planning Commission has delivered 11 five-year plans and is on its way to the completion of the 12th (2012-2017). Even though the planning process faced impediments during 1969 and 1990 on account of the Indo-Pak conflict and political turmoil respectively, it was able to demonstrate its role in the economic and social advancement of the country. It claimed credit in the increased agricultural and industrial production, modernisation of technology (satellite, defense equipment production), liberalisation of the economy (increased reach of the banking sector, among other developments), and improvement in social indicators (increased female education, reduction in caste rigidities), over the years.

Recent media reports suggest that the Planning Commission would be replaced by the end of the year with a think tank comprising experts nominated by the centre and the states. The new body will have the functions of preparing a long-term plan for the country; recommend policy changes to the government; evaluate the impact of government schemes and suggest remedial action; and undertake extensive research on social and economic issues. The allocation of budgetary support for central schemes and annual plans of states is likely to be decided by the Ministry of Finance.

The impending replacement of the Planning Commission raises a number of questions regarding what the potential impact on various aspects of the economy will be. In this article, I explore one such issue – the impact on the allocation of the Central Plan Assistance (CPA)1 to states, and funding of national development schemes.

In the context of fiscal federalism2, the Planning Commission had the mandate of coordinating the development plans of the centre and the states, such that they conform to national objectives. In addition, it was responsible for plan transfers (CPA) to the states through its Normal Central Assistance (NCA)3 scheme. Each state was allocated a portion of the total plan transfers which was tied to its development plan budget4 (part of the state budget; prepared by state governments) and was negotiable on a bilateral basis. These transfers were in addition to the funds available to states through the Finance Commission and Union Ministries, also known as non-plan transfers5 (Rao 2002).

The total CPA in 1990-91 was Rs. 27,433 crore (US$ 4,474 mn approx.) and was increased to Rs. 555,322 crore (US$ 90,569 mn) in 2012-13. The ratio of plan expenditure to Gross Domestic Product (GDP) rose from 4.68% to 5.54% over the same period (Planning Commission 2014). Based on my analysis of RBI data on state finances (RBI Handbook of Statistics on State Finances 2010), the share of plan assistance in total grants from the centre to the states was 47.6% in 2010. In other words, the Planning Commission is responsible for allocating almost half of the total grants from the centre to the states, and plan expenditure is a significant component of total public expenditure.

The Indian federal transfer system has been widely criticised for its ‘gap-filling’ nature - it helped deficit-plagued states to use the transfer system for filling their revenue-expenditure gaps (Rao 2002, Rao and Singh 2007, Khemani 2003, Bird and Vaillancourt 2007). I, along with my co-author, Pasquale Scaramozzino, analyse this gap-filling nature of federal transfers by using data on state public finances published by the Reserve Bank of India (RBI) for the period 1990–2010 (Bhatt and Scaramozzino 2014). We find that states with higher fiscal deficits receive higher non-plan transfers, and continue to be high-deficit states. Further, states with lower income receive more non-plan transfers over time, but they don’t seem to be moving up in the National State Domestic Product (NSDP) ranking over the years.

The replacement of the Planning Commission will also impact budgetary allocation for national development schemes, and the National Development Council (NDC).

National development schemes: As part of the Union budget´s plan expenditure, the Planning Commission allocated money to Ministries based on the national plan objectives. This is spent on a number of development schemes, some of which have been in place right from the inception of the Planning Commission. These include Jawaharlal Nehru National Urban Renewal Mission (JNNURM)6, Rajeev Gandhi Grameen Vidyutikaran Yojana (RGGVY)7, Rashtriya Krishi Beema Yojana (RKBY)8, and Accelerated Irrigation Benefit Programme (AIBP)9 , among others. The dismantling of the Planning Commission might lead to a restructuring of some or most of these schemes, depending on the recommendations of the body that is made responsible for the same. Hence, the development path that is being envisaged for the nation is tied to the future of these schemes.

National Development Council (NDC): The NDC served as an advisory body to the Planning Commission; its functions include prescribing guidelines for formulation of the five-year plan, reviewing the working of the plan from time to time and discussing social and economic policies that affect national development. It played a key role in the approval of schemes such the granting of Special Category Status to three states (Arunachal Pradesh, Jammu and Kashmir, and Nagaland) during the fourth plan. Special Category states receive higher central plan assistance, and between 1961 and now, their number has increased from three to eleven. Although the initial criteria for Special Category Status related to factors such as unfavourable geographical terrain or extended civil turbulence, a number of ‘states (example, Bihar) have been demanding this status on account of social and economic backwardness (Bhattacharjee 2013). Once the Planning Commission is disbanded, the role of the NDC will become unclear, along with the future of schemes such as the Special Category Status to states.

The transition process of replacing the Planning Commission and reallocating some of the functions will have to take into account the future of already sanctioned, ongoing national development schemes, the role of the NDC, and the magnitude of funds made available to the states as part of CPA.