Nobel insights: When it comes to contracts, what's obvious may not be optimal

In a tribute to Oliver Hart and Bengt Holmström, recipients of this year’s Nobel prize in Economics, Rohini Somanathan, Professor of Economics at Delhi School of Economics, outlines their contributions.

Elegant economic theory provides an apparatus rather than an answer. Oliver Hart and Bengt Holmström, the winners of the 2016 Nobel prize in Economics, have taught the profession how to think and rethink the role of markets, firms and transactions – the nuts of bolts of economic analysis. The winners, writing independently and, more recently, together, have helped us understand the boundaries and the substance of contracts and their implications for the organisational landscape of our society. In their early, and most cited work, these two very distinguished economists approached the study of contracts from different ends. Their shared premise was that the value of economic relationships depends in large part on individual effort and initiative that cannot be observed and specified in contracts. Two questions then arise naturally. First, how should decisions involving multiple parties be made in the absence of complete contracts? This was the starting point for Hart. Second, what kinds of observable data should be included in contracts to maximise the incentives of workers and managers to take decisions in the best interests of the organisation. This was Holmström’s focus. 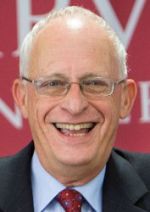 Oliver Hart showed how contractual incompleteness led to the emergence of firms and determined their size and ownership structure. His most cited article, “The Costs and Benefits of Ownership: A Theory of Vertical and Lateral Integration’’ begins with the now famous line, “What is a firm?” I remember reading it in my first year of graduate school in 1990 and thinking it was an obvious question but one that I had never thought about during the five years of my undergraduate and master’s degree in Delhi.

This was partly my ignorance. The boundaries between firms and markets had been explored by both Ronald Coase and Oliver Williamson, both of whom were also recipients of the prestigious prize in 1991 and 2009 respectively. Alfred Chandler, in a carefully documented history of manufacturing in the United States had also documented the process through which market transactions became absorbed into vertically-integrated firms. Hart and his co-author, Sanford Grossman were, however, the first to use the tools of modern game theory in this area. They were able to formally show that the question of optimal firm size could not be separated from the structure of power within the firm.

Not everything needed for the effective use of economic resources could be specified in a contract given the uncertainty of our economic world. Firms specify control rights over assets and determine who takes decisions when unforeseen contingencies arise. These control rights in turn influence human investments in the value of the firm and control should therefore be given to those whose investments matter most. 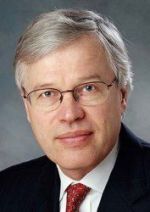 In contrast to Hart, who focussed on what could not be contracted, Holmström’s work studied the content of employee contracts and asked how they could be structured to maximise investments in the value of a firm. One might reasonably argue, for example, that employment contracts that link CEO compensation to firm profits encourage CEOs to take actions to maximise these profits. Similarly, worker contracts that pay based on relative performance of workers within a firm may raise productivity through greater competition among workers. In a series of papers starting in the late 1970s, Holmström showed that this reasoning is simplistic. While the performance of economic agents depends on their actions, it is also influenced by multiple factors beyond their control. Demand shocks and bottlenecks in a supply chain would lead to fluctuating profits for given managerial actions and a drought would ruin a crop in a carefully ploughed and planted farm. Contracts should, therefore, not be based on what the owners of a firm value, but rather on signals that are informative of the actions taken by employees. Contracts that are cluttered with uninformative signals could dampen managerial incentives.

Holmström extended these ideas in a number of directions over the years. He used the concept of informative signals to study optimal contracts when individuals work in teams and only team output is observable. He also studied contracts in settings where employees have multiple tasks and firms are long-lived. This research cautions against high-powered incentives that induce managers to focus on observable aspects of firm performance and neglect those that influence its value in the future.

Ultimately, both Hart and Holmström are interested in how interactions between economic actors can be structured to maximise collective gains. While their analysis is mathematically sophisticated, the problems they study are very much part of the fabric of our daily lives.

This article has been republished from The Wire, where it originally appeared.

Nobel prize in Economics 2016: The economy as a nexus of contracts