The political economies of land acquisition 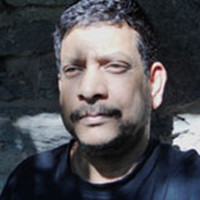 India is in the process of reforming the way that land is bought and sold – a source of heated debate as many blame the current laws for unfairly forcing millions from their homes and livelihoods. This column argues that the latest proposals focus on the politics and overlook the economics. As a result, they are in danger of solving one problem by creating another.

India’s land acquisition system is at a crossroad. The law that was used to acquire land from colonial times—the Land Acquisition Act of 1894 (amended in 1962 and 1984)—can no longer do the job because of widespread resistance. Many important state and business personalities consider land acquisition to be the “biggest problem” in India’s development path. A new Land Acquisition, Rehabilitation and Resettlement bill (LARR) was drafted in mid-2011, and in May 2012 the parliamentary standing committee report (PSCR) on LARR was made public. At this moment of writing, the union cabinet is discussing the final version of the bill — incorporating some PSCR recommendations and ignoring others — to be taken to parliament. Media reports suggest that there is significant dissent within the cabinet, especially from the ministers for commerce, urban development, highway and surface transport, and civil aviation. This dissent is needed because there appears to be little awareness in any of the approaches taken so far of the fundamental changes in India’s land markets and their consequences. As a result, the final bill, as it stands, is likely to replace a serious political problem with a serious economic one.

The political problem has been decades in the making. Possibly as much as 50 million acres (about 6% of all the land in the country) of privately-owned land and common property resources (like forests) which are not privately owned have been acquired or converted to non-agricultural use after independence. Possibly as many as 50 million people have been displaced or adversely affected. The numbers are not known because the state has not counted or tracked acquisition or displacement in any systematic way. Data are finally being estimated by activist-scholars. It is likely that more than 90% of the acquisition was for state infrastructure projects—in water (dams and irrigation) above all, followed by transportation.

Most landowners were paid little, many were never paid. People who did not own land but were dependent on it for livelihood were almost never compensated; neither were non-owners who used common property resources. A significant majority of the affected population was never resettled nor provided alternative livelihoods. The groups most disproportionately affected were Adivasis1 (and to a lesser extent, Dalits2). These marginalised and other land- and livelihood-losing communities frequently faced wipeouts. Their losses subsidised India’s development, or to be more accurate, its winners — the populations that got power and roads and water. This regressive redistribution system lasted into the 2000s. It was politically sustainable for many reasons, not least because the direct winners outnumbered and were politically more powerful than the direct losers. Even if the worst accounts of land takings are exaggerated, this has to be considered a deeply inequitable and significant state failure.

The original LARR was designed by civil society activists in the National Advisory Council. Its primary goal appears to be to ensure that past injustices are not revisited in future acquisitions and conversions. Its signal contribution is the explicit standing given to landless livelihood-losers, including common property resource users. Its position on “public purpose” — the reason that is used to acquire land and one of the two major bones of contention in acquisition disputes — especially for private sector projects, appears to be muddled. The PSCR recommended a total ban. Just as muddled is the position on a new and potentially valuable “informed consent” provision. I will not detail these and the many other critiques of the LARR’s 107 clauses, the PSCR’s 220 page response, and the final version on anvil.

How should the acquisition price be set?

The most troubling aspect of LARR is its position on compensation - surely the most contentious aspect of acquisitions. The solution chosen by the framers of the bill is overpayment. The LARR appears to suggest that if all rural “market prices” are quadrupled and urban prices doubled then the landowners’ reservation price—the price below which they will not willingly sell—will be reached and the core problem with acquisition will go away. This approach is based on the principle that India has just two land markets — rural and urban —and that they are internally consistent.

The reality is that India has a variety of land markets. I have recently shown that the price of land in much of urban India and several parts of rural India is about the highest in the world (Chakravorty 2012). Urban land prices have risen five-fold in the last decade and rural prices in many regions have increased by at least that much. These prices are not based on productivity, but scarcity. A combination of land scarcity and widespread poverty had kept land prices low for decades, and the contemporary conditions can be explained by a combination of increasing land scarcity with increasing money supply (from expanded housing credit, and rising incomes from white, black, and foreign sources) and increasing income and wealth inequality. This is not a bubble; it is a new price regime.

The LARR compensation system will increase the effective price of the land most likely to be converted to different uses—that is, land close to urban regions and therefore logical targets for conversion—by a factor of five to eight, on top of the five-fold and higher increase that has taken place in the last decade. This has serious implications for many aspects of India’s future development, especially for industrialisation, urbanisation, and public goods provision. The regressive redistribution system of the past, wherein land-losers bore the brunt and were often wiped out, is likely to turn into a social tax system in which landowners become windfall winners and critically needed land becomes unaffordable for development.

The centre’s continuing desire to set prices is redolent of an anachronistic paternalism. Any centralised price-setting process is likely to be problematic. Land is a state subject in the constitution for the good reason that India has a variety of land distribution and market systems. This diversity has increased in the six decades after the constitution was written, as has the regionalisation of Indian politics. There is no single good way to get to the “right” price for acquisition in the contemporary political economies of land in India—with its diversity of fragmentations, distributions, ownership structures, contestations, markets, and prices.

Therefore, any central law on land should be limited to a framework that ensures justice; the details of compensation are better worked out at the state level. At this crossroad, it is wise not to assume that the road ahead is known and the same across the country. It is surely better to let the states iteratively find their own paths that enable land to be converted to new uses — in ways that, in their own contexts, are just and politically and economically feasible.