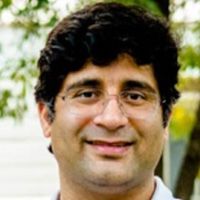 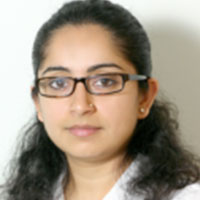 Women are severely under-represented in political positions across the world. This column analyses constituency-level election data from Indian states to explore why this is so. It finds that while women are more likely to contest elections in backward states where there are more male electors than female electors, they are less likely to win elections in such states.

The severity of under-representation of women in political positions is highlighted by the fact that women representatives account for merely 20.3% of all parliamentarians in the world (International Political Science Association 2013). According to Norris and Inglehart (2000), the gap between men and women has narrowed the least in political representation, as compared to education, legal rights and economic opportunities.

There is growing evidence in the literature to show the association between women´s representation and policy decisions. Then why are there so few female representatives in political positions, relative to their share in the population and electoral rolls? This column seeks to answer this fundamental question.

A woman’s decision to contest elections

To analyse the decision-making process of a woman to contest elections, we use a simple model of representative democracy (Kapoor and Ravi 2013b).

In the political context, our study contributes to the broader literature and understanding of gender inequality. Amartya Sen´s observations (1990, 1992) on “missing women” highlighted that the ratio of women to men is suspiciously low in countries such as India and China. In democratic countries such as India, this worsening sex ratio of women to men in the population directly worsens the sex ratio of electors1.

Some of the key features/ assumptions of the model are as follows:

If the cost of contesting an election is higher for female candidates relative to men, then the model predicts that women are more likely to contest elections in those constituencies where there are more women “missing” in the electorate (places where the sex ratio in the population is not in the favour of women). The intuition for this result is that in places where the sex ratio is in favour of women, women do not have to incur the high cost of contesting an election to achieve their preferred policy outcomes. They achieve this through the simple act of voting. The model also predicts that in constituencies where the sex ratio is unfavourable to women, female candidates incur the costly strategy of contesting elections, not always with the objective of winning but to prevent those candidates from winning whose policy preferences are farthest from their interests.

If policy preferences of men and women differ, then the model shows that the worsening electorate sex ratio will lead to more female candidates contesting elections for political representation (Kapoor and Ravi 2013b). The model, however, also predicts that the worsening sex ratio of electorates will lower the probability of winning for female candidates. Together, the two results imply that there will be fewer female representatives in the Parliament from both types of constituencies. In constituencies where women are well represented, they do not contest elections, while in constituencies where the sex ratio is worse, female candidates contest elections, but are less likely to win.

To sum up, the key implications of the model are (i) if the median elector preference is more in favour of the women then it is less likely that women will contest elections, all other things being equal (ii) For a given cost of contesting election for women and the median elector preferences, the higher the lobbying effort of the political elite, the less likely it is that women will contest the election.

To analyse the under-representation of women in political positions, we study women candidates in Indian elections using state assembly elections data from the Election Commission of India (ECI) over a period of 50 years (1962-2012). Consistent with the theory, we find that women are significantly more likely to contest elections in those constituencies where sex ratio of the electors is less in favour of women. For example, the probability of women contesting elections is much higher in backward states like Bihar and Uttar Pradesh where the sex ratio of electors is in favour of men, than in socially developed states like Kerala where the sex ratio of electors is more in favour of women. The results also reveal that though more women candidates contest in constituencies with unfavourable sex ratios, they have very low chances of winning in these constituencies.

It is important to note that the cost of contesting an election for women could change with time. In our analysis, therefore, we account for these changing costs as measured by female wages and labour force participation in the different states over time.

Moving beyond the likelihood of contesting elections, we also analyse the determinants of actual number of female candidates who contest. Once again, consistent with the theory, we find that higher the sex ratio of the electors (that is, median elector preference is in favour of the women), lower the number of woman candidates who will contest the election.

Together with the previous results, this implies that though more female candidates contest elections from backward constituencies, fewer are likely to actually win and politically represent women electors.

Our results reveal that women are more likely to contest elections in places where the sex ratio of the electorate is against them. This suggests that if the objective of reservation is to promote compensatory justice and safeguard the interests of women, then it should be specifically aimed towards those constituencies where women are electorally a minority.