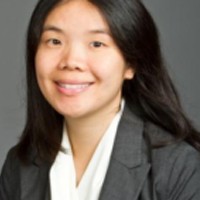 The corruption level in the public sector may not only depend on punishments and systems put in place to deter corruption, but also on who chooses to enter the sector. This article finds that people who show dishonesty in a lab game both gravitate toward public service and engage in corruption once there. Modifying recruitment processes to screen out corruptible applicants may help ensure a cleaner and more effective bureaucracy.

Corruption is pervasive in India’s public sector: a survey conducted by Transparency International in 2017 found that nearly 7 in 10 Indians who had accessed public services had paid a bribe.

Like other countries where corruption plagues public institutions, India takes a top-down approach to deter civil servants from rent-seeking. Ministries attempt to root out and punish wrongdoers, and they design positions to discourage graft, for example by making civil servants transfer between positions frequently. But, the level of corruption may not only depend on the punishments and systems put in place, but also on who chooses to enter the public sector.

In a recent study, we found that people who show dishonesty in a lab game both gravitate toward public service and engage in corruption once there (Hanna and Wang 2017). This is a sobering finding, but by no means does it suggest that everyone who enters the civil service is corrupt. Rather, it shows that the institutions in place may encourage this form of and that modifying the recruitment process for the civil service to screen out corruptible applicants may yield real gains for citizens. Such an approach can replace or complement top-down policies to ensure a cleaner and more effective government.

Dishonesty and the pull toward government jobs

To understand our study’s implications, consider its two separate components: one that involved university students, the other, government nurses.

We conducted a series of laboratory experiments with 669 students in their final year of study at seven different universities in India, in which they did a lab task designed to measure willingness to engage in corruption. We asked them to roll a die for cash rewards, and gave them more money for higher self-reported numbers. While this did not tell us with certainty if an individual lied, it did tell us how far their self-reported numbers strayed from the uniform distribution. Students reporting above median dice points had a higher probability of having cheated. This measure, adapted from Fischbacher and Föllmi-Heusi (2013), is appealing in that it does not prime the subject on corruption or dishonesty explicitly and allows them to feel comfortable in knowing that no one can say with certainty that they are cheating. We also surveyed the students on a range of topics including career goals.

Our results were clear: students who had probability of cheating were 6.2% more likely to want a government job.

Importantly, we were able to see how the propensity to cheat in the game played out in real-world corruption. We conducted the same dice task with 165 government nurses who were part of another study (Dhaliwal and Hanna 2014), which gathered measures of absenteeism through the use of random checks over two years.

The results here were even more dramatic: nurses with above-median dice points were 10.7% more likely to be fraudulently absent than those below it. This not only validates our interpretation of the student sample, but it also begins to build a bigger picture of the composition of those in public service in India today.

The usual screening methods may not detect dishonesty

With both the students and nurses we also asked straightforward questions about their attitudes towards job success and bribes. Among the students, these questions did not provide clear patterns in predicting job preferences. Among the nurses, they did not predict government nurse absenteeism. This suggests that these explicitly framed measures – disconnected from actual gain – may not be capturing people’s propensity for honesty or dishonesty, while measures such as our lab games – less explicit and with even small cash incentives – may be a more promising way to reveal applicants’ propensity for corruption.

It is also important to note that applicants for the civil service are already screened – for cognitive ability. We find no significant difference in the predictive value of the dice task for high-ability students compared to low-ability students in terms of job preferences. This suggests that there is room to improve the recruitment and screening process for bureaucrats, by increasing the emphasis on characteristics other than ability.

Of course, if we imagine using the test to screen civil servants, it would only work until applicants became aware of its purpose. So our study should be viewed as a proof of concept that testing for honesty is possible and relevant to the public sector, and that developing subtler measures that cannot be gamed would be a fruitful direction for future research.

Prevention may be the key to a smarter approach

Prime Minister Modi’s government began a major anti-corruption sweep in March, consisting both of preventative measures – transferring officials who had long been in positions with opportunities for graft, to new posts – and punitive measures, opening cases against officers suspected of wrongdoing.

While a crackdown on corruption is welcome, the relatively small number of investigations that are feasible given government resources is unlikely to reduce corruption significantly.

A smarter approach is required. A number of recent empirical papers have started to illuminate the determinants of corruption, in the context of Manhattan parking tickets (Fisman and Miguel 2007), Indonesian road projects (Olken 2007), Indian classrooms (Duflo, Hanna and Ryan 2012), and MNREGA administration (Niehaus and Sukhtankar 2013). These studies have shown that reducing the returns to corrupt behaviour decreases the probability that bureaucrats engage in corruption. Our work suggests that these interventions may have had even broader effects by changing the composition of who might join.

In the long term, an ounce of prevention – in the form of changing the composition of the civil service – may be worth a pound of costly efforts to catch and punish offenders.