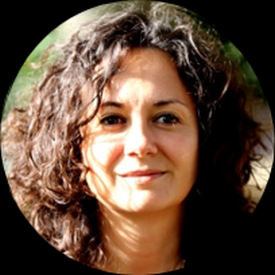 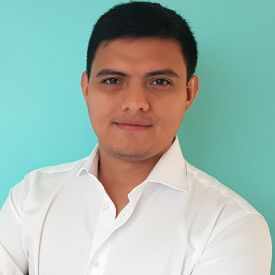 According to a new UNFPA report, the Covid-19 pandemic might cause 13 million additional child marriages – a key driver of early motherhood. Using panel data from South India, this article shows that children born to young mothers are shorter for their age and have lower math skills – with stronger effects for female offspring born to very young mothers.

The scale of the early-motherhood phenomenon calls for an understanding of its socioeconomic consequences. Does early motherhood affect offspring development? The economic literature is scarce and inconclusive, particularly when it comes to developing countries, which host 95% of global teen births (World Health Organization, 2020). In this article, we provide an overview of the existing work, and present new research using panel data from a primary survey conducted in India from 2002-2016 (Pérez-Alvarez and Favara 2020).

Early motherhood: The scale of the phenomenon

The Covid-19 pandemic has the potential to exacerbate many aspects of women’s well-being, and adolescent pregnancy is no exception. According to UNFPA (United Nations Population Fund) (2020), the pandemic might cause 13 million additional child marriages – a key driver of early motherhood. This could be the result of the economic recession affecting vulnerable communities and the halt of interventions aimed at reducing child marriage. In addition, school closures keeping girls out of a protective environment, and the disruption of family planning services, increase their exposure to sexual exploitation and unwanted pregnancies. The recent outbreak of the Ebola virus in West Africa and its associated spikes in teenage pregnancies show that these risks are very real (UNDP, 2015, 2014). For instance, teenage pregnancies in Sierra Leone more than doubled during the Ebola outbreak (UNICEF, 2020).

Such developments would exacerbate the scale of a phenomenon that is already widespread in developing countries. Despite a decline of 11.6% in the global adolescent fertility rate over the last 20 years, more than 21 million teenage girls in developing regions become pregnant every year (WHO, 2020). What is more, due to a growing youth population in the coming years, the absolute number of adolescent mothers is unlikely to decline. For India, adolescent pregnancies are of particular concern. In 2016, the country had over 4.6 million mothers and pregnant girls in their teens, the highest number worldwide (World Bank, 2020, IIPS, 2017).

While early motherhood represents a concern on its own due to associated violations of human rights, its scale and current warnings call for an understanding of the socioeconomic consequences. Previous research has focused on the consequences on the mother, as she constitutes the most directly affected person. Nevertheless, although early pregnancy is reported as the leading cause of death for girls aged 15-19 worldwide (WHO, 2020), the literature on the consequences for the early mothers who survive is somewhat inconclusive.1

The next obvious candidate potentially affected is the offspring. Children are likely to be influenced by the biological maturity of their mothers. Along these lines, medical literature links early pregnancy to complications during child birth, and poor neonatal outcomes (for example, Gibbs et al. 2012, Conde-Agudelo et al. 2005). Behavioural aspects might play an important role as well, as maternal behaviour is central to child development (Doss 2013, Duflo 2003). It is therefore plausible that a very young mother lacking knowledge of childrearing and bargaining power within the household, might not optimally foster her child’s development.

So what does the economic literature tell us? Empirical research, typically investigating offspring outcomes such as birthweight, height, educational attainment and test scores, is rather inconclusive.2  Earlier studies from developed countries point to null effects (for example, Rosenzweig and Wolpin 1995), whereas more recent ones suggest detrimental relationships (for example, Aizer et al. 2018, Carslake et al. 2017). To our knowledge, only one study looks at this issue in the context of a developing country. Branson et al. (2015) explore South African data and suggest detrimental effects on birthweight and height.

We contribute to closing this gap with data from the Indian states of Andhra Pradesh and Telangana, where teenage fertility rates – the highest among Indian southern states – amount to 12% and 11%, respectively (IIPS, 2017). We explore the evolution of the effects of early motherhood over time for the first time, covering the transition of the offspring from childhood into early adolescence – a period referred to as the 'missing middle' given the scarcity of studies on this stage (Almond et al. 2018). We test whether children born to adolescent mothers (< 18 years) – young mothers (16-17 years), and very young mothers (< 16 years) – are systematically shorter for their age and have lower math skills compared to children born to adult mothers (>18 years).3 In doing so, we face the problem that differences in outcomes could reflect differences in pre-childbearing characteristics rather than differences in maternal ages. For example, a child born to an adolescent mother might do worse in health and cognition simply due to the low-income setting that drove her mother to get pregnant early in the first place. Moreover, the comparison pools mothers from different cohorts, which might contaminate the estimation as well, if cohorts influence the women’s condition. To avoid these issues, we use data on 1,690 sibling pairs to compare outcomes of children born to the same mother. The great advantage from this is that it permits us to look at children with identical family backgrounds and born to the same mother but at different maternal ages.

Our estimates suggest that early motherhood is detrimental to offspring development. In our health analysis, we find that children born to adolescent mothers have 0.23 lower height-for-age z-scores.4 The effect is largest at early ages (0.33) and weakens as children enter adolescence (0.19), pointing to a partial catch-up over time. Despite this trajectory, effects in early adolescence are more than 2.4 times larger than estimates from a developed country context (Aizer et al. 2018). Furthermore, our analysis shows that children born to very young mothers suffer even stronger effects. Our cognition analysis points to a negative effect of 0.35 standard deviations in math scores for children in early adolescence born to very young mothers, with the effect strengthening over time. We also find that female offspring born to early mothers are worst-off in both health and cognition, in line with studies documenting gender discrimination in India as a response to adverse circumstances (for example, Rose 1999). Finally, we investigate biological and behavioural factors through which early motherhood could affect offspring development. We find that children born to early mothers have a lower birthweight and poorer diet. Moreover, these mothers are less likely to know the name of their child’s teacher – suggesting a low parental involvement in education.

While the comparison of siblings goes a long way in isolating the effect of interest, it brings its own challenges. To the extent that conditions within the family unrelated to mother’s aging vary systematically from sibling to sibling, outcome differences across siblings might not be fully attributable to maternal ages. For example, if the experience of raising the older child improves the childrearing quality of mothers, the younger sibling would systematically benefit from it. Besides accounting for gender, age, and birth order influences to address these issues, we run the same exercise but with a focus on sibling pairs born to adult mothers only. It turns out that our main results do not replicate in these tests. Hence, the fact that we find no negative results when focusing on adult mothers but stronger negative ones when looking at very young ones suggests that our estimates are driven by maternal ages. In a robustness check, we also find that the socioeconomic household-level wealth changes over time do not influence our results.5

Overall, it seems that studies on developed countries draw varied conclusions, whereas the two mentioned papers on developing countries (Pérez-Alvarez and Favara 2020, Branson et al. 2015) find stronger, negative effects of early motherhood. The same pattern is observed in the literature exploring consequences for the mother. One potential explanation for this could involve varied effects. Consequences of early fertility might crucially depend on factors that vary across development stages, such as marital status and contraceptive access, which potentially increases the chances that the offspring is planned (Diaz and Fiel 2016, Lang and Weinstein 2015). Another explanation could relate to institutional and family safety-nets. Perhaps such nets are more effective at compensating for pervasive effects of early motherhood in developed countries but fail to do so in developing ones.

For the context of Andhra Pradesh and Telangana, our study provides instrumental motivation to implement preventive measures that reduce early motherhood, complementing intrinsic concerns related to human rights issues. Our results support restorative policy measures assisting early mothers and their offspring to lower the burden of early motherhood and foster the human capital of children.