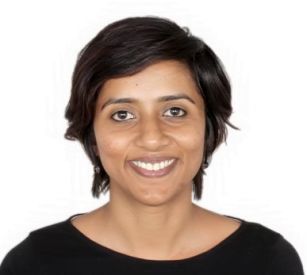 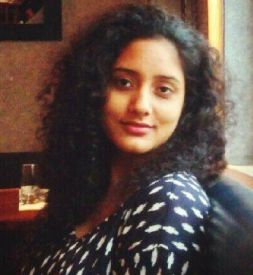 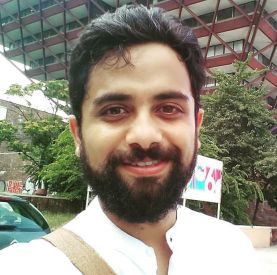 Based on the findings from a phone survey of around 5,000 Indian workers, the authors explore the impact of the Covid-19 economic lockdown on two forms of livelihood vulnerabilities: employment insecurity and food insecurity. They argue that the policy response needs to go beyond addressing the immediate consequences of this specific shock; this juncture posits the need for structural reforms that seek to address and fill these gaps concretely rather than suturing temporarily.

The Indian economy, despite having experienced a sustained period of economic growth for more than three decades, continues to be characterised by several livelihood vulnerabilities in the form of highly informal and insecure labour relations (Azim Premji University, 2018), near subsistence-level wages, and precarious working conditions. Given this, it was no surprise that an intensive economic shock in the form of a complete cessation of economic activities imposed as a containment measure for the Covid-19 pandemic, would result in disastrous consequences for a population who were already on the edge.

In this note, based on the findings from a phone survey of around 5,000 workers, we explore the impact of the economic lockdown on two such forms of livelihood vulnerabilities, namely, employment insecurity and food insecurity. We argue that since the impact has been a direct outfall of already existing vulnerabilities, the policy response needs to go beyond addressing the immediate consequences of this specific shock; this juncture posits the need for structural reforms that seek to address and fill these gaps concretely rather than temporarily suture them.

As a result of the national lockdown imposed on 24 March, all economic activity was abruptly brought to a halt, thereby inducing a massive shock to the economy. To measure the impact of this shock on employment and food insecurities, we draw upon the findings from Azim Premji University Covid-19 Livelihoods Survey that we conducted in collaboration with civil society organisations. We surveyed approximately 5,000 workers (mainly) engaged in informal activities ranging from farming, self-employment in the non-agricultural sector, regular salaried employment, and casual wage employment. The survey was purposive in nature, with most of the respondents belonging to households earning less than Rs. 10,000 per month, and were predominantly the primary income-earners in their families. We asked respondents about their employment and earnings in the month of February, as well as since the announcement of the lockdown. This allowed us to compare employment status and earnings of each respondent before and after the lockdown.1

The immediate impact of this curtailment of economic activity was, expectedly, a massive loss of employment across the country. Given the lack of security of most jobs in the Indian economy, this was not surprising. Sixty seven percent of workers lost employment, with the impact being severely felt amongst urban workers. The loss in employment was highest among those in non-agricultural self-employment, which included street vendors, drivers, tailors, carpenters, painters, petty shopkeepers, and other small-scale family enterprises. Nearly eight out of 10 such workers reported loss in employment during the lockdown. There was substantial employment loss among wage workers too, with about 70% of regular-salaried and casual-wage workers reporting loss of employment during this period. These findings echo similar observations from other studies. For instance, 48% of the 5,046 families surveyed by Indus Action reported having lost their livelihoods because of the lockdown. In another study by the National Institute for Urban Affairs (NIUA), 91% of urban households in the BPL (below poverty line) category reported loss of livelihoods.

In the instances where workers have continued to remain in employment, their situation was also quite precarious given the absence of ‘standard’ employment relations. The earnings of the workers fell drastically, with casual-wage workers experiencing a halving of their earnings, and five in 10 salaried workers experiencing either a reduction in pay or receiving no salary for the month of April.

Given the low earnings among the majority of workers, it was not surprising that the loss of income was almost immediately reflected in the households’ consumption levels. Almost half of the respondent households did not have money to buy more than a week’s worth of essentials. Further, several were also forced to compromise on their food intake. With about 80% of households reporting a reduction in consumption – either in terms of the quantity of intake in each meal or a reduction in the number of meals itself. Other studies also found similar distressing effects. For instance, 68% of the respondents interviewed by the Vikas Anvesh Foundation (VAF) reported having fewer items during a meal, while 50% reported a reduction in the number of meals during the lockdown. Another study conducted by the Centre for Equity Studies (2020) found that 11% of the respondents were facing a situation of extreme hunger as a consequence of being out of food for more than seven days during the first 45 days of the lockdown.

Moving beyond emergency responses towards structural reforms as a policy response

The criticality of this current juncture poses a significant challenge to the economy. On the one hand, certain immediate measures need to be put in place to address the issue of starvation and provisioning of basic necessities for a vast majority of the population that is rendered without any sources to meet their daily consumption needs. This includes the provision of food using the Public Distribution System (PDS), and expanding the network of Jan Dhan2 and other cash transfers. From the survey we find that, nearly 90% of rural households that we spoke with, were able to access rations. One of the earliest measures announced by the government was an increase in the quantity of rations available for households. While the Prime Minister’s recent announcement of provision of expanded rations till the end of November is also welcome in this regard, PDS has systematically excluded migrants from its reach. In this regard, universalisation of PDS for the next six months by issuing temporary ration cards to anyone who wants rations is imperative. The extent of other transfers has been rather limited in reach and magnitude. For instance, we found that only 33% of households received the Jan Dhan transfer and only 24% of landed farmer households received the PM-KISAN (Pradhan Mantri Kisan Samman Nidhi)3 transfer. Further, the transfer amount of Rs. 500 under the Jan Dhan scheme barely compensates for the loss of more than three months of earnings that most households have had to face. A larger cash transfer reaching a broader population needs to be implemented by the central government as immediate support.

While such emergency response is vital to contain the widespread devastation, given the structural nature of these vulnerabilities, the State’s approach needs to go beyond the responses that view the current impact in isolation from the long-term vulnerabilities in the economy. It is in this context that we place the following policy recommendations.

First, under the current economic system, it is imperative that there is an expansion of programmes that advocate employment as a right, with a wage that allows them a dignified life. The MNREGA (Mahatma Gandhi National Rural Employment Guarantee Act)4 offers one such rights-based model for employment of rural workers (while developing rural social infrastructure in the process). The wages under the programme are also expected to act as floor wage in absence of strict labour laws to ensure payment of minimum wage in the country. However, even this state-sponsored employment has not been without issues. Many states have not been able to meet the demand for work, wages have been distressingly low, and payments have been severely delayed for months on end. For example, in several states the MNREGA wages are 40-50% lower than wages paid to unskilled agricultural workers. Policy, therefore, needs to address these existing gaps, and expand its scope by providing more employment at more remunerative rates for workers. In this context, several households have already exhausted their quota of 100 days of work a year, and MNREGA workers have demanded for each household to be allowed to work for 200 days this year, and the daily wages be raised to Rs. 600. The consequent increase in employment and wage payments for lower-income groups is also likely to expand the demand for domestic products, thereby aiding in relaxing the demand constraint that the economy faces (in addition to the supply constraint).

Next, a consistent finding that emerged from our study was the relatively more severe impact that the lockdown had on urban workers both in terms of employment loss as well as the impact on their households’ consumption levels. Policy, therefore, needs to specifically address these urban vulnerabilities. In this regard, an urban employment guarantee scheme, focusing on urban employment generation while developing environmentally sustainable urban infrastructure and rejuvenating urban ecology, can offer a means of addressing employment losses among urban workers. Several states have already announced similar initiatives (such as, Jharkhand, Odisha, Himachal Pradesh). While such an initiative emerged as a response to the crisis, it can in fact be a sustainable policy that can address multiple pre-existing vulnerabilities of India’s urban workforce.5

Furthermore, the pandemic has starkly exposed the consequences of India’s systematic under-investment in health services and infrastructure. In this regard, states like Kerala that had made substantial investments in their social services infrastructure, particularly in health and education, clearly reaped the rewards for this when faced with the adversity of the pandemic. Investment in health infrastructure (hospitals, beds, equipment, medical colleges), and more remunerative wages for the health personnel and frontline workers (such as, sanitation workers, ASHA (Accredited Social Health Activist) and anganwadi (childcare) workers, nurses, and doctors), is the most obvious direction for policy to take. Aside from its immediate palliative effect, this investment has the potential for other far-reaching benefits to the economy including employment generation directly and indirectly through a multiplier effect.6

While all the policy recommendations discussed above focus on expansion of secure employment and employment benefits, this juncture also presents the need to rethink the idea of employment as the sole source of social security. In an economy that has failed to provide secure jobs to the vast majority of the working population, this is perhaps also the time to consider the idea of livelihood security that goes beyond employment7 .

Very early on, individuals with co-morbidities were identified as particularly vulnerable to the virus. Similarly, an economy such as India’s, which has historically suffered from several 'co-morbidities' in the form of livelihood insecurities, is particularly susceptible to such extreme impact in the face of an economic shock. Therefore, extent of devastation that ensued as a result of the lockdown cannot be seen as solely a result of the virus; rather, it has to be viewed as an outfall of the long-standing structural faultlines that plague the Indian economy.

Authors are extremely grateful to the respondents who participated in the survey, and to Mridhula Mohan, Sanjana Rajashekar, Zaeen D’Souza, Sravan Pallapothu, Neha Joshi, and Adithi Rao for their research support during the survey. They acknowledge support and funding for the project from the research centre at Azim Premji University and the Azim Premji Philanthropic Initiative. They also thank the staff at the various civil society organisations that did the interviews and the numerous students volunteers from Azim Premji University.

A longer version of this article appeared on The India Forum:  https://www.theindiaforum.in/article/hunger-grows-india-s-lockdown-kills-jobs