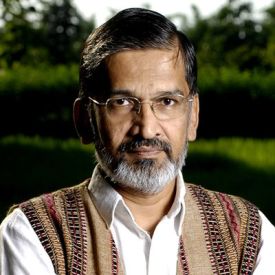 In this note, Dr Abhay Bang discusses the importance of research in development. Giving examples from his 30 years of experience of working in the social sector, he contends that the power of knowledge- and evidence-based action is far greater than just action. He emphasises the need to promote a culture of research for the people, with the people, and by the people.

"Go to the people, live among them, love them, learn from them, begin with what they know, build upon what they have.” Imagine the power of problem-solving in India, if this were our ethos for research.

Looking back at some 30 years of working in the social sector, I believe that the most important milestone in my journey was the point when I started recognising the importance of research in development.

As a freshly minted doctor in the late 1970s, I was so socially oriented that I did not take research seriously. When Rani [Dr Rani Bang] and I started working in the villages of Wardha district in 1977, we had a lot of beautiful, innocent ideas: we thought we would help people in the villages, that people would change, and villages would change too.

But we soon realised – after sincere attempts at bringing about change through medical care as well as through farmer and labour movements – that we could only achieve limited results through these approaches. For example, although our work with landless agricultural labourers was aimed at organising them to demand a fair deal from the Employment Guarantee Scheme, we were unable to negotiate a substantial increase in their wages. That is when I decided to investigate further into why this was so.

The importance of research

When I inquired with the relevant government department, I found that the Minimum Wage Act had fixed the daily minimum wage for agricultural labourers at Rs.4, a figure usually determined by the money required to meet a person’s daily calorific needs. I was curious to know how the committee deciding the minimum wage had arrived at this figure.

So, I looked at the Indian Council of Medical Research calorie recommendation, which was 3,900 and 3,000 calories, respectively, for men and women who do hard labour. I collected all this data, identified around 20 errors – some on the economics side, others on the social side –in the committee’s report, and then calculated the minimum wage required. It worked out to Rs. 12.

Within a year of the research getting published and publicised by media and labour unions, the Maharashtra government raised the minimum wage to Rs.12. This benefited 6 million labourers in the state – many, many times more than what we could have hoped to achieve if we had not adopted a research-based approach to the problem.

That’s when I realised that the power of research is greater than the power of seva1 and sangharsh2 alone. The results are always several times more than the effort. Knowledge-based, evidence-based arguments have greater impact. That is why I would encourage more and more people in the social sector to adopt ‘thinking action’ rather than just action.

In 1986, soon after we moved to Gadchiroli, Rani and I learnt another important aspect of using research and data to address social problems. Back then we used to give some time to the district hospital, where we once came across a 10-year-old girl whose symptoms led the medical officer to believe that she had heart disease. I suspected that she had sickle cell disease, a disease that had not been reported from that district until then. Tests established that she did indeed suffer from sickle cell disease. 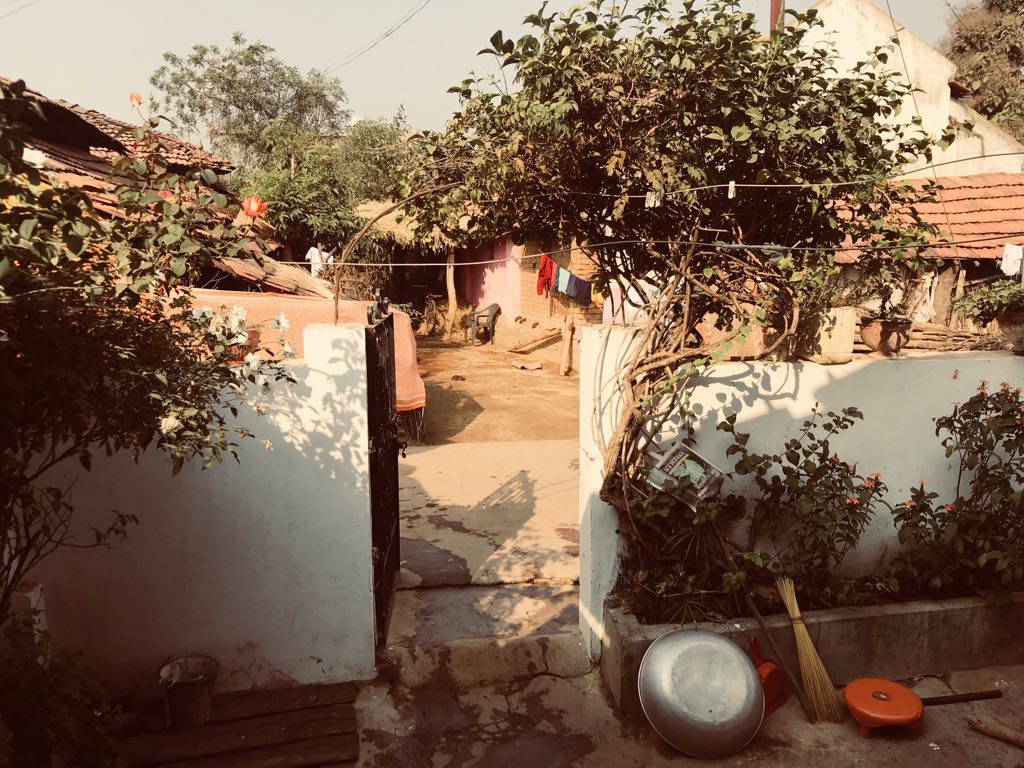 We at SEARCH (Society for Education, Action and Research in Community Health) then organised a district sample survey –people came forward to give us a drop of blood for the survey – which revealed that there were nearly 6,000 sickle cell patients in the district, and nearly 100,000 had the sickle cell gene. We presented this finding to the health minister, who praised our work and announced that the government would set up a tribal medical research centre in Gadchiroli. Eventually, though, the centre was set up in Pune (where there are no tribals) because researchers and doctors did not want to come to Gadchiroli.

Disappointed, we approached the tribal leaders in the villages and requested them to put some pressure on the government to bring the centre to Gadchiroli. Their response took us unawares: “Doctor, this is your disease, not ours,” they said. “Did we ever tell you that we need help for this?” They gave us a drop of blood for the survey out of respect for us, but they would do no more; they were neither worried about the sicklecell disease nor did they want to do anything about it.

We were faced with a crisis following that experience: we had done so much work, earned recognition, but solved nobody’s problem. It made me ask myself: if people did not need the research, why did I do it? And I realised that I was actually gratifying my own intellectual curiosity. In hindsight, would even say that we practically used people as guinea pigs.

That’s when I realised that, unfortunately, researchers often do research not for the community, but for their own peers. If you are an educated person working in places like this, even as you work with the people, your target audience – knowingly or unknowingly – is still your peers. Subconsciously, you are thinking, “What will I publish? What will I present at the conference? What would other non-profits or doctors like to hear?”

Therefore, your stay here and your interaction with people merely become means to collect data as you try to write something or do something that your peers will appreciate. This attitude often misleads us.

Following the sickle cell disease experience, Rani and I took a formal decision in 1988 that we would not do any research that did not address the needs of the people. Ever since, this approach has become almost a religion at SEARCH – it is a fundamental value choice for us that what we are doing here must address the people’s need and not our need.

Putting people at the heart of research

Just as the formal medical process is to ask a patient “What is troubling you?” to understand their history, at SEARCH our process of trying to form a diagnosis on a community starts by asking the community, “What are your health problems and needs?” Partly because of our medical training and research background, we have unknowingly, but successfully, applied this approach in the social sector also.

Every time we set out to do something new, we always ask ourselves: “Do the people of Gadchiroli need this?” Then we organise formal processes to get to know what people need. For example, we hold an annual tribal health assembly for representatives from various tribal villages in Gadchiroli to hear from them what their health problems and needs are. This has helped us understand health priorities from the communities themselves rather than depend on the distant external sources. The next step is to verify what people said by way of hard research data. 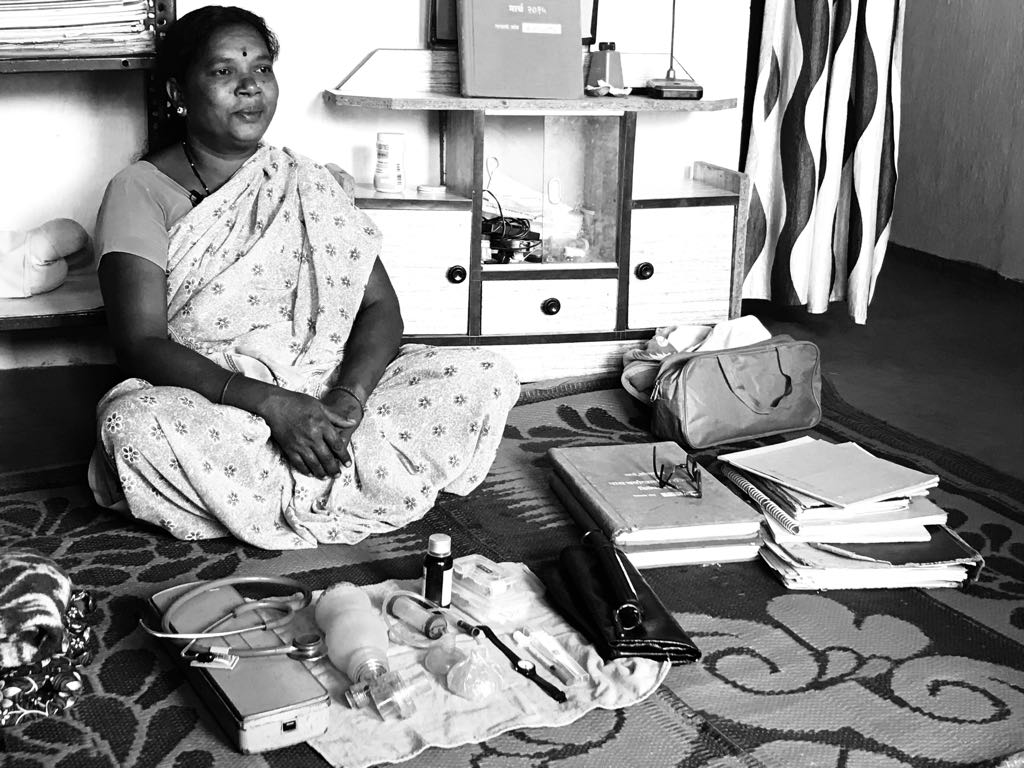 The importance of doing research ‘with’ the people

There are essentially three ways in which to conduct research:

1. Research on the people: What we did with the sickle cell disease study is an example of this. Yes, you take informed consent from the people, but these are just precautionary measures; there is no power in the hands of the patients. You get data on the people, but the intellectual property, as well as the power to interpret and publish, is with you, for you.

2. Research for the people: This is better than the first approach. The research seeks to understand a genuine problem faced by the people and to solve it, but neither do they really understand what you are doing nor do they have a say or role in it.

3. Research with the people: This approach shares power with the people. When people provide you with questions, or questions emerge through your observations and dialogue with the people, you involve people in collecting the data, report your finding to them and then develop a solution that involves people. It enables them, it serves them.

Twenty years since we completed the HBNC trial in 1998, the programme still continues because the people had a need, and we empowered them to address that need. I would like to call it research with the people, in which people are our partners in the process. While our contribution is more intellectual in nature, their contribution is different, but no less important – they are offering their lives, their newborns, and they are learning to provide the care. Their interest is that they want their newborns to receive care. They don’t care how much the infant mortality rate (IMR) has decreased. When we put up a board in the village saying there have been no newborn deaths in a year, they know that their contribution to the partnership has paid off.

Most of the research at SEARCH is for the people and with the people. This culture of research for problem-solving can be powerful, but only if you follow certain ethics and ask the people. Ultimately you should ensure that the solution is transferred to the hands of the people.

My dream is to get to a point where we see research by the people. When people are able to think like researchers, they will ask questions and inquire more. People already ask why and how to solve it, but they do not use advanced scientific methods to solve these problems. But I foresee a time when ordinary people will also think in terms of research – and that will lead to research by the people. And when research by people happens, imagine the power of problem-solving in India.

This note was first published in India Development Review: http://idronline.org/putting-people-heart-research/

Inspiring article on community-based participatory research, Abhay! Thank you for your work, and sharing it.