As India is now completing 75 years of Independence, two big questions loom over the conversation around India’s economic development: How successful was the Indian economy before and during colonial rule, as compared to the postcolonial period? What is the role of history – historical events, actors, and institutions – in shaping India’s development trajectory? This is the focus of the sixth edition of I4I Conversations, with Bishnupriya Gupta and Lakshmi Iyer.

Gupta and Iyer deliberate on how applying a historical lens may change our conclusions about India’s progress –particularly how demand-side estimates of GDP (gross domestic product) per capita date the beginning of India’s economic decline to a century before British colonial rule. Gupta also discusses the misperception that Indian industrialisation was stifled during colonial rule, how we should evaluate 20th century economic progress in light of the historical evidence, and the long-run effects of historical land-tenure institutions and education policies. Gupta then highlights new areas of research in India’s economic history, including the availability of detailed migration records of indentured workers, and the historical roots of India’s low female labour force participation.

Absolute and relative decline in Indian per capital GDP: The Great Divergence (graph referred to at the 02:26 mark) 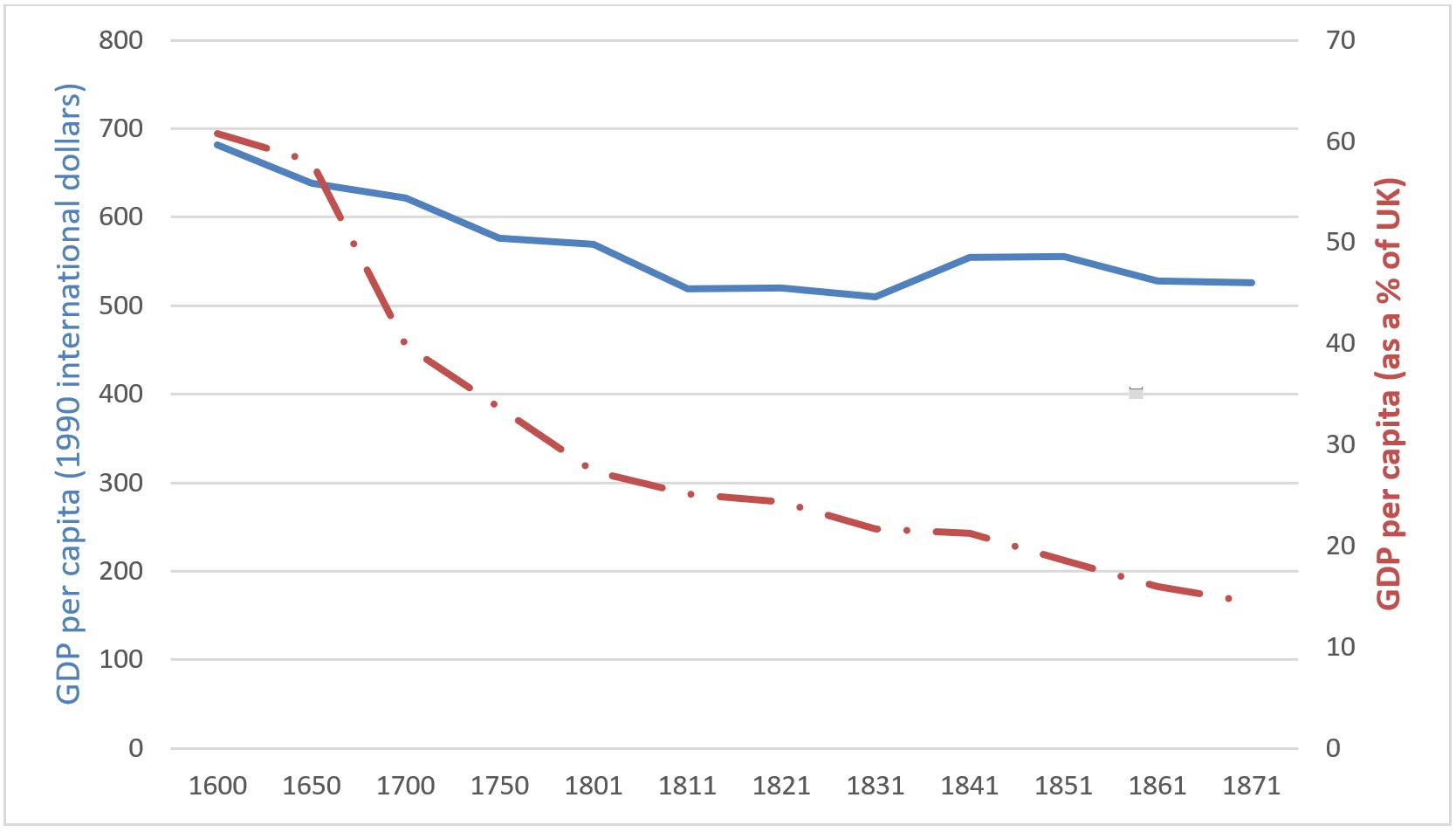 From the very beginning, it just seemed like a UK professor trying to defend colonisation by whatever means possible. It's evident from the way the guest is trying to navigate subtly through the dense forests of the data and mine some consolatory silver from it to impress her white bosses. Unfortunately, it cannot change the history of repeated famines in the British rule. She says industries weren't a big part of the economy. What is she expecting people in 19th century to be working in except agriculture and small scale industries? Are there hotels, spas, movie theatres or IT hubs present to feed the people? The podcast reeks of the colonial mentality that it apparently tries to dissect and reconstruct.