Politics and MNREGA: A limited Link in Andhra Pradesh 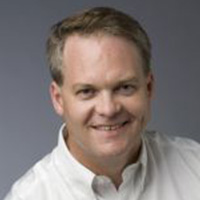 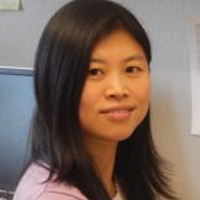 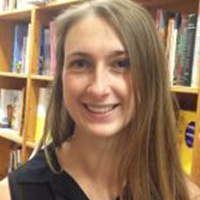 The Ministry of Rural Development claims that MNREGA needs to be changed in order to reduce politics and corruption in the scheme. One of the studies cited by the Ministry is an analysis of the extent of political manipulation of MNREGA funds in Andhra Pradesh. In this column, the authors of the study assert that while politics may influence programme expenditure in some places and to a small extent, this is not universally true and does not undermine the effective targeting and good work of the scheme at large.

In India, politicians are debating if and how the Mahatma Gandhi National Rural Employment Guarantee Act (MNREGA) — the “right to work” legislation which grants work on small-scale and government-funded public works projects — will evolve under the direction of the new Prime Minster. Some of the currently proposed changes include limiting the scheme to only the 200 poorest districts and increasing spending on materials at the expense of wages. These proposals have been criticised by a group of 28 economists who wrote an open letter to the Prime Minister detailing their concerns about the potential impact of such reforms. The central government responded in turn that the scheme needed to be changed in order “to reduce politics and corruption”, setting off a major public debate on the topic.

Our new working paper and shorter policy note investigate the presence of political manipulation of funds under MNREGA in Andhra Pradesh (AP), a state in southern India. We were motivated to investigate the extent of preferential resource allocation — even before the government’s claims — for two major reasons: MNREGA is designed to be a self-targeting and demand-driven programme where labour is aggregated and public works are selected at the local level before final approval at higher levels of government is sought; and MNREGA also put in place a suite of accountability and transparency mechanisms, including but not limited to publicly available data and social audits, with the objective of restricting any possible political manipulation of funds. Our goal was to evaluate the extent to which these unique features of MNREGA have eliminated avenues for taking advantage of the programme for political gain.

Using a range of publicly available data sources detailed in the paper, we established the relationship between project spending at the mandal (sub-district) level and two major components of clientelism — ‘vote buying’ prior to elections and political patronage following a vote — versus the stated target of the programme, addressing human needs. The timely occurrence of a national and state-level election in 2009, several years into the implementation of MNREGA, allowed us the opportunity to test for the incidence of vote buying by the national and state-level incumbent coalition, the United Progressive Alliance (UPA), leading up to the election. Then, because we observed several years of MNREGA implementation following the 2009 election won by the incumbent UPA coalition, we also tested for the existence of patronage effects.

Our findings suggest that vote buying was not apparent before the 2009 election. However, in the post-2009 election years, we do find evidence (although the effect is small in magnitude) that the distribution of funds was partially politically motivated, either as a patronage effect following the 2009 election or as a vote buying effect leading up to the by-election in 2012 or full election in 2014. At the same time, we also observe that expenditures were well-aligned with the needs of the mandal in terms of not only characteristics of the population, land, and infrastructure before the start of the programme, but also the changing labour market dynamics across years and agricultural seasons. Indeed, even in the post-election period where clientelism seems to exist, we find that the objective needs of the mandals explain 63% of the variation in MNREGA expenditures, while all of the political factors taken together explain only 2.5%. The fact that clientelism does not appear to have a major influence on spending levels means that the self-targeting, transparency, and accountability mechanisms, including widespread information disclosure and social audits integrated into MNREGA, appear to be working and reducing the potential for large-scale clientelism to take hold in AP.

In the context of claims made by the new Indian government about the political nature of MNREGA implementation — claims which included a selective and misleading portrayal of our findings — we reiterate that our study shows that while politics may influence programme expenditure in some places and to a small extent, this is not universally true and does not undermine the effective targeting and good work of the scheme at large. Extensive research, including an article by two members of our research team, documents the variation in implementation records across states; pointing to some states (like AP) where MNREGA works well to help the rural poor, and others where it fails. Overhauling a programme — indeed, a right — for all, based on the experiences of a few, may harm the rural livelihoods that have been fundamentally and meaningfully enhanced by the employment guarantee. A more thoughtful policy response may be to bolster the transparency mechanisms already in place and target reforms to those areas where MNREGA has been excessively politically manipulated as demonstrated by the abundant data available on MNREGA participation.