Post-demonetisation: Can the old notes return? 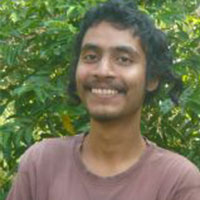 Banks in India are reported to have received about 87.7% of the demonetised currency notes so far. In this article, Badri Sunderarajan argues that when once all the old notes have come in, it would make sense to reintroduce them into the system as legal tender.

The banks have reported that currency worth Rs. 12.44 trillion has been taken in since demonetisation. Since the total amount of demonetised notes is about Rs. 14 trillion (according to Reserve Bank of India (RBI) data), this means that there's only Rs. 2 trillion left to come in.

Once all this money has come in, there won't be much point in keeping the old notes invalid, will there?

Demonetisation was primarily a data-gathering exercise: the idea was to force everybody to deposit notes, so that the banks could record who had how much. Then they could catch the people who had disproportionate amounts of money, and put them under the scanner of tax authorities.

When that happens, what will be left to do? The focus would be on introducing new notes into circulation as fast as possible to alleviate the crisis. But there's one catch: the new notes can't be introduced, because most of them don't exist yet! Meaning, they haven't been printed.

Why haven't the notes been printed yet? There's a simple reason for this. We need notes fast, and the printing presses simply can't work fast enough. Banks and ATMs across the country have already begun drying up, and this can only get worse. There are different estimates about how long it'll take to print enough notes to replace the new ones, but it's going to be of the order of seven months (my article on this can be accessed here).

But there's a quicker solution.

We would now have a stack of old notes which we have no use for, and an empty stack which needs to be filled with notes. The fastest options would be to make the old notes legal tender again, so the people can take them back!

There's only one problem with this: counterfeiting. One of the intended side-effects of demonetisation was to be that counterfeiters would now find their money worthless. (Or rather, it was always worthless, but now they can't use it because other people know it's worthless). True, the security features of the new notes are almost the same as the old notes. But counterfeiters would still have to update their printing-presses to take on the new design - which is expensive.

However, if you look at the numbers, counterfeiting is practically insignificant. Fake money only accounts for about 0.025% of the notes in circulation. In any case, the last anti-counterfeiting demonetisation exercise only ended six months ago (30 June 2016), so we can probably afford to wait. And any bad effects of counterfeiting would be massively offset by the good reintroduction of old notes would do to the rest of the country.

The truth is that demonetisation has acted as a massive DDoS (Distributed Denial of Service) attack on the country. The blows to the diamond industry, scissor industry, tea estates, fish markets, garment factories, farmer's supplies for next year's crops, and the entire informal sector in general are only some of the reported examples. Not to mention the personal damage it causes to people who depend on today's cash payment for tomorrow's lunch.

How did demonetisation have such a big effect on the country?

The problem was that, in a single stroke, almost 90% of the country's cash-based money supply dried up. Now, cash is not just a physical entity. Cash is a semi-decentralised currency transaction framework which about 9/10th of the country utilises to make their payments. Removing physical cash cripples the ability of that framework to function smoothly, similar to a DDoS attack on an Internet-based system (though on a much larger scale).

Now, there is an alternative framework that people can switch to: the cashless world of credit cards and Internet banking. Except that most of them can't.

There's a good reason why the cash framework exists: because, for some people it's the only option. And ‘some' is a substantial amount: this article on why going cashless remains a distant dream does a good job of explaining why. Telling people to go cashless now is, as the World Economic Forum put it, like putting the cart before the horse. In any case, you only have to look at the news reports to see that cashless is impossible. All these people, industries, and communities have been plunged into a crisis situation. If going cashless was an option, they would surely have done it.

It's obvious that this situation has to be alleviated very soon. As the currency supplies dry up, it's only going to get worse.

The newly printed Rs. 2,000 notes are not helping much, either, as they're hard to get change for. This is highlighted by the fact that some ATMs disbursing only Rs. 2,000 notes were deserted, while long queues snaked out of other ATMs in the same area. (That was an observation by a friend in Delhi). Printing presses are now going to focus on printing Rs. 500 notes to unclog the system, but that'll also quadruple the number of notes to print.

There's also a problem with the new notes. In addition to the time it'll take to print them, there have already been many faults reported such as half-printed notes (perhaps a rumour), offset shadows (I've personally seen one of these), and even notes that disintegrate into dust!

The reason for these faults is probably that the printing-presses are getting overworked, so they don't have time to test the printing process before they start. If the urgency is removed, the RBI can work on polishing up the process. They would also have time to add new security features, something which hasn't been done due to time constraints.

The cash crunch is going to put a strain on the government as well. In addition to rising public anger, there will be a lot of other financial expenditures and losses, such as temporarily waiving crop loans to help farmers, or paying for extra staff at the banks. Not to mention printing all the new currency notes to circulate, and the even newer currency notes to replace the faulty ones. If the old notes are just sent back, the problem would be over and the government would be free to focus on other projects - including actually paving the way for a cashless economy.

As far as I can see, it's not going to make a difference if cash is reintroduced into the system in the form of new or old notes, once all the old ones have come in. The data-gathering exercise would already be over, except for a few stray old notes, and all the follow-up projects like tax raids can continue regardless of whether the reintroduced notes are old or new. Demonetisation would already have achieved, if not its original aims, then at least all that it can possibly hope to achieve.

Using new or old notes wouldn't make a difference to the initial project, and using old notes has obvious benefits.

Oh, yes, there is a disadvantage of reusing old notes. While you can understand the full reasons for doing it, the general public may not. In their eyes, the government's going to look a bit silly if they devalue all the currency only to revalue it again a little later. The reasons will be good, but they may be a bit too complicated to explain.

I guess it's not going to happen, after all…