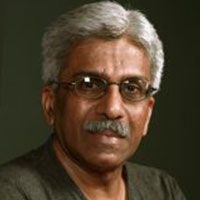 The two largest countries of the world – India and China - are also among its poorer ones. But here the similarity ends. Per capita income in China is exactly twice that of India. Three and a half decades ago they had been very close in terms of income. Since then China has lifted vast multitudes out of poverty and in the process, become the cynosure of all economists’ eyes. Over the same period, India has progressed too, even though its transformation has been far less dramatic. What explains this difference? Though it may have been made to advance scholarship, I find the following observation by Alesina and Perotti (1994) quite useful when it comes to understanding the issues at hand: “Two of the most active fields in economics in the past few years have been growth theory and political economy. Empirical and policy questions motivate both lines of research. The growth literature, with its new endogenous growth theories, analyzes economic factors such as education, openness, infrastructure, and government spending to determine which are more important or less important for growth. The political-economy literature argues that economics alone cannot fully explain the enormous variance across countries in growth and, more generally, in economic outcomes and policy choices.” What this observation helps us see is that while education, openness to trade, and government spending are all vitally important even when they are adopted as policy the outcomes could be determined by politics. I believe that political economy is central to understanding the growth and development experience of India - the country that has over the past half century been more favoured with attention by the international community than any other, including China.

‘India’s Long Road: The search for prosperity’ (Penguin, 2016) by Vijay Joshi is a study of India’s economic journey over the past six decades and an assessment of what lies ahead for it. It is marked by coverage of a vast swathe of writing on India’s economy and discussion of the relevant economic theory. Though less marked by original empirical research, it contains highly relevant discussion. There are critical analyses of government intervention in India, its higher education sector, and macroeconomic policy regime, in particular of exchange-rate management, on which topic the author is an internationally-recognised expert. Information and insights abound here. On the lopsidedness of the subsidy regime, we are told that in some states the electricity subsidy, apart from being regressive, exceeds public spending on health and education. It is pointed out that China’s authoritarian regime allows greater autonomy to its universities than India’s democratic State - a factor, in the author’s view, accounting for the greater success of the former. Finally, it is argued that at least some part of the slowing of the Indian economy since 2008 or so has to do with domestic macroeconomic policy. The appreciation of the real exchange rate of the rupee during this period is not something that is sufficiently recognised. However, having demonstrated this, the author stops short of pointing out that this may have followed from the RBI’s (Reserve Bank of India) excessive focus on inflation control. After all, the level of the interest rate has implications for capital flows and therefore the exchange rate. Dr. Joshi is a votary of inflation targeting.

It is on the recognition of empirical developments in India over the period studied that some of the arguments in the book can be challenged. While a strong advocate of liberalising reforms, the author does not appear to have noticed that the one sector on which the reforms of 1991 had focussed, namely manufacturing, has shown little progress in relation to the economy, that is, the share of manufacturing in GDP (gross domestic product) has remained more or less unchanged. This has been a source of quite vigorous speculation which finds no presence in the book. Actually, at the cost of a little simplification, one could say: If you’ve understood the history of manufacturing in India you have understood what ails the Indian economic policy itself.

Among sectors of the economy, the attention that manufacturing has received from the policymaker since the 1950s is unparalleled. By understanding the form this attention took we can see why performance has lagged behind expectation. Since the 1980s there has been a continuous evolution of policy towards manufacturing - some of it indirect, in the form of trade policy reforms. All of it has focussed on the supply side as if trying to approximate the ideal institutional architecture. However, it can be argued that there are three aspects to the growth of a sector, namely a favourable institutional environment, human-resource capabilities - both together defining the supply position, and demand. Infrastructure and education determine the capabilities of a country’s manufacturing sector, which will in turn determine whether it is globally competitive or not. Indian industry may have received reasonable attention from policymakers in terms of the institutional architecture but may have been hobbled by poor infrastructure and low educational levels of the workforce which could have combined to leave it unable to compete in the global market. In a comparison with China, India fares poorly in terms of both infrastructure and education, the latter being a point that the author does flag. In the absence of an external global vent for its potential surplus due to lack of competitiveness India’s manufacturing has mostly had to depend on the domestic market. As services production is autonomous of manufacturing output, demand for the growth of the latter must largely come from faster agricultural growth. Apparently, the author does not think this to be crucial. In fact, the demand side gets short shrift in his scheme of things.

For a succinct summary of the outcome of the reforms of 1991 we may turn to the following remark by a leading long-time researcher on Indian industry: “The post-1991 pro-market reforms in India are expected to reduce price-cost margins in industries, lower inter-firm productivity dispersion, increase export intensity of firms, and cause changes in the size structure and industrial composition. But, barring the increase in export intensity, the other effects have not occurred or occurred only marginally, despite the reforms induced increases in import competition and possibly some intensification of competition among domestic firms as well. The industrial growth rate has not accelerated in the post-reform period compared to the 1980s. This seems less attributable to stalled reforms, than to infrastructure bottlenecks and demand deficiency.” (Goldar 2010) These observations have a bearing on Joshi’s own assessment of the reforms, in particular their impact on the rate of productivity growth. In the data he presents, growth of total factor productivity (TFP) in manufacturing actually drops slightly in the 1990s, is often lower than that of TFP growth in agriculture over the sub-periods considered, and is - in all cases - less than that in services. The record, therefore, is not kind to the proposition that liberalisation has speeded-up productivity growth in the sector most targeted. There is a whole body of literature concerned with productivity growth in Indian manufacturing that does not figure in this book. It is the poorer for that.

Dr. Joshi is not unaware of the importance of superior performance in agriculture and education for the future of the Indian economy. Only, he is convinced that more markets are the way to go in improving performance. Starting with agriculture, there is a strong case for liberalisation in the sphere of marketing where government intervenes in the form of the Agricultural Produce Marketing Committee (APMC) in the districts, which restricts sales opportunities for farmers. There is also the dysfunctional procurement of rice and wheat contributing to accumulating surpluses, often left to rot in the open, and discouraging the growth of protein-rich pulses. But the market failure in agriculture is there for all to see in the depleting water table and inadequate extension service. It would not be out of place to speculate that the Green Revolution of the late 1960s and the quickening of the agricultural growth rate in the 1950s would have taken place under a policy of laissez faire.

We may next come to education. Many of Dr. Joshi’s observations, including those on the poorly designed Right To Education Act (RTE), are correct but his suggestion that the route to improvement of performance is purely via giving a greater role to the private sector seems overly optimistic. In a global comparison we find an overwhelming reliance on public schooling, and it would require strong belief in ‘Indian exceptionalism’ to hold that it cannot work here. As for higher education, it could not have escaped anyone’s attention that in almost every area, from engineering to medicine and even law and social sciences, the best institutions are in the public sector. Private colleges have often been no more than money-making enterprises providing little education. However, none of this takes away from the author’s case for a major re-thinking of the role of the higher education regulator, the University Grants Commission.

The abiding premise of this book is that markets do better than the State. The recent history of India suggests that this is not always true for all sectors. It hardly needs repeating that in India the State has intervened too much to control the private sector and too little to advance human development. However, it is a different matter altogether to conclude that the interventions have not been beneficial at all and that human development can in the future be taken care of by leaving things to the market.

In the concluding chapter of the book, the author states: “It is now common ground among all informed observers that the highly protectionist, highly controlled ‘Old India Model’ that guided economic policy in the first three decades after Independence was, in large part, a failure.” Surely this is hyperbole? M. Parameswaran and I employ the Bai-Perron methodology for identification of structural breaks restricting the procedure to estimate a single break in the GDP growth series for the entire 20th century. We find that it occurs in the early 1960s (See Balakrishnan 2015). To the extent that we know that there actually was more than one growth acceleration during the period under consideration, the exercise may be deemed somewhat artificial. Nevertheless, it is instructive. Only a brave economist would then claim that there was no dynamism in the Indian economy till the ‘partial reform’ commencing from 1980. If the chosen economic model is all that matters, we would be hard-put to explain how the “highly protectionist, highly controlled”, and one might add ‘hermetically sealed’, China rose to global prominence. In approaching the problem exclusively in terms of the dichotomy of ‘market versus State’ the author overlooks the lessons from east Asia that are particularly relevant for understanding India’s economic journey. From a comparative history of development, we have reason enough to conclude that it is not only the economic model but also the political economy that matters for economic outcomes.

Vijay Joshi is surely right in saying that “If India has a growth problem it is of its own making.” He is also right in saying that the way forward will be long and hard. But along which way are we to travel? Do we remain content to follow the markets or do we engage with the politics in order to achieve the goal that he has himself so clearly articulated, that is, “rapid, inclusive, stable and sustainable growth of national income within a framework of liberal democracy”? That is the question.