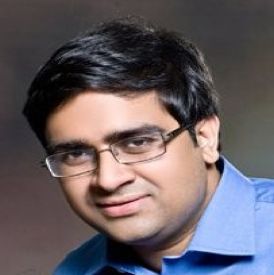 The recent Punjab National Bank fraud has rekindled the debate on bank privatisation, often considered a solution for the poor management in public sector banks. In this article, Sengupta and Roy contend that privatisation may solve other problems in the Indian economy, free up fiscal resources, and may even reduce corruption, but it is not a solution for regulatory weaknesses.

The PNB fraud has rekindled the debate on bank privatisation, often considered a solution for the poor management in public sector banks (PSBs). While government ownership of businesses is a bad idea and leads to poor economic outcomes, we should not pin all hopes on privatisation as a solution. It is not a panacea for the ills of the banking sector unless accompanied by reforms in banking regulation.

The Reserve Bank of India (RBI) has often cited government ownership as an explanation for management failures in PSBs. The RBI committee to look into the governance of PSBs in 2014 stated: “If the Government stake in these banks were to reduce to less than 50 , together with certain other executive measures taken, all these external constraints would disappear.” There are incentive conflicts when owns banks, and this affects the efficiency of capital allocation. However, this does not explain why the RBI cannot hold the PSBs accountable for issues such as capital adequacy, fraud control or appropriate reporting of financial statements.

RBI’s powers over PSBs
It is true that the RBI does not have all the powers over PSBs that it has over private sector banks, such as the power to revoke a banking licence, merge a bank, shut down a bank, or penalise the board of directors. However, Section 51 of the Banking Regulation Act, 1949 enables the RBI to exercise some powers over PSBs, which apply notwithstanding any special provision governing PSBs in other laws.

The RBI can control the lending policy of PSBs, including determining maximum exposure, and the purpose of lending (Section 21). It approves the auditor for PSBs and has the power to issue special audits on PSBs (section 30). RBI can lay down the returns that a PSB has to file (Section 31). It can inspect PSBs just like private sector banks (Section 35), and give directions, including directions on management (Section 35A). It can appoint RBI officers to attend board meetings of PSBs and speak in them, collect all communications of a PSB’s board, and require PSBs to make changes in management (except board) (Section 36). RBI can ask PSBs to maintain records as per rules made by RBI (Section 45Y), impose penalties on PSBs through the courts (section 46) or directly under RBI systems (Section 47A). RBI cannot impose penalties on PSB directors appointed by it or the government. But this protection does not extend to other employees of the banks.

The lack of some powers of RBI over PSBs is balanced, to some extent, by the right of RBI to appoint a director on the board of a PSB (bank nationalisation laws and the law governing State Bank of India). Unlike private sector banks, this director must have expertise and experience in regulation and supervision of banks, a skill available only with RBI. This allows RBI to keep a PSB under constant supervision.

We know from media reports that RBI fined Yes Bank and Axis Bank for these divergences. However, the information on penalties is not publicly available on RBI’s website. We do not know whether due process was followed before imposing sanctions on these banks, whether the fines were backed by a show cause notice, and a reasoned order. We also do not know whether any other bank reporting NPA divergence has been fined. The lack of transparency in the manner in which banking regulation is enforced applies to all banks irrespective of the ownership structure.Private and public sector banks are driven by different incentives which may help explain the difference in the violations seen in these two categories of banks. In the private sector, the shareholders’ effective control over banks may explain the absence of large-scale frauds such as the PNB episode. However, the interests of shareholders may not be aligned with those of the regulator.

In banking, shareholders bring only Rs. 12 of every Rs. 100 of the capital required to do business. The rest is brought in by depositors. Shareholders are interested in trying to get their return as quickly as possible and hide the bad news. When banks fail, shareholders have already recouped their investments and depositors are left high and dry. Prudential regulations, such as NPA norms, are designed to prevent this.

NPA regulations require banks to keep money stowed away to repay depositors. This is done by reducing of the bank by the amount of NPAs. Lower NPAs mean there is more profit to be distributed as dividends to shareholders. So, the shareholders and the management of private sector banks have interest in showing lower NPAs. It is the job of the banking regulator to prevent this from happening. When a bank understates its NPAs, it is a failure of banking regulation.

Income and loss recognition continues to involve discretion from the regulator. PNB has asked RBI to spread out loss provisioning from the recent fraud over four quarters. This is in spite of RBI regulations requiring fraud to be recognised and provisioned for immediately. Such exceptions are frequently made. For example, in May 2015, the RBI allowed lenders to keep loans to Haldia Petrochemicals as standard assets, even though they had been restructured twice and should have been designated as NPA.

In the PNB fraud RBI has allowed PNB to amortise the fraud losses over four quarters. The term hides the consequence of this special dispensation. The objective of accounting is to represent accurately and in a comparable way the affairs of a bank. Special dispensations undermine this. Now, the shareholders, depositors, bondholders, and clients of PNB are unable to get a fair and correct picture of PNB’s finances.

Regulation of private sector banks: Mis-selling
Failure in regulation is not limited to prudential regulation. On several occasions, RBI has not been able to protect the interests of consumers and the problem may be systemic. Halan and Sane (2016) show that there is widespread mis-selling in both private and public sector banks. Banks rarely disclose the features of their products and frequently provide incomplete or inaccurate information. The situation became so bad in Rajasthan in a mis-selling episode involving ICICI Bank that the police had to step in.

While the underlying financial products in such mis-selling may be regulated by the Securities and Exchange Board of India (SEBI) or Insurance Regulatory and Development Authority of India, the act of mis-selling takes place in banks, which are regulated by RBI. All financial regulations are for (1) consumer protection, (2) micro-prudential oversight, (3) resolution, and (4) systemic risk reduction. When bank officers cheat consumers, this violates consumer protection and falls within the purview of banking regulation. The fact that mis-selling is rampant in private sector banks goes to show that there are problems in these banks too.

Banks can earn more fees and make higher profits by selling financial products with high commissions, as opposed to the appropriate financial products, to consumers. If the management of a private sector bank is incentivised to increase income, they will try to sell insurance products (which may carry commissions equalling the entire premium for one year) rather than fixed deposits (the Rajasthan episode).

The objective of banking regulation is to make the management of banks, both private and public, take decisions which they would not normally take to protect depositors and consumers. Since the incentive structures of the management of private and public sector banks are different, they will take different types of decisions. But in both cases, the decisions may adversely affect the consumers and the depositors.

of banks, with the same level of regulatory capacity and the same quality of regulatory oversight, may only trade one type of banking management failure (frauds, poor system controls) with other types of failures (underreporting of NPAs, of financial products). There is no evidence that the RBI is better at regulating private sector banks and no reason to believe that bank privatisation will cure the ills of banking regulation.

Doing the right thing for the wrong reasons is dangerous. Privatisation may solve other problems in the economy, free up fiscal resources, and may even reduce corruption, but it is not a solution for regulatory weaknesses. If bank privatisation is the only reform that is undertaken in response to the current crisis in the banking system without fixing fundamental problems in banking regulation, the crisis will keep recurring. This will then delegitimise the privatisation move. The consequent backlash may undo many good reforms which have reduced the role of State in commerce and redirected it towards public goods like regulation.

The authors would like to thank Renuka Sane of the National Institute of Public Finance and Policy for valuable inputs.