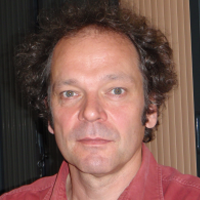 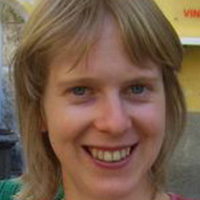 The benefits of microfinance are in the details. This column takes a look at lending by commercial banks in India to self-help groups – smaller, informal community-based groups – as a new and successful microfinance initiative. Different ways of thinking about getting credit to the poorest and most marginalised in society can work, but only if the institutions are properly geared up for their customers

The dominant model in Indian microfinance emerged in the early 1990s when the Reserve Bank of India (RBI) issued guidelines to all nationalised commercial banks encouraging them to lend to informal community-based groups called 'self-help groups' (SHGs). In contrast to traditional microfinance institutions, these groups have varying group sizes and flexible rules for saving and lending among themselves. SHGs can also offer greater possibilities for financial integration because their members are linked directly to the formal banking system. Most research on the economics of micro-lending has focused on the functioning of specialised microfinance institutions (see Attanasio et al. 2015) such as the Grameen Bank, and we know relatively little about this alternative institutional structure.

Many of the experiments on microfinance institutions show modest take-up rates and limited financial gains (see, for example, the 2015 special issue of the American Economic Journal and De Haas et al. 2011). The SHG programme in India relied on non-government organisations (NGOs) blanketing the areas in which they operated with new SHGs, and this resulted in successful outreach. Official banking statistics in India report the creation of about 8 million SHGs comprising 100 million households since 1991. Our research aims at understanding the composition of SHG membership, the duration of members within the programme, and their differential access to credit. We are especially interested in the extent to which this programme served landless rural households and those belonging to socially isolated groups, namely the Scheduled Castes and Scheduled Tribes (SC/STs).

Our data come from 1,521 groups in selected districts of the three Indian states of Jharkhand, Orissa and Chhattisgarh. This is a census of all groups initiated by PRADAN, an NGO working in these areas, during the period 1998-2007. These groups consist only of women and have an average of 14 initial members. They start by saving and lending among themselves and if they manage this successfully for a few months, they are linked to a nearby commercial bank where they can deposit their savings and apply for bank loans.

We focus on the 21,974 women who were initial members of our groups. We find that the coverage of the programme was impressive in that 38% of the households in villages with an SHG had a participating member. The fractions of SC/STs in groups closely matched their population shares in villages. The programme was especially successful in reaching landless households, which constituted 12% of village households and 20% of group members.

Over time the composition of the groups changes due to sizable and selective attrition. Exit occurs both because some groups dissolve and because members leave functioning groups, either voluntarily or under pressure from others. A total of 20% of initial members are no longer in groups at the end of our study period. The representation of the landless and the disadvantaged populations in these areas falls over time due to this selective exit.

Table 1 summarises attrition for different categories of members. ST members have the highest exit rates, followed by the SCs. We see from Table 1 that STs drop out of the SHG network both because their groups are more likely to become inactive and because they leave active groups at higher rates. For the landless members, exit is mostly from active groups and is not sufficiently high to reverse their over-representation among SHG members. At the end of the period, the landless fraction of active members falls marginally from 20% to 19% while the share of STs falls down to a little over one-third, the share of SCs was fairly constant over time, and the other castes increased their share from 45% to 50%. 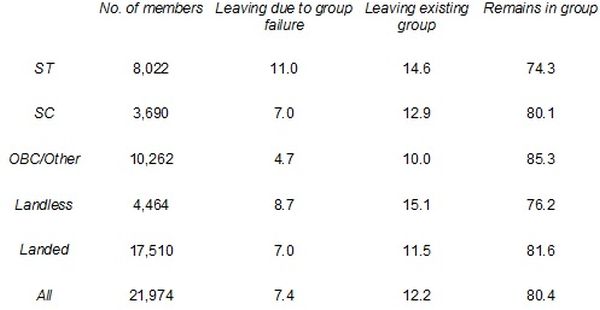 Figure 1 shows estimated Kaplan Meier survival functions, which account for groups and members being observed for different lengths of time. The pattern of exit we observe is consistent with the summary figures described above. 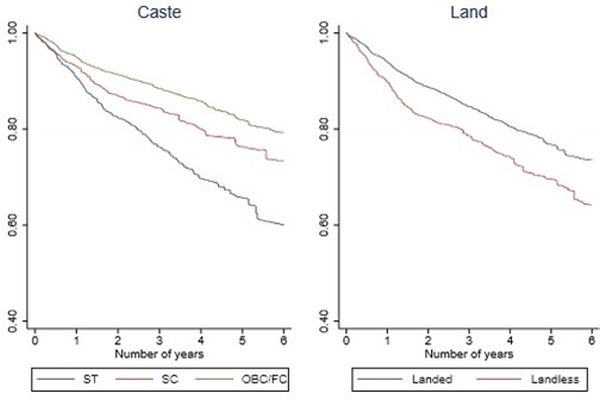 We estimate the determinants of group and member survival using duration models. Our most striking finding is that groups that consist entirely of STs are the most vulnerable. Relative to both heterogeneous caste groups and homogeneous groups of other non-scheduled castes, these groups are 59% more likely to fail. An analysis of member exit from existing groups reveals that SC/STs are more likely to leave groups that include higher castes. In contrast, the presence of group heterogeneity does not result in any significant exit of landless members. More educated groups and members survive for longer in the system. An increase in the average education of a group's members by one year reduces the probability of group failure by 15% and an additional five years of education for a particular member increases her chances of remaining in a group by 10%.

The duration of members within groups is an important determinant of how much credit they are able to obtain. Loans received per year increase steeply over the first four years and then stabilise. We find that access to credit also varies by the composition of the group and the social identity of the member. STs get less credit from the banking system for each year that they are in an active group. Their average borrowing is 18% lower than that of higher castes and 15% lower than that of landless members. This difference is driven by the very limited borrowing by homogeneous groups of STs. In these groups, members are able to secure less than half of the average loans received by other types of groups per year of activity. Figure 2 provides a more detailed description of the evolution of banks loans for caste and land categories over time. We see that there is no significant difference between borrowings of members with and without land. 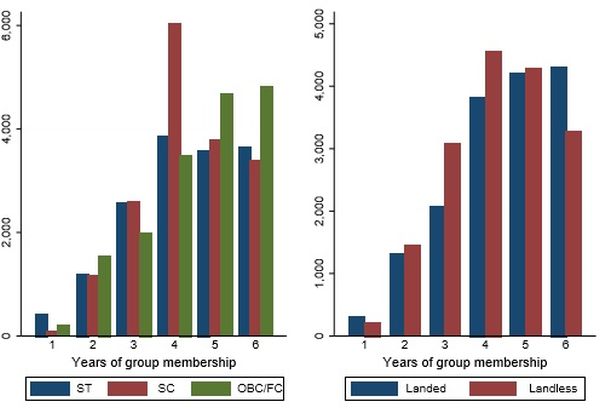 Our research contributes to rethinking microfinance policy in two important respects. First, in terms of evaluating the outreach of microfinance, selective attrition may undermine the effectiveness of programmes that are initially well targeted. Second, although much of the literature on collective action in economics has emphasised the value of homogeneity in raising the value of public goods, we find that homogeneous groups of some socially disadvantaged categories are especially vulnerable and do not seem to have the capacity to sustain group activities without the support of others.

This column first appeared on VoxEU.org.