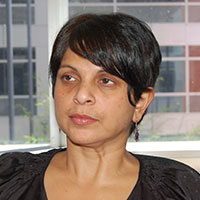 While many things are getting better in India, the disturbing levels of child malnutrition are hardly changing. This column explores why and asks what can be done. It calls for more conditional cash transfers to poor rural families and better education on how to feed their children.

Despite high rates of economic growth over the last two decades, when it comes to child malnutrition India is currently ranked in the bottom five countries in the world. The World Bank notes that ‘South Asia...still has the highest rates and the largest numbers of undernourished children in the world’, and adds that ‘the high economic growth experienced by South Asian countries has not made an impact on the nutritional status of South Asian children’ (WorldBank 2011). Recent estimates show that between 1996 and 2005 around half of all Indian children under five were under-weight or under-height for their age (see UNDP 2007-2008).

Looking at evidence from India’s National Family and Health Survey (NFHS) from 1998-1999 (NFHS II) and 2005-2006 (NFHS III) presents a rather disturbing picture of child nutrition in India. Over this period, although the average height-for-age for rural Indian children aged under three years improved, it continues to remain significantly below the national average. Average weight-for-height among rural children, meanwhile, has worsened. Specifically, the proportion of children wasted has increased from 17% to 19% over the period, while the proportion of children stunted has decreased from 49% to 40%. Our research shows that there is an increase of 20% in average height-for-age among rural children once other factors are accounted for but that weight-for-height has deteriorated by 20% (Maitra et al. 2012). Rural Indian children aged under three were 11-percentage points less likely to be stunted in 2005 and 2006 but are 2-percentage points more likely to be wasted.

One step forward, one step back

Essentially, then, the gains in long-term nutrition have been matched with a significant decline in weight-for-height, indicating a decline in short-run nutrition. This might not necessarily be a problem as the short-term losses can be easily reversed. Unfortunately, the available data cannot tell us whether this decline in weight-for-height is indeed a short-run phenomenon, or whether it is the harbinger of what is to come. After all, persistent adverse short-run effects will ultimately accumulate and have long-term effects.

It is therefore important to examine the patterns associated with nutritional intake in Indian households. Do we observe changes in inputs? Can they explain the worsening of the weight-for-height? Can they throw light on what we may expect in the future? The problem one faces when trying to match patterns of nutritional inputs to those of observed outcomes is that there is no dataset in India that contains information on nutritional inputs and on anthropometric outcomes. The NFHS data has detailed information on anthropometric outcomes; but to obtain information on household expenditure patterns and nutritional inputs we need to look at the National Sample Survey (NSS) data, which contains no information on anthropometric outcomes. Fortunately the 55th and the 61st rounds of the NSS surveys were conducted around the same time as the two NFHS. This enables us to examine the co-movement of child nutrition and household expenditure patterns using two parallel, independent and nationally representative surveys, though one cannot infer any causality (see Maitra et al. 2012 for more details on this).

Comparing the average (in per-adult equivalent terms) consumption of four major food items and in calorie intake of households with at least one child aged under three years between 1999-2000 and 2004-2005, we find a decline in per-adult equivalent consumption of all the major food items, and consequently a 90 kcal a day decline in calorie input (again in per-adult equivalent terms). These comparisons could potentially provide important insights on the observed nutritional outcomes of children aged under three years. Some of the biggest decline has been in the consumption of milk and milk products. Recall that these are households with young children, and milk and milk products are crucial for the mental and physical development of these children. Milk (and milk products) is a nutrient rich food comprising of nine essential nutrients, including calcium, vitamins A, B12 and D, protein, phosphorous, riboflavin, potassium and niacin, which are crucial for the growth of the child. A fall in consumption of milk and milk products in these households is therefore likely to have a strong direct and negative impact on the health of these children. In addition to this direct effect operating through a lower consumption of the principal food items, there is a possible indirect effect, which works through the worsening of the nutritional status of mothers with young children due to their lower consumption of all the principal food items: there is indeed (and not surprisingly) a close link between maternal health and child nutrition. Our results confirm that, all else being equal, over the period 1999-2000 to 2004-2005, per adult equivalent calorie intake fell by 4500 kcals per month (translating to 150 kcals a day on an average). This is a significant decline over a relatively short span of five years.

And what can be done about it?

This brings into question the role India’s Integrated Child Development Program (ICDS) in the context of improving health outcomes of Indian children. The ICDS was established in 1975 with the core objective of improving the nutritional and health status of children in the age-group 0-6 years, particularly through supplementary feeding for undernourished children. A 2006 World Bank study of the ICDS (Lokshin et al. 2005) found that the programme had little overall effect on nutritional outcomes. They cite a large number of studies to argue that the ICDS program has problems both with implementation, as well as with programme design.

One then needs to consider alternative policy initiatives that can stem the decline in nutritional intake, and hence lead to advances in child health. Such initiatives need to target households with young children or perhaps those with expectant mothers. An alternative approach that has been suggested is to use conditional cash transfers as in Mexico with the Progressa/Oportunidades programme, Colombia (Familias en Accion) or Brazil (Bolsa Família). These are programmes aimed specifically at improving the health and nutritional outcomes of young children and those of pregnant women and young mothers in the most vulnerable sections of society. Conditional cash transfers have been hailed as a way of reducing inequality, especially in the very unequal countries in Latin America; helping households break out of a vicious cycle whereby poverty is transmitted from one generation to another; promoting child health, nutrition, and schooling; and helping countries meet the Millennium Development Goals.