In lieu of the Planning Commission: Part III 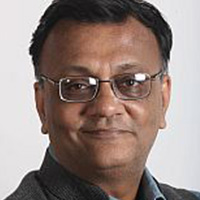 In this post, Sunil Jain – Managing Editor, Financial Express – provides his perspective on some of the issues involved in replacing the Planning Commission. In his view, the new body should focus on providing advice on policy issues, and undertaking neutral assessment of government policies in the long run. It should not be involved in allocation of funds across levels of government.

In my view, functions a, b, d and g are dispensable as I think the Planning Commission´s job is to visualise the future and come up with alternatives such as on what happens if India does not develop more gas-grids or if it remains on the current carbon-creation path. Once you stick with the what-is-plan and what-is-non-plan kind of stuff, we remain stuck in the kind of situation we are in. In my world, more money gets devolved to states and they decide where the money should be spent. The Planning Commission´s role is one of a body that indicates where money needs to be spent 10-15 years from now and then leaves it to government to actually allocate it. The Finance Commission needs to be a permanent body in this scheme of things.

I think functions c, e and f could be part of an Independent Evaluation Office (IEO) that reports to Parliament and various sub-committees of it. This way, standing committees can ask why money is being wasted. Whether the IEO is housed in the Planning Commission is a matter of detail. Q. Are there other (new) functions that should be performed by the new institution? Please specify with reasons.

The new body should take over a part of the role of the Prime Minister’s Economic Advisory Council (PMEAC), to give independent advice on various issues such as the gas price hike. The body should morph into a Congressional Budget Office kind of body which gives a neutral assessment of various government policies in the long run. For instance, Pronab Sen, Former Principal Adviser to the Planning Commission, had done a paper on government pensions a decade or two ago - this should be one of the series of policy papers the new-look Planning Commission should come out with routinely.

Clearly, the new body needs to have a statutory status that prevents the government from dissolving it at will or to browbeat it into silence.