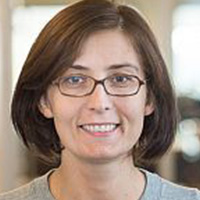 India has experienced rapid urbanisation in the past three decades. Has urbanisation impacted the economic wellbeing of rural and urban workers? This column finds that the rural-urban wage gap has shrunk dramatically over this period. This is largely explained by the process of ‘urban sprawl’, which involves assimilation of rural areas into adjoining urban areas, and the resulting relative increase in urban labour supply.

The structural transformation process that the Indian economy has been undergoing over the past 30 or so years has led to a massive reallocation of production and employment from agricultural activities to high-skill non-agricultural sectors. Since the agricultural sector is primarily rural, while non-agricultural activities tend to be concentrated in the urban areas, this process is likely to impact the fortunes of rural and urban workers. In recent research, we investigate this using data from six successive rounds of the Employment and Unemployment surveys of the National Sample Survey (NSS) of households in India starting from round 38 (year 1983) to round 66 (year 2009-10) (Hnatkovska and Lahiri 2013). To facilitate the wage analysis in the study we focused only on full-time employed workers.

Not surprisingly, we find that wages of rural workers are significantly below those of urban workers throughout the period. What is striking, though, is the fact that the difference has shrunk dramatically over time. For instance, in 1983 median wages of rural workers were almost 60% lower than urban wages, but by 2010 the median gap has declined to a mere 13%.1 The changes were even more striking at the two ends of the wage distribution. At the bottom end, the wage gap stood at 21% in favor of urban workers in 1983. By 2010, the gap has not just shrunk but reversed to 9% in favour of rural workers. At the top end, the picture is quite different as the rural-urban wage gap has grown over time to a whopping 114% in 2010.

What is behind these dramatic changes in the wages of rural and urban workers? The usual suspects include changes in individual demographic characteristics and education. Indeed such characteristics, especially educational attainments, of rural and urban workers have become much more similar over time. A simple decomposition exercise suggests, however, that these factors can explain at most 40% of the change in the median rural-urban wage gap during 1983-2010. The remaining 60% is unexplained. The explained component is even smaller at the lower end of the wage distribution.

We argue that the residual wage convergence left unaccounted by the conventional factors that influence wages is due to aggregate changes in the Indian economy during this period. We emphasise one such factor -- the growth in urban labour supply relative to rural labour supply driven by urbanisation.

Urbanisation occurs due to several forces. First, population may be growing differentially in rural and urban locations. However, natural population growth (birth rate minus death rate) is still significantly higher in rural relative to urban India, and thus cannot explain the expanding share of urban population and labour force in India. Second, the urban labour force share may be driven up by workers migrating from rural to urban areas. We find, however, that net rural-to-urban migration flows in India have been stable over time, and thus were unlikely to be directly related to the falling wage gaps. Lastly, urbanisation could be driven by re-classification of rural areas into urban either due to growth or due to assimilation into adjoining urban areas because of urban sprawl. Between these two factors, we find that urban sprawl played a bigger role in urban growth with the result that previously rural workers became urban workers but without having changed their physical location. This has led to a faster expansion in the urban labour force.

We find that the increase in relative urban labour supply, in conjunction with sectoral productivity improvements in the Indian economy during our study period, can account for over 2/3rd of the rural-urban wage gap convergence that remained unexplained by conventional individual factors that influence wages. Our explanation is also consistent with the other aggregate developments in the Indian economy during this period such as contraction in agricultural employment and output and a fall in the price of non-agricultural output relative to agricultural output.

Taken together, we believe that urbanisation has made a profound contribution to the narrowing wage inequality between rural and urban India over the past 30 years. This was above and beyond the wage convergence facilitated by the converging demographic and educational characteristics of rural and urban workers. The process of urban sprawl is not unique to India. A recent UN-HABITAT study documents the same trend in various developing countries around the world from Latin America to Asia. Our results, thus, have broader relevance and highlight the importance of forming a better understanding of the process of urban agglomeration in India and in the developing world.