Does India gain from high-skilled migration to the US? 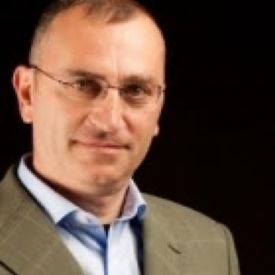 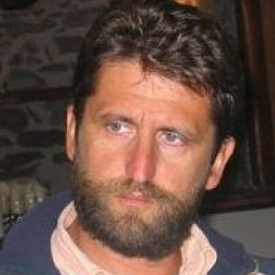 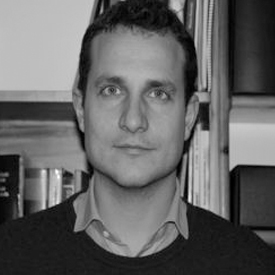 India is the most important source of migrants globally, and the US is the main host country for its high-skilled migrants. Is the phenomenon of high-skilled emigration ‘brain drain’, or is it creating potential providers of ‘knowledge remittances’ for the home country? Based on data on US immigrant inventors from India, this article investigates the rate and determinants of return migration.

India is the most important source of migrants worldwide: with over 15 million residents abroad, it is ahead of Mexico, Russia, and China. Gulf States such as the United Arab Emirates and Saudi Arabia are the most important host countries (United Nations Department of Economic and Social Affairs (UN-DESA), 2015). But when it comes to high-skilled workers, it is the US that take the lion’s share (Dumont et al. 2010).

Indian high-skilled migrants – especially those with qualifications in Science, Technology, Engineering, or Mathematics (STEM) – represent a vital resource for the US’ innovation system (Kerr 2018). According to our estimates, around 6% of US-resident inventors listed at the European Patent Office in 2009 had an Indian name and surname – about the same as the Chinese, and more than the Germans, French, and Italians combined (Breschi et al. 2017).

But what does India stand to gain from sending so many brilliant people to the most advanced economy worldwide? For a long while, high-skilled emigration from less to more developed countries was mostly perceived as ‘brain drain’. It was only in the 1990s that a more positive ‘brain gain’ view gained ground, at a time when high-skilled emigration from India grew dramatically, but so did its economy. This  view portrays migrants as potential providers of ‘knowledge remittances’ for their home countries, as stated in a recent document of the United Nations: “Migration can also result in the transfer of skills, knowledge and technology – effects that are hard to measure but could have considerable positive impacts on productivity and economic growth” (McAuliffe and Ruhs 2017).

One potential transfer channel is the return of STEM migrants to their home country – who move back from the US either on their own account or as managers of domestic and foreign multinational companies. We have several accounts of successful return experiences, and the innovation diffusion that went with them (Choudhury 2016, Wahba 2014). “R2I”, short for “Return to India”, has also become a frequent search item on Google. Even Prime Minister Modi recently invoked it, when speaking of Silicon Valley as a “deposit” of Indian brains, waiting for the right moment to go back home.

Still, we have little idea of the overall magnitude of the phenomenon nor a systematic methodology for monitoring it. We would also like to know more about the characteristics of returnees. Are they more or less educated than stayers? Does their propensity to return increase or decrease with the time spent abroad, and the experience that comes with it? Answering these questions is crucial for assessing to what extent high-skilled emigration from India to the US is an investment, rather than a loss.g>

Patent data and the ‘return inventors’

Neither the US nor any other host country keeps official records of returnees. Comparing national censuses of different years can just give a rough idea of how many migrants leave a country after a certain timespan since their arrival (estimates vary between 20% and 50% of total migrants every five years; Dumont and Spielvogel 2008). But it does not provide information on their skills nor activities back at home. Survey data can help fill this information gap, but only to some extent,: they are costly to run, and easier to administer to migrants still abroad – in order to enquire about their return intentions – rather than to returnees, to ask them about their factual decisions.

This is why we decided to experiment with a different data source, namely LinkedIn, the world’s largest web-based professional networking service (Breschi et al. 2018). Both residents of India and the US are very well represented on LinkedIn, with over 30 and 100 million members, respectively. The two countries also stand at the top of LinkedIn’s world rankings for both membership and traffic. Given the sensitivity of the information we collected, we anonymised the data and refuse any commercial use of them.

Due to our interest in return migrants’ contribution to innovation, we matched LinkedIn to Patentsview, an online patent and inventor data repository recently made available by the US Patent and Trademark Office (USPTO).  In a nutshell, we extracted from PatentViews all the patents granted to the 179 largest US public firms in the ICT (information and communications technology) industry, from 1975 to 2016, and their listed inventors, for a total of over a quarter million distinct individuals. We then undertook ethnic analysis of the inventors’ names and surnames, based on Global Name Recognition, a name search technology produced by IBM. This allowed us to identify inventors of presumed Indian origin (Indian inventors, hereafter) representing around 9% of our original sample. Each Indian inventor was then matched to one LinkedIn profile by means of an algorithm, comparing the names of the inventors and their patents’ applications to the names of the LinkedIn profile owners and their employers. An extensive manual checking followed.

Next, we codified three major sets of variables for each individual, respectively concerning education (Bachelor, Master, M.B.A. or Ph.D.; whether attained in India or the US), employment (employers’ name and location), and patent record. On that basis, we also estimated the inventors’ year of birth as well as their migrant, non-migrant, and return migrant status, at each point in time.

After dropping the inventors whose LinkedIn profiles did not provide sufficient information, our sample reduced to around 5,500 individuals. We finally classified as a return inventor everyone reporting employment or a patent in India after having moved to the US.

Who moves, then moves back, and why

Most migrants in our sample (around 80%) moved to the US in the 1990s and 2000s. This is broadly compatible with historical records of high-skilled Indian migration to the US (Desai et al. 2005), although it is also likely than migrants in the 1980s or before are under-represented in our sample, as they are less likely to hold a LinkedIn account.

As for migration motives, education dominates work, although its relative importance declines over time. Around 4,000 Indian inventors in our sample are ‘education migrants’, whose move to the US coincides with the start of a master or Ph.D. course there, while around 1,500 are ‘work migrants’, who appear to have moved in connection to getting a job. It is important to keep in mind that the distinction between ‘work’ and ‘education’ migrant inventors refers only to the individuals’ condition at migration time. A work migrant may at some point enter a master or Ph.D. programme in the US and an education migrant may start working there. Both cases are frequent, particularly the latter.

The return rates of the two migrant populations differ considerably: while one-third of work migrants in our sample had returned to India in 2016 or before, only 22% of education migrants had done so. Still, even for education migrants, these proportions are far from negligible. They could also be revised upward, if we had more information on the exact location of US multinationals’ employees who only reported the employer’s name, but not the branch (in these case, we assumed the location to be the US, which may result in underestimating return).

Based on a detailed econometric model, we also estimated what, in jargon, is called the average “hazard ratio”, which in this case means the risk for an Indian migrant to the US to return to India, year after year, conditional on not having yet returned. This risk may be decreasing over time, which may hint at, among other things, the difficulties a long-departed migrant may have in profiting at home of the skills he/she accumulated abroad. The opposite may hold if the risk of return increases with time.

The former is the case for work migrants in our sample. The longer they stay in the US, the less likely they are to return to India. On the contrary, education migrants, while less likely to return overall, exhibit a time-increasing risk of return. In Figure 1, where we report the estimated hazard ratios for migrants who left India in the 1990s, we can see how the risk of return doubles over the first three years for both master’s and the doctoral graduates, then becomes quite stable, plunges after 10 years, and picks up again later on. Patterns for migrants of the 2000s cohort are similar.

Figure 1. Estimated hazard ratios (“risk of return”) since completion of studies in the US, by education level - Education migrants, 1990 cohort 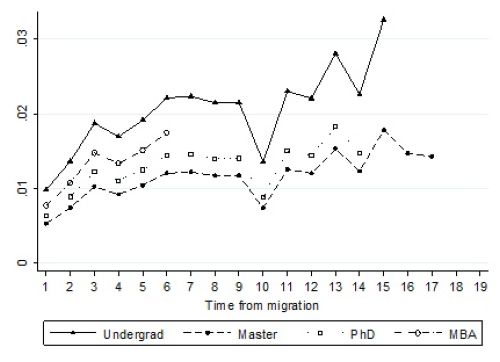 Within sample estimations (unreported regression), for age at migration =23 (all remaining regressors at mean values)

While tentative, these estimates suggest that the skills Indian inventors acquire in the US may find application in their home country. Notice that we cannot say whether the return migrants we identify with our method will spend the rest of their life as permanent residents in India, or instead, will be back and forth between India and US; or whether they will keep working as inventors in an R&D (research and development) laboratory or move to other functions. But clearly, their knowledge potential is considerable, and their numbers significant.

Does then India lose out from high-skilled migration to the US? Albeit cautious, our answer is no. A large proportion of migrants return to India and those who stay in the US acquire skills that have a market at home, especially if they are US-educated. Many of them will not come back, but many others will: not necessarily soon after having completed their studies, but this is not at all a piece of bad news.

How can immigrant scientists give back to their homelands?