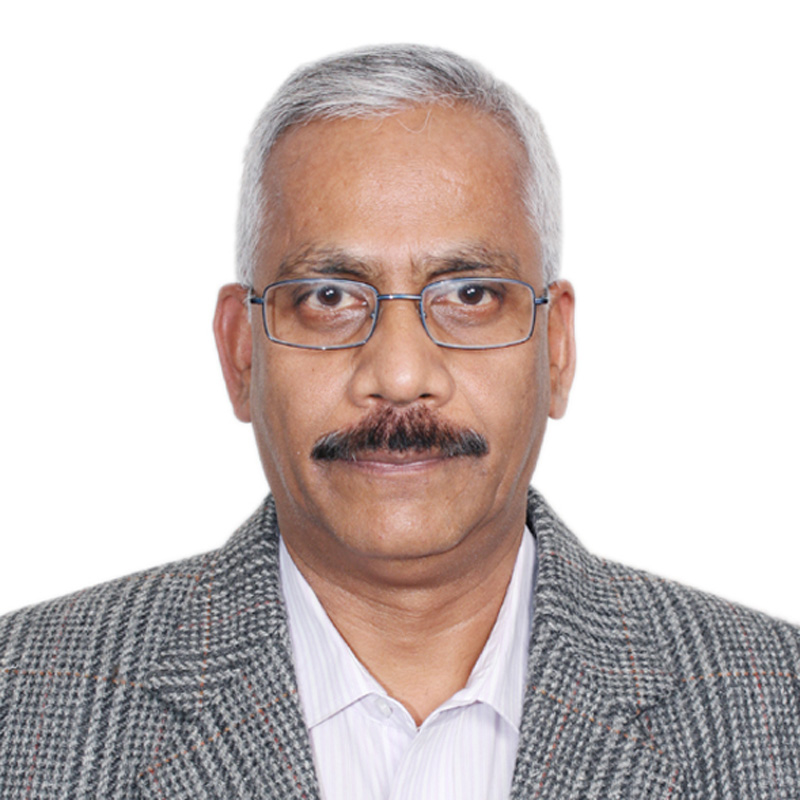 Since the 1990s liberalisation reforms, the services sector has been seen as a key driver of India’s economy. Against the backdrop of the WTO Ministerial Conference, Anil Kumar Kanungo examines the current state of India’s services trade – India’s participation in multilateral trade organisations and agreements, barriers to services trade, and opportunities and prospects for growth.

The contribution of India’s services sector1 to the Indian economy is well-recognised. With a significant share of over 50% in GDP (gross domestic product), and accounting for 36% of total exports (UNCTAD (United Nations Conference on Trade and Development), 2017), the sector has demonstrated robustness and potential over the past 15 years. Since the 1991 reforms and subsequent liberalisation, the sector has been seen as a key driver of India’s economy. Its role in integrating India with the world economy is also noteworthy, as the end of the 20th century witnessed a proliferation of BPO (business process outsourcing) firms and offshoring services activities, where India took the lead2. However, the share of services in employment in the economy, at about 25%, is quite low relative to its contribution to GDP. This is partly due to the advancement and innovation in ICT (information and communication technology) and use of artificial intelligence (AI) and machine learning, and also due to higher skill level and worker productivity involved in certain sectors such as telecommunications, banking, finance, etc. (Banga 2005). In contrast, about 53% of India’s labour force is currently engaged in agriculture, while its contribution to GDP is 15.3% for the year 2020.

The Covid-19 crisis has caused a huge setback to India’s service sector. During the first half of FY2020-21, the sector contracted by almost 16% on a year-on-year basis, led by a big slump in sub-sectors such as trade, hotels, transport, communication, and services related to broadcasting (Ministry of Finance, 2021). In the second quarter of FY2021-22, there have been some signs of recovery in some services sub-sectors. The estimated value of services export for October 2021 was US$ 20.86 billion – a positive growth of 23.5% vis-à-vis October 2020, and of about 19% vis-à-vis October 20193.

These activities can propel the economy to a higher growth trajectory as compared to the period since March 2020 when the pandemic first hit India. In the first quarter of FY2020-21, services related to trade, hotels, transport, communications, and services related to broadcasting witnessed a negative growth of 48.1%, and comparatively, during the same period in FY2021-22, these services experienced a positive growth of 24% because of relaxations in rules and regulations relating to unlocking of economic activities. This in turn indicates the rapid pace at which some areas of the services sector are bouncing back (Ministry Of Statistics and Programme Implementation, 2021).

As the quantum of services traded across the world increased around the early 1980s, the Uruguay Round of multilateral trade negotiations, for the first time, brought services trade under the ambit of the multilateral trading system. The GATS (General Agreement on Trade in Services) classified services trade into four different modes, and current world trade transactions in services are done as per these modes4.

Both types of provisions have amplified the transparency and liberalisation requirements that countries need to fulfil in order to participate in services trade. In accordance with these requirements, trade policy changes brought about by India need to be published and made available on the WTO (World Trade Organization) website. The Council of Trade in Services is to be made aware of these changes, and informed in advance, or at least annually, of the introduction of any new laws, or changes to existing laws, regulations, and administrative guidelines. WTO member countries are also required to promptly answer queries, regarding specific information requests, put to them by other member countries.

As far as commitments are concerned, developing countries such as India engage in negotiations, and undertake market access agreement, with varying degrees of restrictions, to liberalise the sectors where they believe they have core competence or comparative advantage. The GATS agreement is progressive5 in nature and was adopted in the year 2000. It allows the member countries to follow a positive list6 approach to liberalisation, as India does, and allows countries to make commitments in suitable sectors and modes.

India in the WTO

India had a jump-start in the services sector, which has been reflected in many studies7. To sustain such growth and export of services in world trade, India has, from time to time, undertaken major initiatives such as liberalising sectors such as IT and ITes (information technology-enabled services), tourism and hospitality services, transport and logistic services, etc., and making specific commitments such as in financial consultancy services, advisory services etc. India’s participation in the WTO’s ministerial conferences – the most recent being the ongoing one at Geneva between 30 November and 4 December 2021 – provided a platform to vociferously articulate its advantage in various subsectors and indicated the need to promote its market commitments especially in Modes 1 and 48. The Doha Ministerial Conference in 2001 registered such aspirational concerns of developing countries, and India in particular, for the first time, and brought them to the forefront of the negotiations.

As a prominent player of the services trade in the world economy, India is keen to push for liberal commitments in Modes 1 and 4, and in sectors such as computer services where the country has an export interest. The motive of Indian government is quite clear – to steer the liberalisation process and the negotiation at WTO in a firm and effective manner. Considering the stalled negotiations in services at a multilateral level in the WTO, India has fostered regional linkages in services, investment, and trade facilitation. India has signed bilateral agreements covering services with the Association of Southeast Asian Nations (ASEAN), Malaysia, Japan, Republic of Korea, and Singapore. India is also negotiating bilateral agreements, which will encompass services, with countries such as Canada, New Zealand, and Australia, and regional blocs such as the EU. India is also a part of the Regional Comprehensive Economic Partnership (RCEP) negotiations9. These commitments are positioned in a better manner than the revised offers10 submitted during the Doha round of negotiations.

Recently, India’s trade in services has been slow due to factors such as the deadlock in services negotiations; developed countries’ agenda to push agricultural negotiations, and NAMA (Non-Agricultural Market Access), which are primarily industrial or manufacturing sectors; and issue of environment and climate change to an extent.

Considering that the long-drawn Doha round of WTO negotiations did not yield any results, with no immediate gain in sight, several countries floated the idea of a plurilateral agreement to reduce barriers to trade in services. Significant member countries agreed to form a workable alternative to GATS, which came to be known as the Trade in Services Agreement (TiSA). The objective of the TiSA is to strengthen rules and improve market access for trade in services. The intention behind this agreement is to negotiate between parties, to address discriminatory barriers to cross-border trade in services, and to provide a more predictable investment environment for service suppliers. India has not yet signed this agreement as it feels it will lose its capacity and strategic advantage in negotiations (Mukherjee and Kapoor 2017).

There are significant barriers to India’s services sector in terms of market access and exports. Such barriers are largely in the form of non-tariff barriers and regulations. Modes 1 and 4, where India has demonstrated its competitive advantage, are currently facing such barriers. Market access, national treatment and regulations are viewed as significant barriers in services. Stringent regulations such as work permit and visa requirements, or licensing conditions can act as regulatory barriers which are imposed by USA and EU countries. These issues should be negotiated in the upcoming ministerial conference.

Given the significant interest India has in services trade, a proposal of this nature would help gauge the costs that can be reduced to make our service providers even more competitive at the global level. However, no definite mechanism has been identified to measure the precise real costs to arrive at exact competitiveness and this still requires discussion. Certain international experts consider India to be a country that may delay or stall trade agreements, as all its sectors in services do not have a competitive advantage (UN, 2007). The issue under debate here is that the nature and scope of the TFS is not yet very clear to India.

India’s potential in the services sector looks promising. As services trade in the current era of the digital economy requires application and advancement of technology, the Indian government is taking initiative in employing AI and machine learning (NITI Aayog, 2021), as the key support system to drive services trade11.

Given India’s long-established core competence in the IT and ITes sectors, the country should portray itself as a harbinger of trade liberalisation in services. The role of the WTO in such an effort is crucial. India expects the WTO to play an effective role in regaining confidence and trust among developed and developing countries. It is imperative for services sector reforms and liberalisation to continue, and like-minded member countries could also engage in fostering such a consensus among other member countries.

In the WTO, proposals are valid only if they have the consensus and support of the WTO members. In order to garner such support, there is a need to collect data and information, and conduct background research on services sector in India. Countries like the US, Canada, and Singapore have large databases for services trade, whereas India still lacks such facilities. India is still developing a framework and process for the collection of services trade statistics, and as of now, there is no bilateral services trade data available in the public domain. India also does not have a comprehensive database or business directory for its own service providers engaged in international trade.

Overall, the Indian government should work closely with and support their counterparts in different regions and countries, who have shared their interests in the services trade sector. It is also important that different ministries in the Indian government coordinate to implement domestic reforms effectively, such as the removal of market access barriers in key services sectors like financial, retail, banking, insurance, etc. Currently, different states have different slabs or rates of taxation as the GST (goods and services tax) is still in the process of complete uniformity and formalisation in the Indian economy. The rationalisation of taxation policy, especially in a federal structure like India, needs to be justified for the future growth of services trade.