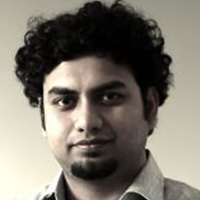 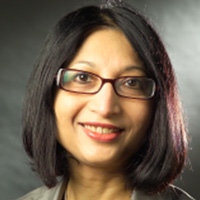 Awareness-based TV programmes, such as Satya Mev Jayate hosted by Bollywood film personality Aamir Khan, aim to change deep-seated prejudices of the society. To what extent do such programmes influence behaviour? This column seeks to answer this question by examining results from an experiment relating to caste attitudes of students from private business schools in New Delhi.

Economists have traditionally relied on price-based monetary interventions to change behaviours. For instance, tax on cigarettes is considered an important instrument to discourage smoking. However, human behaviour is significantly influenced by non-monetary mechanisms as well, such as social norms, moral appropriateness, contagions etc.

Public awareness campaigns can potentially be an important non-monetary instrument with which behaviour can be influenced. They have been widely used in the recent past in a number of contexts – for example, the anti-corruption movement started by Anna Hazare and later taken up by the Aam Admi Party (AAP), Beti Bachao1 campaign launched by the civil society and local governments after the December 2012 rape incident, and Swachh Bharat Abhiyan2 launched by the incumbent government at the centre. Whether or not such campaigns help achieve their goal is a question that is open to empirical analysis.

Although there are not too many studies looking at specifically designed interventions aimed at reducing prejudice, in a recent study, Dhar et al. (2014) attempt to do so in the context of gender attitudes in the state of Haryana in India.

We examine whether caste-driven discriminatory attitudes can be changed using TV-based awareness programmes (Banerjee and Datta Gupta 2014, later published as Banerjee and Datta Gupta 2015). We analyse implicit attitudes related to caste for a group of potential future Indian employers – the MBA students of two prestigious private business schools in Delhi. We test whether such attitudes, as reflected in a direct way by hiring preferences, can be affected through public awareness campaigns. Our study will help in understanding whether public campaigns can shape behaviour, both in the context of individuals and also situations where the objective is to change deep-seated prejudices of the society in general.

Assessing the effectiveness of any policy aimed at changing attitudes is always difficult as participants may or may not be willing to reveal their true attitudes. We measure implicit prejudice through a psychometric test called Implicit Association Test (IAT) (Greenwald et al. 2003). An IAT is a widely used computer-based tool designed to capture the automatic preferences of individuals, vis-à-vis social groups, products or identity. It detects the strength of automatic association between different ideas and concepts and takes into account not only the associations, but also the time taken to make categorisations. The idea is that a respondent will match faster, items that they associate more strongly (Dhar et al. 2014). For example, if a respondent associates ‘Low caste’ more strongly with ‘Bad’ (rather than with ‘Good’), he/ she will be able to match the two faster. Thus, such respondents will be able to identify and categorise items faster in a condition in which items represent ‘Low caste’ and ‘Bad’ than in which items representing ‘Low caste’ and ‘Good’. The test computes scores by calculating the difference in speed of association between the two sorting conditions.

The advantage of using IAT-based measure of prejudice is that the subjects cannot deliberately manipulate their responses in the test. Although extensively used in psychology, IAT has only recently been used in other disciplines such as economics (see for instance, Beaman at al. 2009, Barnhardt 2009).

The experiment was conducted in two phases. In Phase 1, we randomly assigned 59 MBA students3 into one of the two treatment (intervention) groups. The two treatment groups differ in the content of the video they watch. One group (comprising 29 students) is shown parts of a widely watched reality TV show – Satya Meva Jayate (SMJ), hosted by famous Bollywood film personality Amir Khan. SMJ deals with a socially relevant issue in each episode. The episode used for the experiment was “Dignity for All” - it delivered a strong message against caste-based discriminatory behaviours and highlighted the ills of social segmentation and exclusion. In order to have a neutral frame of reference, the other group (comprising 30 students) was made to watch an episode from the Tom and Jerry cartoon series

MBA students are an interesting subject pool for this sort of experiment as they are geared mainly towards the private corporate sector where there is no caste-based reservation. The overwhelmingly upper caste and financially well off students in our sample perceive themselves to be neutral and unbiased with regard to castes but largely resist affirmative action on efficiency grounds.

Since the IAT measures implicit automatic deep-seated biases, there is concern that simply being exposed to one episode of a TV show may only induce a potentially spurious or short-term change in the individuals. We test the longer-run effect of the awareness programme by asking the MBA students from the SMJ group to retake the test three months later, but without watching the relevant episode of SMJ again. Of the 29 students that were in the SMJ group in Phase 1 25 retook the test in Phase 24.

The results of the experiment for MBA students in both the groups show an implicit preference for the upper caste. However, the average IAT of the group that watched the cartoon (-2.26) is lower than that of the group that watched the awareness-based show (-1.4). This implies that the group that watched SMJ is more positively inclined towards the “Scheduled Caste”. The magnitude of the difference is nearly that of one IAT level. The difference persists after accounting for factors such as age, academic achievement, whether previously watched the show or not etc. The data further suggests that IAT levels for those who had watched the show before was similar to those who had not, indicating that it is not a “superstar effect” – rather the effect comes from the content of the programme. In psychology, attaching higher credibility to a celebrity endorsement, for instance, is a type of cognitive bias. Such effects, however, decline with repeated exposure.

We find that a TV programme aimed at sensitising the society with respect to the ills of caste-based discrimination has a significant effect on caste-based automatic prejudice among potential employers in the private sector in India. There is also some evidence, though not very strong, that the effects persist over time. It is unlikely that the effect came from the fact that the programme was hosted by a celebrity as the effect was observed both for those who had watched the show before and that who had not. It is more likely that the effect came from the content of the awareness programme – the message it carried. Perhaps suggestions that icons can help transform social norms (Ray 2013) have more bite in so far as the reach of social campaigns is concerned, rather than in terms of the impact that the campaign has on the people reached. In all, our study suggests that awareness programmes can play a potentially powerful role in reducing such deep-seated biases.