Does affirmative action reduce productivity? The case of Indian Railways 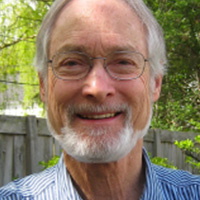 Affirmative action (AA) encompasses public policy measures designed to reduce the marginalisation of members of groups that have historically suffered discrimination, exclusion, or worse. India has not only the longest history of AA policies but also the most comprehensive system of AA, reaching far more people than all such policies elsewhere in the world. The most prominent form of AA is ‘reservations’ or quotas for the Scheduled Castes (SCs) or Dalits, and the Scheduled Tribes (STs) or Adivasis. Together, 22.5% of all seats in central-government-supported higher educational institutions, public sector jobs and elected positions are reserved for these groups1.

Criticism of AA policies in India is much the same as in most other countries where such policies have been implemented. It is argued that these policies conflict with considerations of merit because less qualified candidates are selected in place of more qualified candidates, and hence, poorer academic performance and poorer quality of work on the job is to be expected from AA beneficiaries. Some critics have even suggested that the failure to allocate key jobs on a strictly meritocratic basis has resulted in serious injuries, as well as gross inefficiency. For example, in “Job Reservation in Railways and Accidents,” (Indian Express, September 1990), it is charged that the frequency of Indian railway accidents would likely increase because reservation policies result in a larger proportion of less competent railway officials and lower overall staff morale. But advocates of AA – in India and elsewhere – argue that hiring is otherwise often far from truly meritocratic, and that workforce diversity may actually generate efficiency gains as individuals from diverse backgrounds bring complementary skills to an organisation2.

Assessing effects of affirmative action on efficiency in Indian Railways

To shed light on this debate, we focus on the world’s largest employer subject to AA – the Indian Railways (IR), with roughly a million and a half employees – in an effort to assess the effects of job reservations for SC/ STs on productive efficiency. In the United States, where AA in hiring has been practiced in many industries since the 1960s, a variety of studies of this kind have been carried out. In developing countries, however, such studies are very few in number. The only studies assessing the impact of AA in India focus either on electoral representation, or on higher education. To our knowledge there has not yet been any systematic quantitative study of the effect of job quotas on enterprise efficiency.

For our study of the IR, we first compiled data from various annual reports on productive inputs (labour, capital and fuels) and outputs (passenger kilometers, and freight tonne kilometers), distinguishing SC/ ST employees from non-SC/ST employees at different job levels, for eight regional railway zones from 1980 through 2002. Using the employment data we then constructed variables representing the SC/ ST percentage of IR employees (SCST%), first for all employees and then for high-level employees only. The Indian Railways, like all departments of the government, hire workers in four different labour categories: categories A and B are the top two tiers of employees, comprising administrative officers and professional workers; category C includes semi-skilled and clerical staff; and category D includes relatively unskilled attendants, peons and cleaning staff. We consider the SCST% in A+B category jobs to be the better indicator of the effect of AA on IR operations, because almost all SC/ ST employees in high-level positions are AA beneficiaries – they would not have been able to reach such positions in the absence of India’s reservation policies.

Our approach to analysing the effect of reservations on productivity in the IR is as follows. Using two different econometric techniques – production function analysis and data envelopment analysis3 - we estimate total factor productivity (TFP) for each zone in each year; and then, in a number of ways, we assess whether the proportion of reserved category employees (in total, and in high-level jobs) could possibly account for the variation in productivity across zones and across years4.

Greater proportion of lower-caste employees in top-tier jobs improves efficiency, in some cases

Our finding of such positive associations in the case of SC/ ST employees in A and B jobs is especially relevant to debates about the effects of AA, for two reasons. First, the efficacy with which high-level managerial and decision-making jobs are carried out is likely to have a considerably bigger impact on overall productivity than the efficacy with which lower-level semi-skilled and unskilled jobs are fulfilled. Thus, critics of AA are likely to be much more concerned about the potentially adverse effects of favouring SC/ ST candidates for A and B jobs than for C and D jobs. Second, it is precisely in the A and B jobs – far more than in C and D jobs – that reservations have been indispensable for raising the proportion of SC/ ST employees. Even without reservations, one would expect substantial numbers of SC/ ST applicants to be hired into C and D jobs; but without reservations very few SC/ ST applicants would have been able to attain jobs at the A and B level.

Our results are consistent with those of productivity studies in the United States. In a survey of US research in this area, Holzer and Neumark (2000) concluded: "There is some evidence of lower qualifications for minorities hired under affirmative action programs…" but "Evidence of lower performance among these minorities appears much less consistently or convincingly…". Our results for the IR are stronger, however, in that we do find some suggestive evidence that AA at the upper levels of the job market may actually contribute to greater productivity.

How could AA have this effect? One possible reason is job market discrimination: hiring practices are often far from meritocratic in the absence of AA; the capabilities of applicants from the lower castes are not fully recognised. Indeed, in a study of the highly-skilled private sector job market in the modern, urban Indian context (often assumed to be among the most meritocratic), Deshpande and Newman (2007) show how caste and religious affiliations of job applicants shape employers’ beliefs about their intrinsic merit. This confirms the findings of other studies that uncover how employers discriminate in job markets based on social identities, and that hiring and salary offers are not always made based on merit, or ‘what you know’, but on social identities, networks, and ‘who you know’ (for instance, Bertrand and Mullainathan 2004, Pager and Western 2005, Thorat and Attewell 2007, Siddique 2008, Jodhka and Newman 2007). Thus, AA can redress the negative effects of discrimination.

Our findings of an improvement in economic performance due to AA can also be explained in other ways. Individuals from marginalised groups may well be highly motivated to perform well when they attain decision-making and managerial positions, because of the fact that they have reached these positions in the face of claims that they are not sufficiently capable, and they may consequently have a strong desire to prove their detractors wrong. Or such individuals may simply believe that they have to work doubly hard to prove that they are just as good as their peers, so they may actually work harder. To have greater numbers of managers and professionals from disadvantaged groups working in high-level positions might increase productivity because their backgrounds make them more effective in supervising and motivating other workers from their own communities. Finally, as Page (2007) has shown, improvements in organisational productivity may result from the greater diversity of talents and perspectives made possible by the integration of more members of marginalised groups into high-level decision-making teams.

hello I am quite a novice to how research is done and while searching caste system and the system of reservations, I ended up on this site. I read the article but didn't see any data points where you have shown how you have come to the conclusion that hiring people with less merit doesn't decrease the efficiency. I mean i get the ideas but there must have been some survey done and data collected which shows this? any idea where can one can read it? or do we have to purchase the research?