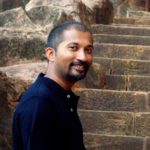 The International Growth Centre – in collaboration with the Asian Development Research Institute (ADRI), the Gender Resource Centre (GRC), the Women Development Corporation of the Government of Bihar, and the Centre for Catalyzing Change (C3) – organised a panel discussion on Gender and Education in Patna in December 2019.

Education is generally perceived as a key indicator for understanding the status of women, and more importantly, as an agent for their empowerment. For the last couple of decades, the Government of India – through its welfare policies – has achieved enormous success in universal school enrolment and educational attainment. However, gender gaps still exist in education. To deliberate the issue – the International Growth Centre, in collaboration with the Asian Development Research Institute (ADRI), the Gender Resource Centre (GRC), the Women Development Corporation of the Government of Bihar, and the Centre for Catalyzing Change (C3) – organised a panel discussion on Gender and Education in Patna in December 2019.

Abhiroop Mukhopadhay set the context by saying that the issue of gender and education should be understood in a more tangible manner, and he highlighted some key facts on gender and education in India. As per the National Sample Survey (NSS) 72nd Round (2014-15), the gender gap in formal education is different across age groups. For the age group 19-23 years, the proportion of males accessing formal education is relatively higher than females. At higher education level, mostly boys opt for engineering courses in both rural and urban India, because of labour-market returns and choices. For girls in the age group of 12-23, the major reason for not enrolling in formal education is that maximum number of girls are engaged in domestic activities. In addition, marriage is one of the reasons for not enrolling in formal education, especially for girls in the age group of 17-23. It is crucial to look at these gaps in educational levels, across different age groups under different settings (rural vs. urban).

What are the factors that can improve the girl child’s educational attainment?

Zakir Hussain argued that the factors that determine educational attainment and the decision to keep a child in school, can be divided into three groups: personal factors that include household traits such as expenditure and socio-religious identity, community-level factors, and infrastructural factors. If one looks at parental education, on which there is a great deal of literature, it is found that as the child progresses, the impact of parental education seems to decline. That means if the child is robust, there is a potential that they can overcome the initial difficulties, such as, gender gap and the gap due to socio-religious disparities. If one looks at the NSSO data of the most recent cohorts in urban areas, it show that girls have outperformed boys, and actually have a higher marginal probability of completing schooling. Mukhopadhyay then mentioned that the enrolment rate for girls at the higher education level are relatively low as compared to primary levels. So, the women who are enrolled in secondary levels are the selected ones, who despite several socioeconomic problems, manage to get enrolled largely in terms of their ability. Therefore, this selected set of girls perform better than boys at higher levels.

Ashmita Gupta argued that there has been an increase in inequality in education, based on her ongoing research. Historically, in India, different districts have had different industries. She used the widespread liberalisation measure at the industry level to see the district-level educational outcomes. She found that girls disproportionately bear the burden of any negative income shock to the household at the primary level. There are dropouts for both males and females from formal education, but females drop out more. If they both manage to finish primary school, males have a higher probability of going on and finishing secondary school, and given both finish secondary school, again the males have a higher probability of going on and finishing college. At the same time, she finds that, out of males and females who have finished secondary school, females have performed better. So, when one looks at the primary level of education, it is family income that matters, but if the households have a given threshold of income, then they do more of a cost-benefit analysis while investing in their girls’ education. At a higher level, it is the returns that matter the most. Gupta also stated that for very poor households in India, girls disproportionately drop out as they get more engaged in domestic work. On analysing the kinds of jobs that women get to do, she finds that, although there is a lack of data on high-skilled jobs in India, it is possibly more equally open to females, but when it comes to middle-level jobs, a lot of literature talks about defeminisation. So, women are going into very low-skilled jobs and probably very high-skilled jobs, but they are missing in the mid-level jobs, and this is also probably echoed in the way they are getting educated.

Lakshmi Narasimhan Gadiraju remarked that with the amendment of Child Labour Act (1986) in 2016, there is a total ban of children working till the age of 14, but there is a lack of data for analysing the gendered impact of the Act. The amended Act does permit children to work in the home, which draws a thin line between what exactly constitutes home-based work for own consumption, and production to make an income. To think about this issue from a gendered lens, there is practically no data available to analyse.

He also gave a brief background to the ILO (International Labour Organization) convention ratifications that have happened in 2017. One of them is Convention 138, which is about the minimum age for entry into employment. This age is 14 years in India, which is the age of the completion of compulsory education in the country. Having ratified this, the government now needs to report to the ILO after three years, which essentially means there have to be some systematic changes in our policy frameworks and their implementation. The other one is Convention 182, which talks about prevention and elimination of hazardous forms of work. Now, having ratified this, steps need to be taken to move towards total adherence to these conventions, because ratifying is one thing but adhering in practice is quite another. One recent amendment of the Act has brought adolescents under its purview, which essentially means that now we need to deal with a new age segment, which is a major challenge. She remarks that, by and large, we have seen that child labour is going down in this country, and there has been tremendous progress already, but still, there is a long way to go. He also stated that many people are not aware of the legal provisions. So, there is a need for awareness campaigns, which can be helpful in addressing this issue effectively. Mukhopadhyay then mentioned that Child labour Act has the potential to not only bring boys into school, but the girls as well. This Act is not only gender-neutral, but can also be looked in a pro-woman sense.

Lessons from other countries: The case of Bangladesh

Anu Rammohan highlighted that Bangladesh has been performing consistently better than India in gender outcomes. She explained how microcredit, through the establishment of the Grameen Bank in Bangladesh, has actually empowered women, and allowed them to have a voice to participate in their economic outcomes. Also, with the introduction of cash transfers to parents for the girl child, the country has achieved nearly universal primary school enrolment for girls; in secondary schooling, girls have outperformed boys. Rammohan also talked about female labour force participation (FLFP). The FLFP rate is 57% in Bangladesh – much higher than that of India (27%). However, in terms of some indicators such as child marriage, India performs better than Bangladesh.

Mukhopadhyay then questioned Rammohan on whether she thinks that the garment industry or similar sectors in Bangladesh have been able to take advantage of the education of women. Rammohan answered that education is probably allowing women to participate in the labour market in a relatively safe environment, because many of these garment industries are exporting to western countries, where there might be stricter child labour laws; so, it might be that their rights are better protected, although there had been a massive fire in one of the garment factories. It is possible that these are some of the factors that are allowing parents to at least value women’s education. Raghabendra Chattopadhyay mentioned that the explosion of education in Bangladesh was preceded by that of the garment industry by 10-15 years, which brought a large number of women into Dhaka, and created the ground that gave women a degree of freedom.

Chattopadhyay explained that in India, the space provided to women to act upon has always been narrow. He gave the background of his study conducted many years ago in West Bengal with Esther Duflo, which looked into the impact of a path-breaking step undertaken by the rural development department of the Government of India: not just one-third seats in village Panchayats had begun to be reserved for women, but the Panchayat department had also randomised the lists to identify the first set of Panchayats that would have women as leaders. Their study showed that for the villages who were under a woman’s leadership for a second time, there were no differences in the gender attitude of villagers, but there was a very distinct change in the gender attitude in villages where women were elected third time as leaders of the Panchayat. These findings implied that in the patriarchal male-dominated society, getting a space for women is a long-drawn process. The study also showed that women leaders had invested more in infrastructure that is directly relevant to the needs of rural women, while men leaders invested more in education.

Mukhopadhyay then pointed to a complementary model of pro-women policies being implemented at the state-central level. Bihar is a great example for quite a few such policies. For instance, their bicycle scheme is backed by a bureaucracy and political system that really wanted it to work. It can be implemented in many states of India, but it will not work if there is no support from bureaucracy or the political apparatus. And it is possible in states where typically, state governments stay in power for long. So, again it seems that it is a long drawn-out process for political processes to change.