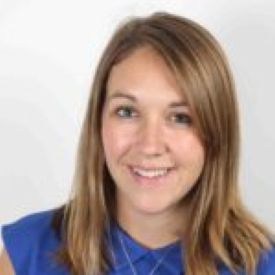 In September 2019, the International Growth Centre (IGC) organised a panel discussion in New Delhi to bring together experts to deliberate on the evidence around the causes of low female labour force participation, the drivers of rural-urban migration, and policy opportunities for skills development and the creation of ‘good’ jobs in India. The panellists included Farzana Afridi (Indian Statistical Institute), Clément Imbert (University of Warwick), Purva Khera (International Monetary Fund), and Subhalakshmi Nandi (International Center for Research on Women). The session was chaired by Yamini Atmavilas (Bill & Melinda Gates Foundation). 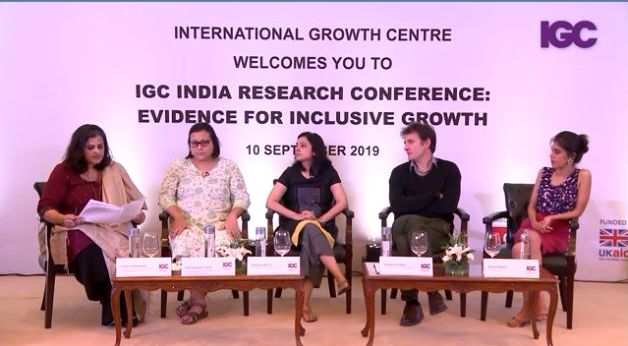 India has one of the youngest populations in an ageing world. By 2020, the median age in the country will be 28 (compared to 37 in China and 45 in Western Europe). Nearly two-thirds of the Indian populace are of working age (between 15 and 64). The question is: will India be able to reap benefits of this ‘demographic dividend’ and fulfil the aspirations of its people, or will this turn into a ‘demographic burden’?

India’s formal unemployment rate rose to a 45-year high of 6.1% in 2017-18, compared to around 2% in 2011-12. But the more systemic problem is that 81% of the workforce is employed informally in low-paying, irregular work. One of the most pressing challenges facing India’s economy is, therefore, to create more productive white-collar jobs, faster.

The extremely low rates of workforce participation among women – constituting one half of India’s youth – is a matter of grave concern. The female labour force participation (FLFP) rate has been stagnant at around 20% in urban areas, and has in fact declined in rural areas from 52% to 38% during 1987-2011. India’s FLFP trends are puzzling given the rapid fertility transition, increases in women’s educational attainment, and substantial economic growth over recent decades; conditions that are expected to enhance FLFP. This is also in sharp contrast with increases in FLFP globally, especially in other developing countries during the same period.

In September 2019, the International Growth Centre (IGC) organised a panel discussion in New Delhi to bring together experts to deliberate on the evidence around the causes of low FLFP, the drivers of rural-urban migration, and policy opportunities for skills development and the creation of ‘good’ jobs in India.

Setting the context, session chair Yamini Atmavilas (Lead for Gender Equality, India Country Office, Bill & Melinda Gates Foundation) said that while India’s FLFP rates are among the lowest in the world coupled with a declining trend, there have also been some interesting increases in regular work and self-employment. There is therefore a trend of a lot of aspiration for work and work participation – although largely in the informal sector. On the demographic dividend, she remarked that it no longer holds in states such as Kerala and Tamil Nadu where fertility is falling; in larger states such as Bihar, Jharkhand and Madhya Pradesh where there is high fertility and sizeable populations, the ‘youth bulge’ can be kept alive for another 15-20 years. Hence, it is important to bear in mind that these demographic shifts are spatially organised and we need to understand the state contexts to design appropriate policy recommendations for particular geographies.

Purva Khera (Economist, International Monetary Fund) presented her work on the macroeconomic implications of gender equality and informality in India. The key question addressed by Khera was: which policies are needed to improve labour market outcomes of females in India, while also contributing to aggregate economic activity? In terms of women’s economic participation, the considerations are not only the rates of participation but also the quality of employment and gender-wage-gaps. With regard to macroeconomic impact, the analysis looks at gross domestic product (GDP), unemployment, and the share of the formal versus the informal economy.

The contribution of her research involves setting up of a comprehensive economic model comprising the formal and informal sectors, and female and male workers. There are demand and supply constraints on FLFP, and the formal sector is characterised by stringent labour regulations. She tests the impact of three policy scenarios: (1) gender-targeted policies to increase female safety, (2) less stringent regulations in the formal labour market, and (3) a combination of the two. In the model, option 1 translates into a 10% higher likelihood of females choosing work over staying at home. Although FLFP increases, women are mostly employed informally in lower paying jobs; due to the high regulatory costs in the formal sector, we do not see sufficient job creation to absorb the increase in female workers. Looking at the impact of policy option 2, it translates into 10% lower costs for formal sector firms to hire or fire workers and consequently into more formal job creation. However, men gain more than women because of the supply and demand constraints faced by women in the labour market. Combining the two policies, we find that FLFP increases and more females are able to find formal employment, along with men. Incomes and consumption rises, and GDP increases by a lot more under this scenario.

Khera concludes by saying that women’s economic inclusion needs a holistic strategy: gender-based reforms should be implemented in tandem with labour-market reforms. Policies should first target getting women outside the house and participating in the labour market, and at the same time ensure that there are enough formal jobs for them to be employed.

Drawing upon her extensive research on the subject, Farzana Afridi (Associate Professor of Economics, Indian Statistical Institute) spoke on what it would take to raise women’s participation in the Indian economy. Looking at the U-shaped relationship across countries between per capita GDP and FLFP, she highlighted that India is an outlier: FLFP is much lower than it should be for the level of its per capita GDP. While the common view is that increasing women’s education improves FLFP, India is an outlier. The country’s FLFP is lower than that of others with similar levels of educational attainment of women. National Sample Survey (NSS) data show that in recent decades, India’s FLFP has stagnated in urban areas and has been declining in rural areas, particularly among married women. Time-use surveys show that this demographic group is spending more and more time on domestic work. There are also large gender gaps in time spent on market and domestic work: while women are spending up to 50 hours per week on domestic work, the corresponding figure for men is almost zero.

Afridi emphasised the importance of cultural norms underlying the traditional role of women and men, in explaining the declining FLFP. These norms lead to non-substitutability between female and male labour in domestic production activities, and higher elasticity of women’s market work relative to men’s. While we chip away at sticky norms, improving technology in home production may help release some of the time spent by women on domestic work. Afridi presented preliminary results from her ongoing randomised controlled trial (RCT) in Madhya Pradesh on raising awareness regarding the health benefits of using solid fuel for cooking. Having an LPG connection reduces the time spent by women on domestic work (cooking and fuel collection) and releases time for market work, especially for destitute women.

Turning to demand-side constraints, she contended that increasing women’s education may potentially make more work options accessible to them, although it also increases their productivity at home. Hence, returns in the labour market have to be higher than those from domestic work for women to engage in market work. Ongoing qualitative work in Delhi’s industrial areas suggests that most women do not want to work in factories. The key reasons for this are the poor regulation of labour standards and legal redressal mechanisms for female factory workers, and the absence of the principle of equal remuneration for the same work. Women lack skills and they are most often working in the lowest paying jobs within factories. As work opportunities in agriculture shrink, it is important to create decent jobs with fair pay and work conditions in the manufacturing sector for women.

Clément Imbert (Assistant Professor of Economics, University of Warwick) presented his work on gender, labour markets, and migration. At the outset, he highlighted the issue of a lack of availability of national representative data on employment, labour markets, and migration in India. There is not a lot of difference of overall labour force participation of females (as well as males) across rural and urban areas in 2011-12. However, the type of work varies: rural women are involved with a lot of self-employment and casual labour whereas for urban women it is mainly salaried, more formal work. This broadly holds true for men as well, except that their levels of participation for each type of work are higher than that of women. Notably, the participation of women and men in the public works programme, Mahatma Gandhi National Rural Employment Guarantee Scheme (MNREGS) is almost equal.

Turning to migration, he said that the rates are higher for women than men, particularly in rural areas. Women mainly migrate for marriage and these women are generally not a part of the labour force. In this context, Imbert mentioned the Deen Dayal Upadhyaya Grameen Kaushalya Yojana (DDUGKY), a large-scale programme that aims to get young unskilled rural workers – especially women – into formal employment in urban areas.

Imbert discussed his own study (with Apurav Bhatia and Roland Rathelot) in Odisha, in partnership with the state government. The researchers surveyed all trainees of a given training provider and found that 25-50% of them are still in the job that they are placed in after 12 months. He notes that women value these jobs more and stay in them longer, even though it is not the case that they are placed into better jobs. This might be because women have access to fewer work opportunities and are less able to migrate for formal employment – something that holds true for the labour market more generally as well.

Subhalakshmi Nandi (Director of Policy Analysis, International Center for Research on Women (ICRW)) sat as a discussant on the panel and put forward her reflections as a researcher and practitioner. She identified three main cross-cutting themes emerging from the presentations:

Nandi focused on specific areas for policy recommendations in her concluding remarks. This included considerations of what it means to effectively promote self-employment, how women can be better included in the agricultural sector, and the importance of developing a deeper understanding of migration patterns to inform policies that ensure safety and security. She particularly highlighted that the enabling ecosystem, beyond labour market solutions, needs to be improved such that public services and social protection function effectively, better enabling women to join the workforce.

In the final remarks, Yamini Atmavilas added to the discussion. She highlighted the need to both diagnose the problems and consider solutions to address them, including moving away from broad universal policies to solutions that will address micro-issues directly. She pointed to a number of important themes arising from the presentations:

In conclusion, Atmavilas noted the pressing need for more data and research to build a more comprehensive understanding of women and the labour market.