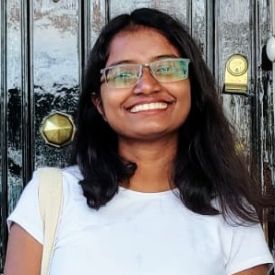 Since the onset of the Covid-19 pandemic, several reports have indicated a worsening of mental health issues among individuals across age groups. In this post, Michele Mary Bernadine examines the state of mental health in India, the cost of the mental health crisis to the economy, and the extent to which legislation and existing State capacity is equipped to address this crisis,

In 2017, the President of India, Ram Nath Kovind asserted that India was “facing a possible mental health epidemic”. A study revealed that in the same year, 14% of India’s population suffered from mental health ailments, including 45.7 million suffering from depressive disorders and 49 million from anxiety disorders. The Covid-19 pandemic has further accentuated this mental health crisis, with reports from across the world suggesting that the Virus and associated lockdowns were having a significant impact on the population – particularly younger individuals.

The state of mental health in India

A study by the India State-Level Disease Burden Initiative showed that the disease burden in India due to mental disorders increased from 2.5% in 1990 to 4.7% in 2017 in terms of DALYs1 (disability-adjusted life years), and was the leading contributor to YLDs (years lived with disability) contributing to 14.5% of all YLDs in the country (India State-Level Disease Burden Initiative, 2017). The prevalence of depression and anxiety disorders, as well as eating disorders, was found to be significantly higher among women. The association between depression and death by suicide was also found to be higher among women.

In India, having a mental health disorder is perceived with a sense of judgement and there is stigma associated with those having mental health issues (The Live Love Laugh Foundation, 2018). Mental disorders are also considered as being a consequence of a lack of self-discipline and willpower. The stigma associated with mental health as well as lack of access, affordability, and awareness lead to significant gaps in treatment. The National Mental Health Survey (NMHS), 2015-16 found that nearly 80% of those suffering from mental disorders did not receive treatment for over a year. This survey also identified large treatment gaps in mental healthcare,  ranging from 28% to 83% across different mental disorders (National Institute of Mental Health and Neuro-Sciences (NIMHANS), 2016).

Mental disorders place a considerable economic burden on those suffering from them – the NMHS (2015-16) revealed that the median out-of-pocket expenditure by families on treatment and travel to access care was Rs. 1,000-1,500 per month. Discussions with respondents also revealed that expenditure incurred on treatment of mental disorders often drove families to economic hardship. This burden was more pronounced in the case of middle-aged individuals – who were also most affected by mental disorders – as it affects their productivity thereby amplifying the burden not just on the individual, but also the economy.

The World Health Organization (WHO) estimates the economic loss to India on account of mental health disorders to be US$ 1.03 trillion. The NMHS also found that mental health disorders disproportionately affect households with lower income, less education, and lower employment. These vulnerable groups are faced with financial limitations due to their socioeconomic conditions, made worse by the limited resources available for treatment. Lack of State services and insurance coverage results in most expenses on treatment – when sought – being out-of-pocket expenses, thus worsening the economic strain on the poor and vulnerable.

The Mental Healthcare Act, 2017 makes several provisions to improve the state of mental health in India. This Act rescinds the Mental Healthcare Act, 1987 which was criticised for failing to recognise the rights and agency of those with mental illness (Mishra and Galhotra 2018). This includes stating access to mental healthcare as a ‘right’; and instituting Central and State Mental Health Authorities (SMHA), which would focus on building robust infrastructure including registration of mental health practitioners and implementing service-delivery norms. Although the Act required states to set up an SMHA in nine months of the Act being passed, as of 2019, only 19 out of 28 states had constituted an SMHA.

The National Mental Health Programme (NMHP)2 was introduced in 1982, in keeping with the WHO’s recommendations, to provide mental health services as part of the general healthcare system. Although the programme has been successful in improving mental healthcare access at the community level, resource constraints and insufficient infrastructure have limited its impact (Gupta and Sagar 2018).

As of 2021, only a few states included a separate line item in their budgets towards mental health infrastructure.3 After the passing of the Act in 2017, budget estimates for the NMHP increased from Rs. 3.5 million in 2017-18 to Rs. 5 million in 2018-19. However, this figure was reduced to Rs. 4 million in 2019-20 and has remained at the same level in subsequent years – even 2021-22 where several reports have indicated the worsening of mental health issues during the Covid-19 pandemic.

A survey by the Indian Psychiatry Society indicated that 20% more people suffered from poor mental health since the beginning of the Covid-19 pandemic. Emerging evidence indicates that during the Covid-19 pandemic, women exhibit relatively higher levels of psychological stress among the urban poor (Afridi et al. 2020), and households with migrant workers in rural areas – who were acutely affected by the lockdown restrictions – show higher incidence of mental health issues relative to those without migrants (Sarin et al. 2021). Students were also severely affected by the lockdowns as it required adapting to a new learning medium and environment, as well as increased concerns about future prospects. To provide psychosocial support to students during the pandemic, the government introduced an online platform, ‘Manodarpan’ – with an interactive online chat option, a directory of mental health professionals, and a helpline number.

Developed countries allocate 5-18% of their annual healthcare budget on mental health, while India allocates roughly 0.05% (Organization for Economic Co-operation and Development, 2014). In 2018 and 2019, the annual budget also accounted for expenditure on the National Institute of Mental Health Rehabilitation. The institute was sanctioned in 2018 with the aim of capacity-building in terms of human resources and research in the area of mental health. Additionally, the government annually allocates funds to the Lokopriya Gopinath Bordoloi Regional Institute of Mental Health and NIMHANS – both under the Ministry of Health and Family Welfare. Although NIMHANS pledges to provide affordable and accessible mental healthcare to all those who require it, these efforts are regionally isolated as NIMHANS operates out of a single city (Bengaluru). Initiatives such as the NIMHANS Centre for Well Being – which provides affordable counselling sessions from trained professionals – would be a huge boon if expanded to more regions across the country but as it stands, its impact is limited to an urban metro.

The Economic Survey of India has yet to address mental health in a substantial manner after the implementation of the Act – with the only mention of mental health in this period being a cursory reference in the context of information asymmetry in healthcare and changes in the approach to medicine during the Covid-19 pandemic (Economic Survey 2020-21). In contrast to the President’s declaration in 2017, more recently, the government does not acknowledge the magnitude of mental health disorders in India as nearing a “pandemic”. Questions in parliament regarding efforts to improve mental health for particular demographic groups (for example, the elderly) largely elicit a standard response – pertaining to initiatives by NIMHANS to improve general mental health and the NMHP/DMHP – with no mention of any targetted interventions or any plans to do so.

Acknowledging the extent of the issue would be the first step towards addressing the mental health crisis in the country. The next and most pertinent step – given the socioeconomic groups largely affected by the crisis – would be to take initiative towards making mental healthcare more accessible, with targetted interventions for vulnerable groups.