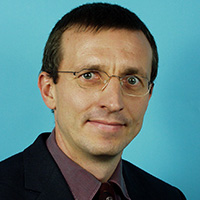 In this article, Stephan Klasen gives an overview of the existing evidence on the supply- and demand-side drivers of female labour force participation in India.

In recent decades, India has enjoyed economic and demographic conditions that ordinarily would lead to rising female labour force participation rates. Economic growth has been high, averaging 6-7% in the 1990s and 2000s; fertility has fallen substantially (the Total Fertility Rate fell from 4.0 to 2.6 between 1990 and 2010); and female education has risen dramatically, albeit from a low level (total years of schooling of the female population aged 15 and above increased from 2.6 in 1990 to 4.8 years in 2010). In other regions, including Latin America but also the Middle East and North Africa, similar trends have led to substantial increases in female participation (World Bank, 2012). Yet National Sample Survey (NSS) data for India show that female labour force participation rates of women aged 25-54 (including primary and subsidiary status1) have stagnated at about 26-28% in urban areas, and fallen substantially from 57% to 44% in rural areas between 1987 and 2011. As a result, national female labour force participation rates have also fallen; the rising urban population share, where female participation is lower, has exacerbated the decline2. Choosing different age groups or different surveys essentially tells the same story, even though the levels differ slightly.

This is an important issue for India's economic development (Klasen and Lamanna 2009). India now is in the phase of the 'demographic dividend' where the share of working-age people is particularly high, which can propel per capita growth rates through labour force participation, savings, and investment effects (Bloom and Williamson 1998). But if women largely stay out of the labour force, this effect will be much weaker and India could run up labour shortages in key sectors of the economy. Also, there is a wealth of evidence suggesting that employed women have greater bargaining power with positive repercussions on their own well-being and that of their families (World Bank, 2001).

A Feminisation U hypothesis for female labour force participation?

One possible explanation for this trend could be that India is behaving according to the feminisation U hypothesis, first mentioned by Sinha (1967) and popularised by Goldin (1995), where, in the development process, female labour force participation first declines and then rises. The hypothesised mechanisms for the decline are a rising incompatibility of work and family duties as the workplace moves away from home, an income effect of husband's earnings, and a stigma against females working outside of home (generally, or in particular sectors). The rising portion then comes with a receding stigma, high potential earnings of females as their education improves further, as well as fertility decline, and better options to combine work and family duties.

I argue below that some of the mechanisms may be at work in India. Also, a strong U-shape in the (cross-sectional3) relationship between education and female participation is visible in the data, with the turning point in urban areas having shifted recently from completed middle school to completed secondary education (Klasen and Pieters 2015). But the story is not that straightforward for at least four reasons. First, as shown by Gaddis and Klasen (2014), the empirical support for the feminisation U hypothesis is feeble at best, points to a very shallow U if at all, and depends on datasets, and methodology. Second, that same study also finds that the feminisation U cannot explain the vastly different levels of female participation between countries. For the case of India, female labour force participation rates are 22 percentage points below their expected level in a feminisation U curve. Third, Lahoti and Swaminathan (2016) who investigated the feminisation U hypothesis for the Indian case using a state-level analysis, find little support for a U-shape of female participation in the Indian case. Lastly, while income effects, the separation of home and work, and stigma might explain declines in female participation, the rapid fertility decline is associated with the rising portion and should mitigate these trends.

While there used to be relatively few quantitative analyses that tackled this issue, a number of new studies have appeared in the last few years that try to shed light on this phenomenon. The majority of studies use micro-level data, often NSS data. Using such data is particularly useful if one sees the issue mainly as a labour supply issue and wants to understand drivers of female labour supply. Demand issues can only be imperfectly captured with such an approach although some studies try to do that (including Chatterjee et al. 2015, Klasen and Pieters 2015). Also, none of the studies are able to present well-identified structural models of labour supply as this would require good instruments to identify the selectivity-corrected own-wage effect on female participation4which are hard to find and tend not to lead to robust results (see Klasen and Pieters 2015). As a result, all studies are reduced-form estimations that do not try to also estimate an own-wage effect on female participation5.

The study that focusses most exclusively on supply factors is by Afridi et al. (2016). After first showing that much of the decline in female participation in rural areas occurs among married women aged 25-64, they then show that from 1987 to 2011, own education, the income effect (proxied by arguably endogenous household expenditures6), and husband's education can account for most of the decline in female labour force participation in rural areas. They also provide suggestive evidence that the decline associated with rising female education might be driven by increasing returns to home production, relative to market production. This might be particularly relevant if the domestic production is childcare and involves promoting the education of one's children. While the educated women that drop out indeed report to be engaged in home production, the direction of causality is less clear. Maybe women drop out of the labour force for other reasons and then report to focus on domestic activities. Also, it would be good to test whether this decline of participation occurs particularly among women with children in school-going age.

Sorsa et al. (2015) from the OECD (Organisation for Economic Co-operation and Development) also mostly focus on supply issues. Analysing data from 1987-2012, they find a strong income effect, a negative (but over time declining) effect of husband's education, a U-shaped own-education effect, a negative effect of children, marriage, and the presence of in-laws, and positive effects of access to finance and infrastructure, and access to the Mahatma Gandhi National Rural Employment Guarantee Act (MNREGA) employment. Labour demand variables, (imperfectly) proxied by local employment structure, do not display a large impact. Results from Das et al. (2015) from the IMF (International Monetary Fund) estimate a more reduced model. The findings are quite similar to Sorsa et al. (2015), especially on the role of children, marriage, infrastructure, and MNREGA. Additionally they find an apparently positive effect of a (rather crude) indicator of state-level labour market flexibility, and a positive effect of social spending.

Klasen and Pieters (2015) focus on the stagnation of participation of married females in urban areas. Using data from 1987-2011, they find that rising household incomes and husband's education, falling labour market attachment of highly educated women (related to falling selectivity), as well as adverse development in district-level labour demand, contributed to declines in female participation, while fertility decline and rising own education worked in the opposite direction, to generate a net stagnation. More generally, they argue that their results are consistent with a story that rising education and incomes are allowing women to get out of menial and undesirable employment, while jobs deemed appropriate for more educated women (especially in healthcare, education, and public service) have not grown commensurately with the rise in female education, leading to falling participation among more educated groups.

The paper by Chatterjee et al. (2015) also uses micro data but shifts the focus more towards labour demand. While they confirm many of the supply factors (marriage, children, partner's schooling), the lack of availability of agricultural and non-agricultural jobs in rural areas appear to be a strong factor driving the declining participation in rural areas. This is also consistent with claims made by Kannan et al. (2014) and Chand et al. (2014), who also see poor agricultural performance and the lack of non-farm rural jobs as the main driver. Kapsos et al. (2014) broadly argue in the same direction and suggest that a lack of employment opportunities for women appears to drive most of the decline in female participation.

Using aggregate data, Lahoti and Swaminathan (2016) study to what extent structural change can explain trends in female labour force participation using state-level decompositions. They find that the particular structural change in India, which led to a rapidly shrinking agricultural sector in favour of a rapidly expanding service and construction sector, mainly contributed to the declining female labour force participation. The lack of a shift towards manufacturing as well as the persistently low female share in manufacturing ensured that the labour force as a whole did not become more female.

In summary, it appears clear that labour supply factors do play a role in depressing female incomes. It appears particularly difficult for married women with some education and children to be employed, especially if they have an educated and well-earning spouse. But labour demand factors also matter. Particularly in rural areas, it appears that the declining agricultural employment have left a gap in employment opportunities for women as non-agricultural jobs have not emerged at the required pace.

But many questions remain open. The role of own education needs further investigation. Clearly it appears that rising female education is not associated with a commensurate rise in labour market attachment. Education appears to play other roles. Klasen and Pieters (2015) argue it also plays a role in the marriage market, and Afridi et al. (2016) suggest it affects productivity of home production. Second, the role of in-laws seems to differ across studies. While Das et al. (2015) and Sorsa et al. (2015) find that the presence of in-laws reduce female participation, Chatterjee et al. (2015) find the opposite. Third, the role of policies needs to be investigated more clearly. On the one hand, more micro evidence on the effectiveness of employment policies is crucially necessary. Jensen et al. (2012) provide interesting experimental evidence but more is required here. On the other hand, the role of macro, trade, and structural policies also need to be investigated. When comparing India with its (poorer) neighbour Bangladesh, one notices how an export-oriented manufacturing-centred growth strategy has led to increasing female employment opportunities. China, of course, also pursued such a strategy much earlier with similar impact on female employment. India's growth strategy has focussed on domestic demand and high-value service exports which generate too few employment opportunities for women, particularly those with medium levels of education. Lastly, policies will be needed to tackle the social stigma that appears to prevent particularly educated women from engaging in outside employment. Here public debates of this issue and its impact on women are clearly necessary.