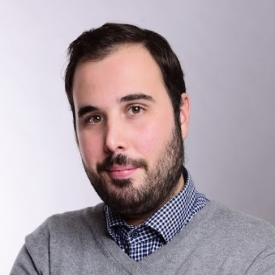 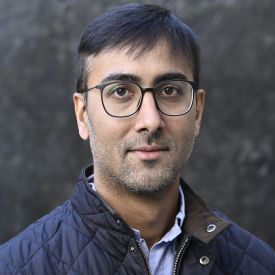 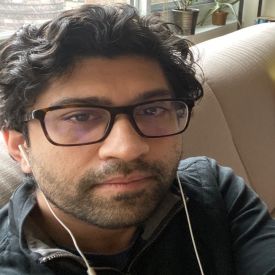 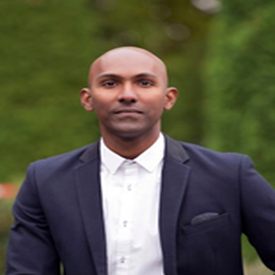 Since the 1980s, the shares of manufacturing in value-added and employment across a range of developing economies peaked at lower levels of per capita income than in, early industrialised economies (Rodrik 2016). This ‘premature’ deindustrialisation reflects a structural transformation, where the services sector has grown relatively faster. Some of this growth can be attributed to tradable services (such as information and communications technology, business, and financial services) that are offshorable just like goods. Digital technologies have boosted trade in these services (Freund and Weinhold 2002), many of which now have trade costs comparable to manufacturing industries (Gervais and Jensen 2019). Tradable services have also had broader productivity impacts because they enable trade in goods. For instance, there is evidence that the liberalisation of telecommunications and transportation services has improved the productivity of downstream manufacturing firms (Bas 2014, Arnold et al. 2016).

However, many of these tradable services are also typically skill-intensive (Nayyar 2012a, Amirapu and Subramanian 2015, Nayyar et al. 2021a). Large numbers of low-skilled workers are often employed in services such as retail and hospitality, that are associated with a high intensity of face-to-face interaction between consumers and services providers. While there is some evidence to suggest that these non-tradable services have contributed to productivity growth (Fan et al. 2021), demand is typically constrained by the size of the local market. This reduces workers’ opportunities to benefit from international trade. Therefore, a first order question is whether less traded services that often account for the lion’s share of services employment1 in developing economies can benefit from services trade. India provides relevant context, given the rapid growth of its export-oriented services (such as software and business process outsourcing) since the 1990s (Eichengreen and Gupta 2011; Nayyar 2012a).

To classify sectors into tradable and non-tradable, we follow the approach proposed by Head and Ries (2001), and then adapted by Chen and Novy (2011) using data from the World Input-Output Database.

Following these definitions, implied bilateral trade costs can be expressed as a ratio of intra-national to international trade flows. All else being equal, the more two countries trade with each other, the lower is the measure of relative trade costs. Conversely, if domestic consumption becomes relatively more important in either country, this indicates larger international trade frictions or lower tradability. We set the threshold for trade costs equal to the highest level for manufacturing, such that all manufacturing is just tradable. Our sample then contains 35 broad service sectors, of which 17 are classified as non-tradable (Table 1). 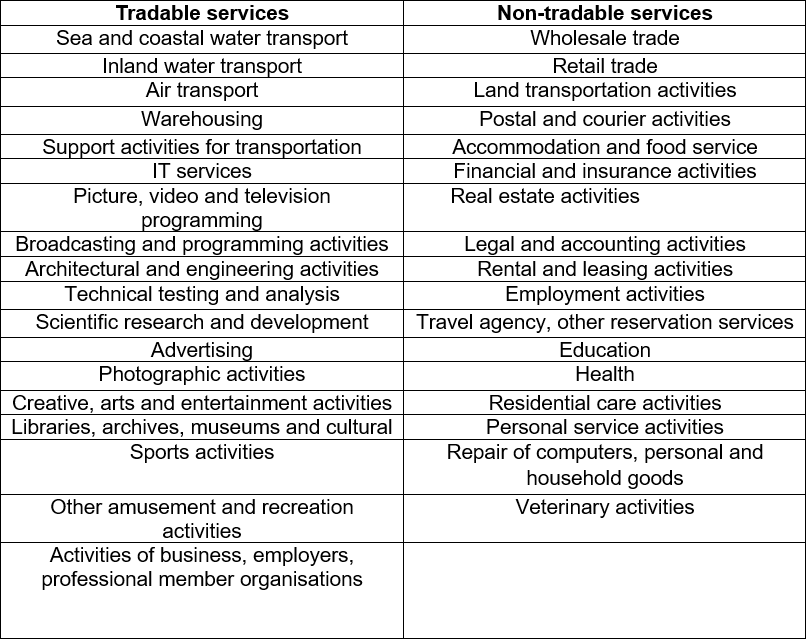 Our main data sources include multiple rounds of the Economic Censuses in India (from 1990, 1998, 2005 and 2013). The census covers all economic enterprises in the country, except those engaged in crop production and plantations, and provides information on the number of workers hired by each enterprise, the number of enterprises, as well as ownership (whether male or female) of enterprises. We aggregate this information at the district-level. We also use National Sample Survey (NSS) household expenditure data from 1990, 2004-05 and 2011-12. To explore linkages between tradable and non-tradable services sectors, we use the Indian Input Output Transactions Table from 2006-2007. 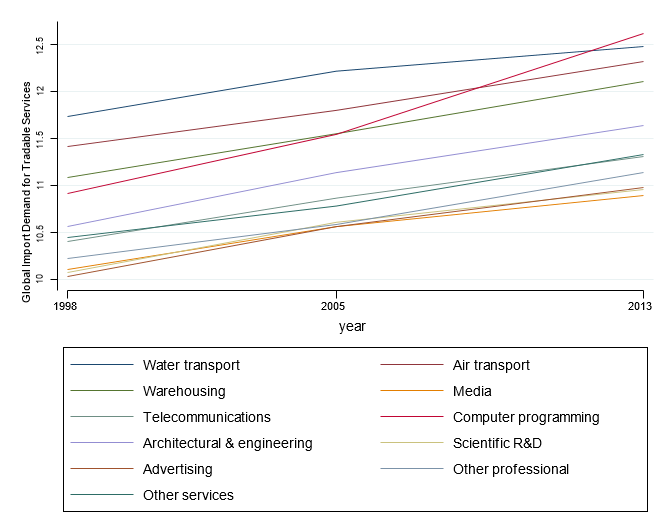 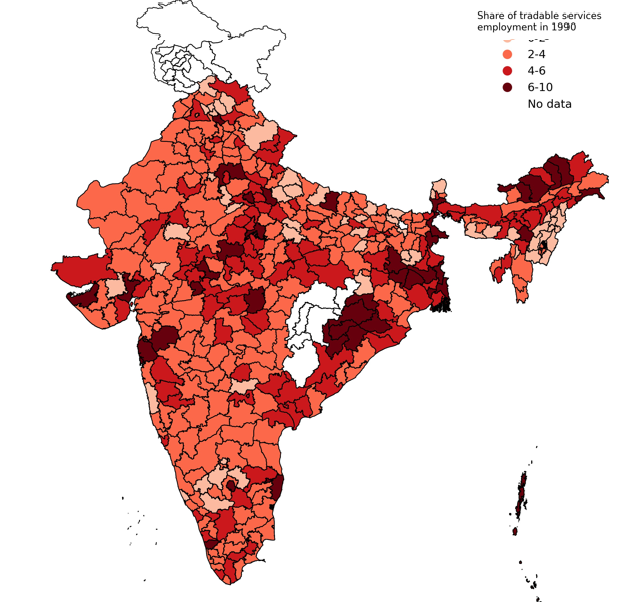 Analysing the heterogeneous effects of services trade on non-tradable services by firm size is also important because establishments in non-tradable services (such as retail trade) tend to be significantly smaller than manufacturing establishments. This observed gap in establishment size can be explained, at least in part, by the extent of informality that pervades non-tradable services, such as retail and personal services, in developing economies (Nayyar et al. 2021b). There are also overlaps between gender and firm size: women are more likely than men to operate in informal firms that are typically smaller (Hallward-Driemeier 2013). We therefore look at gender and firm size as two important margins of heterogeneity.

Our paper provides new evidence on a dimension of structural transformation that is often ignored by policymakers who are most concerned with the movement of labour from agriculture to manufacturing. In India, the positive contribution of structural change to economic growth after the 1990s was largely attributable to the expansion of IT, business process outsourcing (BPO), and other business services (McMillan et al. 2017). We find that the growth of employment in these tradable services has a positive impact on growth of employment in non-tradable services. This impact magnifies the magnitude of employment creation associated with the growth of tradable services.